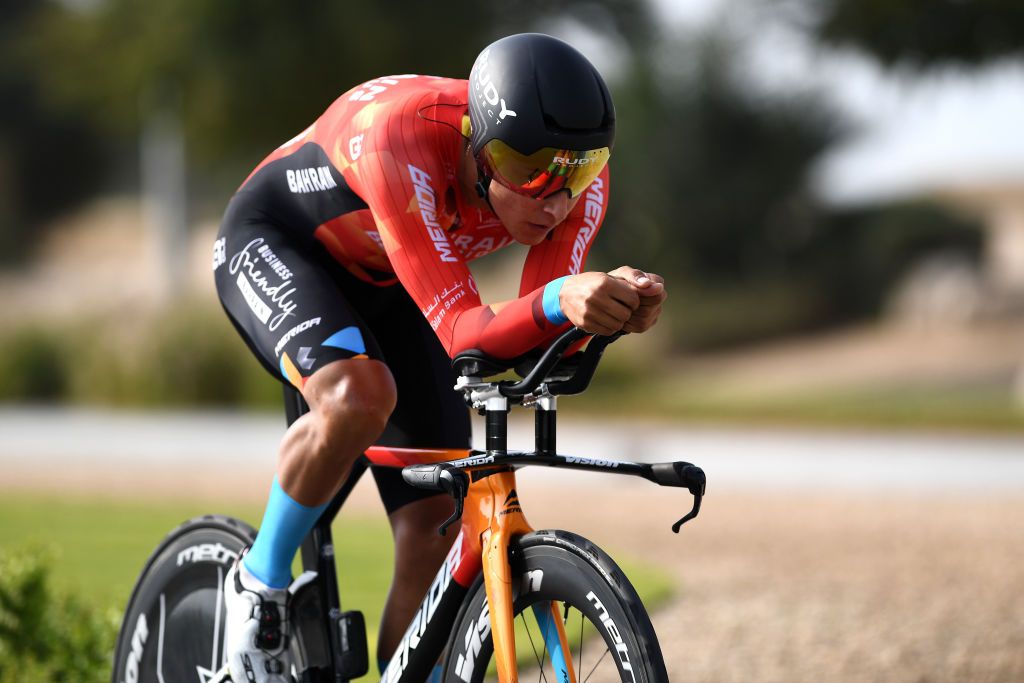 Now, Osorio, 23, says he cannot discuss his being fired on advice from a lawyer, suggesting he is fighting the action.

Osorio spoke to Paisa Deportes (opens in new tab) at the Clásica de Rionegro, where he raced to third on the opening stage, about getting let go by the team he joined this year after racing for Caja Rural for the last two seasons.

According to a report in Velonews, Bahrain Victorious manager Milan Erzen said Osorio violated team rules by leaving the sanitary bubble intended to keep riders from contracting COVID-19. Osorio says he thinks it was a misunderstanding.

“We had some problems, nothing serious, for now the lawyer told me not to talk about it, we had problems in the races, I think that more than everything it was because of the language, I did not understand anything in the race, so it was more than everything because that… we had a disagreement,” Osorio said in a video posted by Paisa Deportes.

“I prepared myself very well, the truth is I did not feel welcome, I came from teams that were like a family and from there it became just work, work, work and from there the problems began.”

Bahrain Victorious had COVID-19 positives within in the team before Osorio joined for the UAE Tour and Strade Bianche, including Matej Mohorič, who reportedly came down with it in early February after the Volta a Valenciana.

Osorio said he planned to race at the Itzulia Basque Country this week and the Volta a Catalunya last month but tested positive for the virus on March 18, which was around the same time a large portion of the peloton fell ill after Paris-Nice or Tirreno-Adriatico.

For now, the 23-year-old intends to continue racing in Colombia. “I am very young, I am calm and I feel that I did things right,” he said.