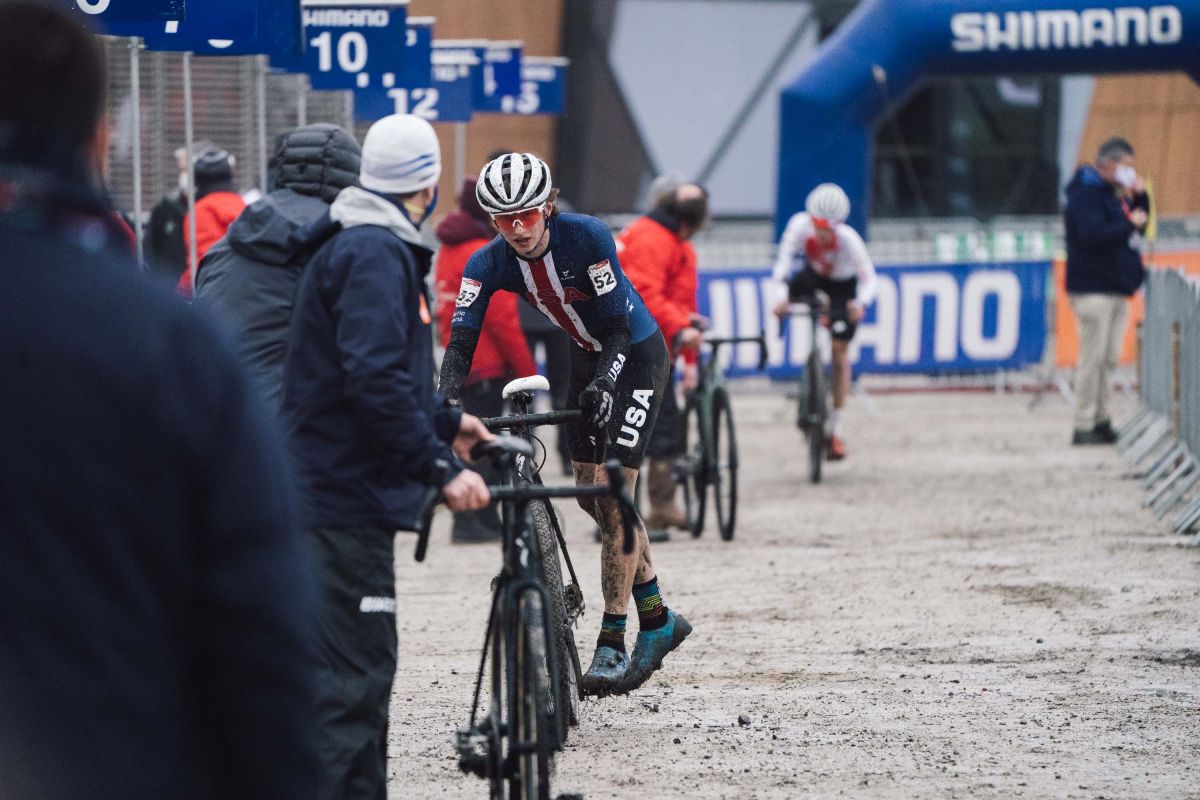 As many of my teammates here with me in Belgium have said, Belgium is an incredibly special place in regards to the influence and impact it has on cyclocross and cycling as an entire sport. The experiences that are possible here are truly unique to Belgium and I am very grateful to be given this opportunity by EuroCross Academy (ECA) and Geoff Proctor.

Earlier this week, on a short ride in the cyclocross training forest outside of the town of Lichtaart, a few other riders and I were riding along when we saw a tall rider in bright red and yellow kit. As the rider came closer, we recognized the Jumbo-Visma clothing, and the sparkly Red Bull helmet as he came into view. We immediately realized that this was the legendary racer Wout van Aert.

Wout is a very unique rider because he races and finds success in not one, but two of the most physically and mentally challenging sports in the world. He has ongoing and successful careers in both road and cyclocross. He has won stages in the Tour de France, as well as three elite cyclocross World Championships. He is very possibly one of the greatest riders to ever live.

As we came face to face, he raised his hand off of his handlebars and offered a wave. We all waved back, but this sent the fanboy in me into overdrive. To explain what this simple action meant to me would be impossible, but I can say that it was very powerful.

After seeing Wout, we rode around the forest for a little bit and stumbled across his Jumbo-Visma vest hanging on a post: name, number, world champ stripes and all. It was very odd to see something that held so much value to us while only being a simple piece of clothing. We all took pictures with the vest. The coach who was riding with us, Roger Aspholm, remarked that we looked like tourists taking a picture in front of a landmark in the US.

In essence, it truly was a temporary landmark in a small forest, outside of a small town, in the middle of Belgium.

SOURCE: CyclingNews   (go to source)
AUTHOR: Ben Stokes
All copyrights for this article, including images, are reserved to the original source and/or creator(s).