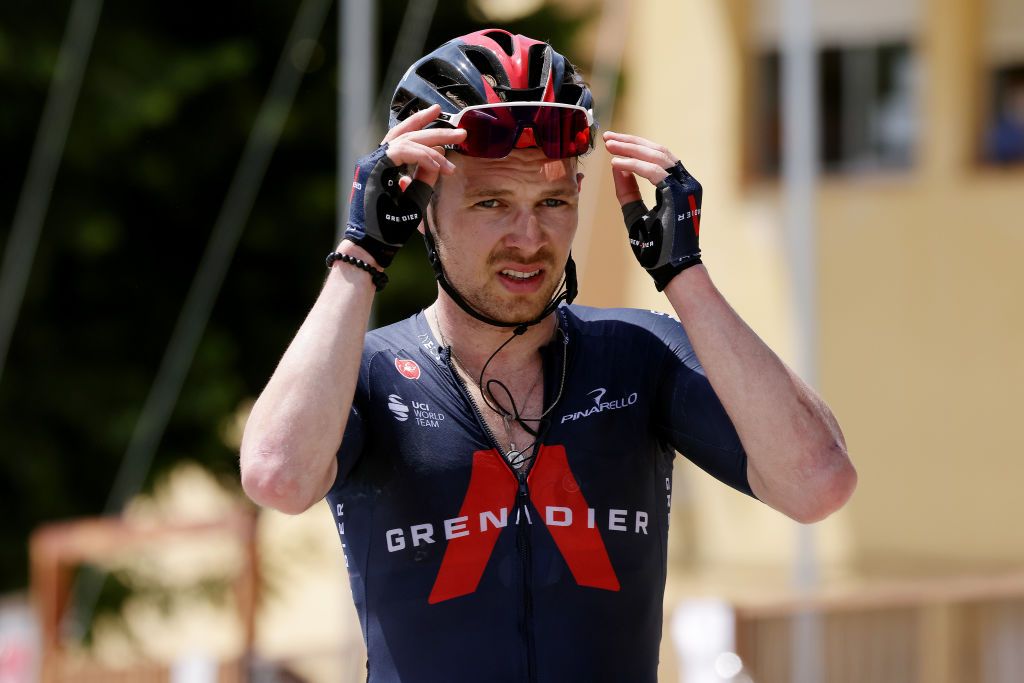 Owain Doull put in a respectable performance on stage 3 of the Tour of Britain, helping Ineos Grenadiers to the team time trial victory as well as the overall race lead for Ethan Hayter. However, the race also marks one of Doull’s final ventures in Ineos kit, with the all-rounder set to leave at the end of the season.

Doull’s new squad will make the announcement of his arrival in the next week and the move will give the 28-year-old what he craves most: greater responsibility and the chance to compete for places in Grand Tours.

Since turning professional with Ineos [formerly Team Sky] in 2017 he has yet to race beyond week-long events and, while he leaves Ineos with no ill-feeling, he certainly believes that a fresh opportunity is just around the corner.

“I can’t say too much about next year but I’m signed and done,” Doull told Cycling News at the finish of stage 3 in Wales.

“I love this team and I don’t have a bad word to say about them. They’re the most professional outfit going and they’ve done a lot for me, both professionally and personally. I can’t thank them enough for the support that they’ve given me but at the same time change is also good.

“I need opportunities and the chance to gain that experience and ride the bigger races. I think that if I stay in this team then it’s going to be tough for me to make Grand Tour selection. I know what level rider I am, and what I’m capable of, and I don’t want to stop my career having not done the biggest races. It was a hard decision but also an easy decision at the same time.”

Doull hasn’t been completely shut out of Grand Tour conversations since joining from Team Wiggins but even when shortlisted for the Giro d’Italia or Vuelta a España he has found himself pushed out by more experienced riders or young riders with better track records.

“There were a few points in the year when my race programme would change. I was in good enough shape to do certain races. It’s difficult with this team because everyone is so professional and the level is so high. So you’re disappointed but you can see why. I just didn’t feel that my trajectory was moving in the right direction,” he said.

There have been successes at the British team – second in Kuurne-Brussels-Kuurne was a reminder of his potential back in 2019. His new team will provide a less Grand Tour-based focus and a shallower pool of three weeks specialists – all of which should see Doull finally get his chance.

“I’m excited about a change but it is mixed emotions,” he added. “I’m ready and if it hadn’t been now then it might not have ever happened.”