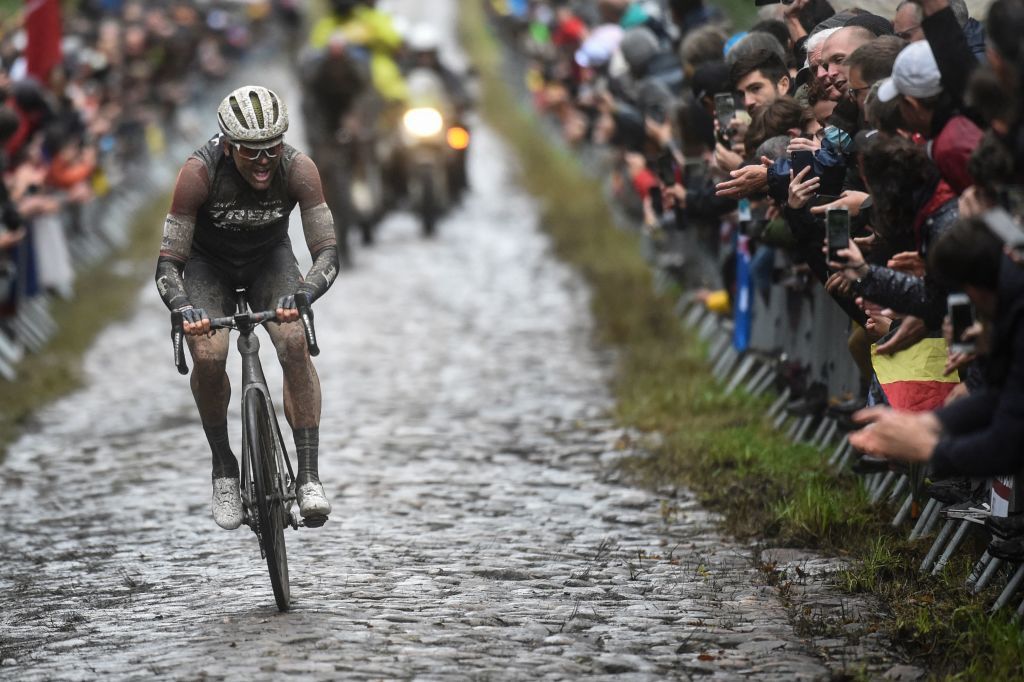 As is the tradition every week ahead of Paris-Roubaix, the race director Thierry Gouvenou and now the Paris-Roubaix Femmes director Franck Perque carefully preview all of the stretches of narrow, rough cobblestone farm roads and assign stars for the level of difficulty.

After Tuesday’s reconnaissance, the ASO stripped one star of difficulty from the 2022 Paris-Roubaix route and reported that the pavé sectors are dry and in unusually good condition.

“I don’t remember the cobblestones ever being so dry and so good before,” Gouvenou said, according to Sporza. “They are exceptionally dry. Normally you have to do some fine-tuning after such a reconnaissance, but that’s not the case now.”

Last year’s October edition was one of the most epic in the history of the race, with thick, heavy mud covering many sections of pavé. The Bourghelles to Wannehain section with 26km to go spelled the end of Gianni Moscon’s hopes for the victory when he slid out in the mud and crashed. Women’s winner Lizzie Deignan also found herself sideways on the same stretch but held it up to go onto the win.

This week, the mud is gone and the sun will be out for the 125km Paris-Roubaix Femmes on Saturday and the men’s 257.2km Monument on Sunday.

“It will be dry on Sunday. We also begged for rain at the organization for a long time and we were at our beck and call in 2021. Now we are happy that the sun is back. It makes for much less stress,” Gouvenou said.

The lost star of difficulty comes from the penultimate sector – Willems to Hem – a 1.4km stretch of pavé that comes with 8.2km to go, which has been recently rehabilitated. There are still a total of 94 stars for men and 57 for women spread across the 30 sectors for men and 17 for women.

The race is still far from easy, however, with a total of 54.8 kilometres of pavé and three five-star sectors – the Trouée d’Arenberg, Mons-en-Pévèle and the Carrefour de l’Arbre – for the men and 29.2 kilometres and two five-star sectors for the women, whose route joins up with the men’s after the Arenberg forest and Wallers to Hélesmes sectors (19 and 18).

The first section for the women is Hornaing to Wandignies, a 3.7km three-star sector where in the inaugural edition last year Lizzie Deignan launched her early winning move. Taking advantage of the trepidation of the peloton as the women faced their first Paris-Roubaix cobbles, Deignan showed exceptional bike handling skills in powering to victory.

This year, Gouvenou says, the work done just six months ago to clear thick swaths of mud from the cobbled roads has held up, making for exceptionally good conditions on the course.

“I don’t remember that the cobblestones have been so dry and well placed,” Gouvenou said according to Sporza. “We’ve benefitted from the work we did in October.” Giving the section at Wallers as an example, the Frenchman said, “Last autumn it was mossy and swampy, but we are now reaping the benefits of the cleaning work in the autumn.”

Other changes include adding back the longer version of the Vertain sector (26) and the two-star Saulzoir sector (24), but the overall length of cobbled sectors remains unchanged from 2021.