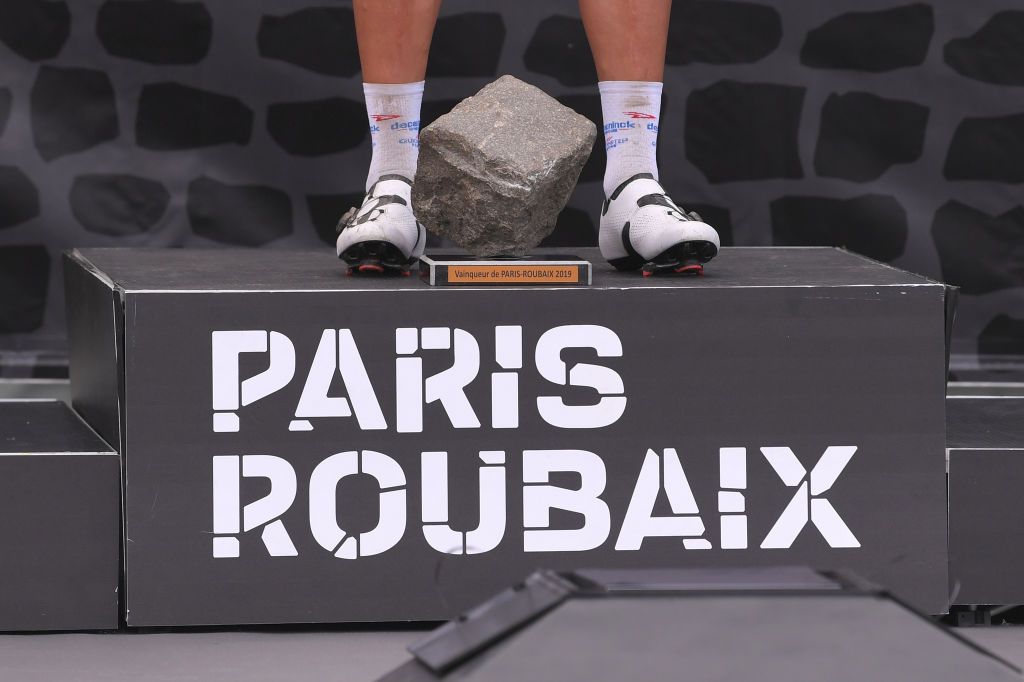 There has been much anticipation and excitement regarding the addition of a women’s Paris-Roubaix to the calendar and while the prospect of being the first winner of this momentous event is a huge prize to fight for, the payout the victor will receive isn’t. The size of the prize purse for the first woman across the finish line at the Roubaix velodrome will be just a 20th of that received by her male counterpart.

The €1,535 prize for winning the Paris-Roubaix Femmes sits in line with the UCI minimum requirement for Women’s WorldTour races. The €30,000 the rider who claims victory in the men’s edition of the Paris-Roubaix receives is 50 percent above the already considerably larger minimum payout amount. The overall purse paid across the top 20 riders for the men is €91,000 and for the women it is €7,005.

The Cyclists’ Alliance – among a group of Tweets highlighting information about the race – included the two prize pools side by side and it clearly caught attention as the retweets quickly stacked up. Canadian champion Alison Jackson was among those who shared the post, also highlighting the differing coverage.

“Actually, what is more of a bummer is that live broadcast is only for the last 60km, which means missing the first 4 cobbled sectors (~11km of cobbles),” said Jackson. “For history in the making, and for all the fans who want to see, there shouldn’t be any stone left unturned (so-to-speak).”

Prize money and television coverage have been recurring issues women’s cycling, with the relative importance of each issue debated when it comes to the allocation of a limited pool of resources. While the growing number of women’s events being introduced to run alongside some of the most prestigious races on the men’s calendar have been welcomed, it does turn the spotlight on the stark contrast in the – at times interlinked issues – of coverage and prize purses.

Just one example is Omloop Het Nieuwsblad earlier this year, when Anna van der Breggen took away €930 after winning the 1.Pro ranked women’s race while Davide Ballerini earnt €16,000 for the men’s group two WorldTour race, raising controversy. Flanders Classics CEO Tomas Van Den Spiegel said at the time that he was: “Quite disappointed with all the reactions we are getting about prize money after all the financial investments we have continuously made into women’s cycling for years now.” He said that a higher priority was placed on first-ever live coverage of the women’s race.

Organisers of the Paris-Roubaix Femmes, Amaury Sports Organisation (ASO), have said the Women’s WorldTour race which starts at 13:35 (local time) will be broadcast from 15:15, about two hours ahead of the finish in the Roubaix velodrome.

The disparity in these areas of road cycling is at odds with other disciplines of the sport, with women’s mountain bike and cyclo-cross World Cups both having live coverage and UCI requirements for equal prize purses for the elite men and women. A huge gulf, however, in required prize money remains in road cycling.