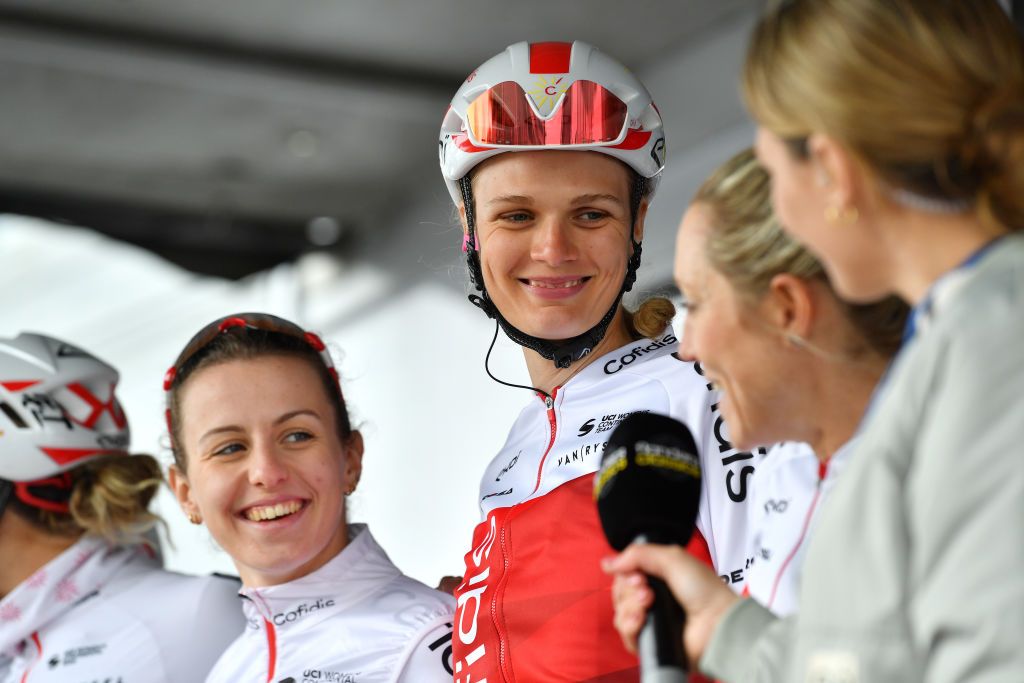 Pernille Mathiesen has retired from professional cycling at the age of 24 to focus on her overall health, following a battle with an eating disorder and mental health struggles.

The Danish rider explained her decision in a candid Instagram post, accompanied by a series of pictures documenting her career highlights.

“Cycling always been a huge part of my life and identity,” Mathiesen continued. “I started racing when I was 8 years old and been ongoing for 16 years. I’ve been professional for 6 years, on my absolutely dream teams… Virtu, Sunweb, Jumbo-Visma and Cofidis and I am thankful for all the experiences I got and all the people I’ve met.”

While at Sunweb (now Team DSM), Mathiesen finished 3rd overall in the 2019 Madrid Challenge by La Vuelta and second overall at the Thüringen Tour following impressive performances in individual time trials at both these races, but the results came at a cost.

“I’ve also been struggling with mental health and an eating disorder because of the massive focus on body composition there is in the sport,” she said. “I am proud of my achievements, my results through the years and I am really proud of this decision I took to focus on my overall health.”

After spending three years at Team Sunweb and a year at Jumbo-Visma, Mathiesen joined Team Cofidis at the beginning of 2022 on a contract intended to last two years.

“I also want to thank Team Cofidis for their understanding and handling of this situation,” she said. “I signed a 2 years contract with the team in September and breaking the contract with a great team before time haven’t been easy.”

“It’s now time to find joy in other things in life, because nothing is worth not being happy.”