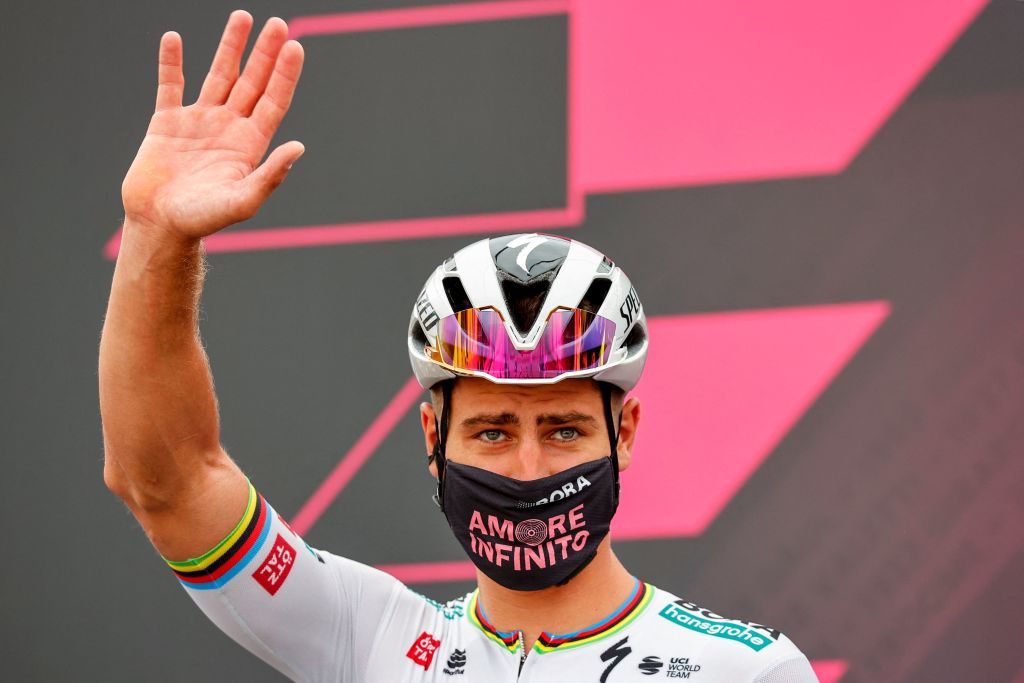 Peter Sagan and his brother Juraj have tested positive for COVID-19 for a second time, 11 months after first catching the virus.

“My brother Juraj and I took Covid-19 tests which, unfortunately, came out positive. We have symptoms related to the virus and we are following the corresponding guidance set by the relevant authorities. I’ll keep you posted.”

Sagan was due to reveal the 2022 TotalEnergies racing kit at the French team’s service course on January 10 in France and then attend a training camp in Calpe, Spain.

However, under the latest French COVID-19 regulations, he will now have to isolate at home in Montecarlo for at least five days and return a negative test. As per the UCI COVID-19 medical protocol, he will also need to undergo a series of check-ups to confirm he is fit to train and race.

He was due to make his debut in TotalEnergies colours at the Vuelta a San Juan in Argentina but the early-February stage race has been cancelled due to COVID-19.

They were obliged to quarantine for ten days under the Spanish health regulations in force at the time. That hit Sagan’s early-season form and he opted to miss the opening weekend in Belgium and Strade Bianche in Italy. He started his 2021 season at Tirreno-Adriatico and finished fourth at Milan-San Remo before adding the Volta a Catalunya to his calendar. However, that meant he only rode the Tour of Flanders – where he finished 15th – before riding the Tour de Romandie to prepare for the Giro d’Italia.

He won the stage to Foligno and consistency on other stages secured him the points jersey but Sagan’s difficult season continued after he crashed with Caleb Ewan on stage 3 of the Tour de France and then abandoned due to a knee infection before stage 12.

Sagan opted to join TotalEnergies for 2022, signing a two-year contract, with the aim of helping the French ProTeam grow and win bigger races. He helped bring Specialized and clothing brand Sportful to the team as key technical sponsors.

“There were several teams that showed interest, but Bernaudeau’s team showed the most respect for me,” Sagan told Vélo Magazine last November.

In late November, Sagan apologised after being fined €5,000 by a Monaco court for violating a COVID-19 curfew last April and for injuring a police officer when he was stopped with his brother Juraj.