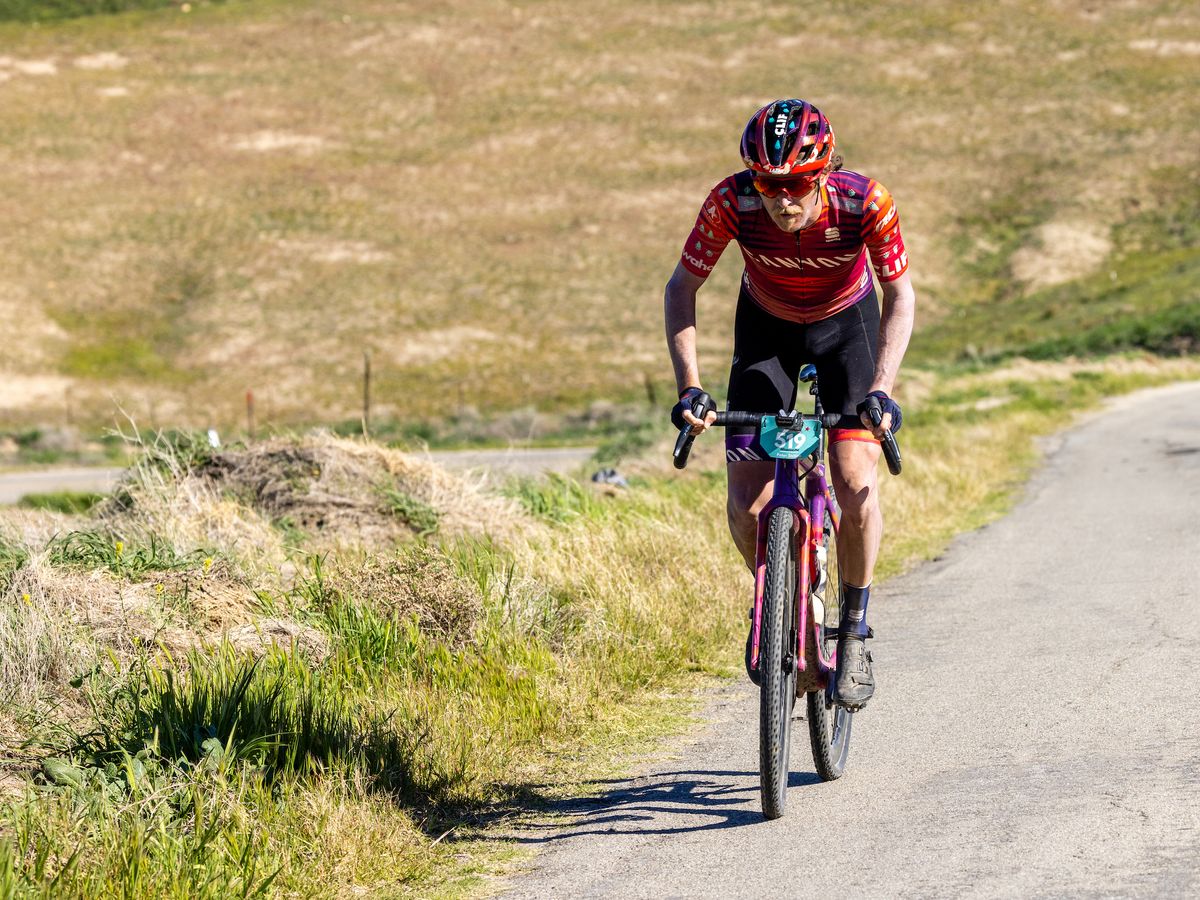 Peter Stetina will be the first to tell you spring hasn’t been the smoothest. From dealing with a broken wrist to organizing his own gravel event, Stetina’s Carson City Paydirt, as well as preparing to welcome twins with his wife this summer; it’s safe to say life has been busy for the 34-year-old.

Despite this, Stetina feels ready for Garmin Unbound Gravel presented by Craft. He’s taking the start line, wrist healed and brace removed, with the experience of a former two-time podium finisher, in 2019 and 2021, where he took second and third, respectively.

Since then, he says he and his long-time mechanic, “Big Tall Wayne”, aka Wayne Smith, have “gotten the hang of Unbound”, and this time Stetina really wants that top step.

“I think Unbound is really, the biggest and most prestigious gravel race in the world. I would love to have that feather in my cap. I feel like it’s been something that’s missing,” Stetina told Cycling News before he arrived in Emporia, Kansas for Unbound.

“Wayne and I have developed a pretty streamlined setup for this race, so we just need to recreate what we’ve been doing. Unbound is always the biggest logistical mess of the year. It’s a whole different game entirely, besides fitness. The flint stones of the famous Kansas Flint Hills are like razor blades. You can still find Native American arrowheads out there. You have to protect your tires above all else.

“There’s a lot more that goes into Unbound success besides just fitness. But I think I’ve given myself a decent chance,” said Stetina, who’s been in Lake Tahoe training at altitude with friend and training partner, Levi Leipheimer. “That said, you can’t put too much pressure on yourself because there’s a lot of luck that goes into it.”

Logistics are just one of the things that make Unbound unique, and Stetina said they are some of the most complicated of the gravel calendar. Riders have to be fully self-supported outside the two aid stations and finish on the same frame, meaning anything and everything on your bike can be swapped out should a mishap occur.

“You need to be prepared for anything. And that means Wayne and I are dialling in any possible scenario,” Stetina said. “Wayne has it down to where he can change a rear derailleur in under 60 seconds if he needs to. Fueling is important. Dehydration is a big issue. And then, the pits on themselves kind of run like F1 style. It’s quick, and it has to be precise. Tyre selection is also crucial. I really do love this.”

For Unbound, Stetina says he’s running an IRC DoubleCross tyre. He used it last year, and he’s confident in its abilities over the razor-sharp flint rocks the riders will encounter.

“I’ll probably put a new set on the night before the race to ensure there aren’t any minuscule slices already in the casing and fresh Orange sealing. You have to run sealant in them and top off that sealant and many tyre plugs. The course is all southern now, and many of us haven’t seen the southern parts. So I’ll bring a few other tyre options during my pre-rides if I decide to change it up.”

This year’s route will head in a southbound direction from the start in Emporia, into Greenwood and Chase counties. Due to some heavy rain and river flooding in the past few days, parts of the Unbound 200 course have been deemed impassable. The original route was 204.6 miles in length, but after a slight modification to head east after the Eureka checkpoint rather than south, the updated route, as of June 2, brought the distance to 199.98 miles (321.8km).

Amid Stetina’s training and prep for Unbound Gravel, he still found time to organize his own off-road event on May 21 in Carson City, Nevada. The number one goal? Reminding the community why they fell in love with the discipline in the first place. He plans to host it again in 2023.

“I wanted it to be the best day on the bike,” he said about the inaugural event. “So I asked myself, what would my best day on a gravel bike look like?

Paydirt helped the community in other ways too. For many, it was the first time racing together since the tragic murder of gravel star Moriah ‘Mo’ Wilson, who was killed in Austin, Texas on May 11.

“I can’t speak for everyone and say it gave everyone closure, but I feel like that was a silver lining for many people,” Stetina said. “Mo was a part of our NorCal cycling community. A lot of her closest friends and training partners signed up. I think it was a lot of her friend’s first public appearance since the tragedy, and they’ve kind of been hiding away, so I hope that this communal mourning and appreciation of her was therapeutic.

“Flavia Oliveria, our women’s champ, said she was thinking about Mo all day, and in technical sections, she could almost see the ghost of Mo dancing away from her in the corners. I think it did offer healing for a lot of people. And again, you can never speak for everybody. But I did get that sense. There was a lot of hugging out there.”

SOURCE: CyclingNews   (go to source)
AUTHOR: Clara Beard
All copyrights for this article, including images, are reserved to the original source and/or creator(s).