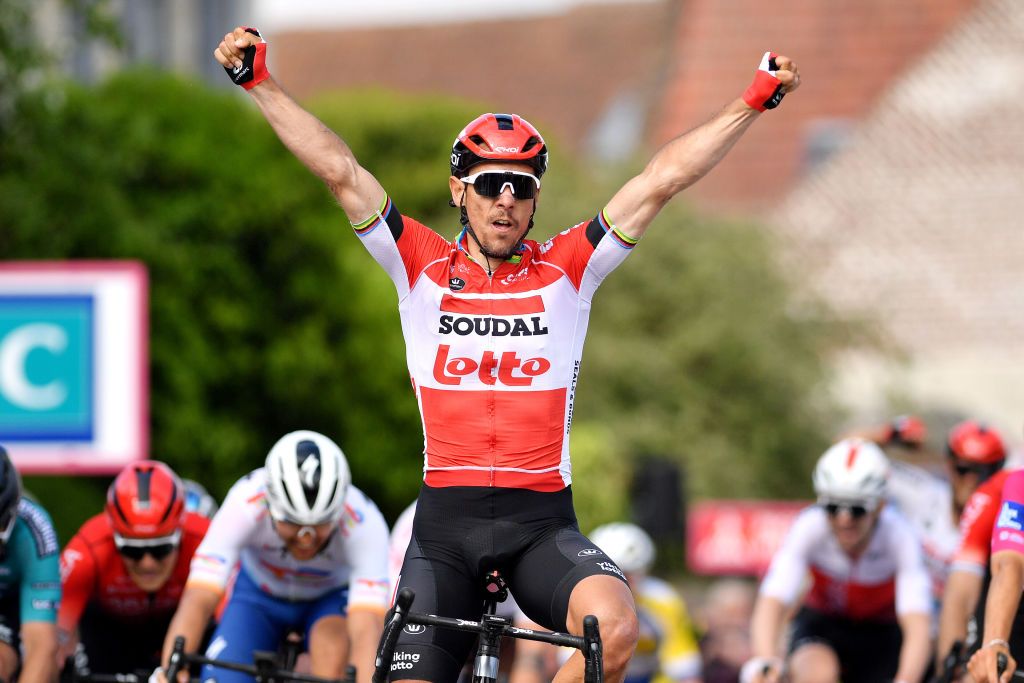 Philippe Gilbert showed that although he intends to retire at the end of the season, he still has the ability to win. The 39-year-old, who has victories in all the Monuments save Milan-San Remo, handily won the uphill bunch sprint on stage 3 of the 4 Jours de Dunkerque and moved himself into contention for the overall.

“This victory comes with a lot of emotions, it’s been a while since I took a win,” Gilbert said. “But I clearly haven’t forgotten how to throw my arms in the air.”

After taking his 79th career victory, Gilbert explained how the team had to adapt after their young talented sprinter Arnaud De Lie was taken out in a crash on the opening stage.

“We are here with a strong team and we were aiming for a good overall result and stage wins with Arnaud De Lie, amongst others,” said Gilbert. “Unfortunately he was forced to abandon in stage 1 so we had to adapt our racing strategy a bit. And so it was done. The team rode a perfect race today and I was able to finish it off at the end.”

With three stages still to go – including a perfectly Gilbert-suited stage 5 from Roubaix to Cassel sandwiched in between two stages for pure sprinters – De Kleijn and Gilbert hold a one second lead to third placed Samuel Leroux (GO Sport – Roubaix Lille Métropole). However, the entire top 60 on the GC is still within ten seconds.

“Everything is still to play for,” Gilbert said. “Tomorrow we might get another bunch sprint but Saturday’s stage on and around Mont Cassel will be crucial. I know the climb from Gent-Wevelgem and it will obviously be a hard day. But with six Lotto Soudal riders still within ten seconds on GC, we still have several cards to play.”

Gilbert’s last win came before the pandemic when he claimed a wind-swept stage of the 2019 Vuelta a España. Since then, he’s switched from Quickstep to Lotto Soudal, suffered from knee problems – the result of a fractured patella in the 2020 Tour de France. He announced he would retire last month.

The points for a victory in the ProSeries 4 Jours of Dunkerque are the equivalent of two stage wins in the Giro d’Italia, and would go a long way toward helping Lotto Soudal get out of last place in the 2020-2022 WorldTour team standings and avoid relegation from the top tier in 2023.