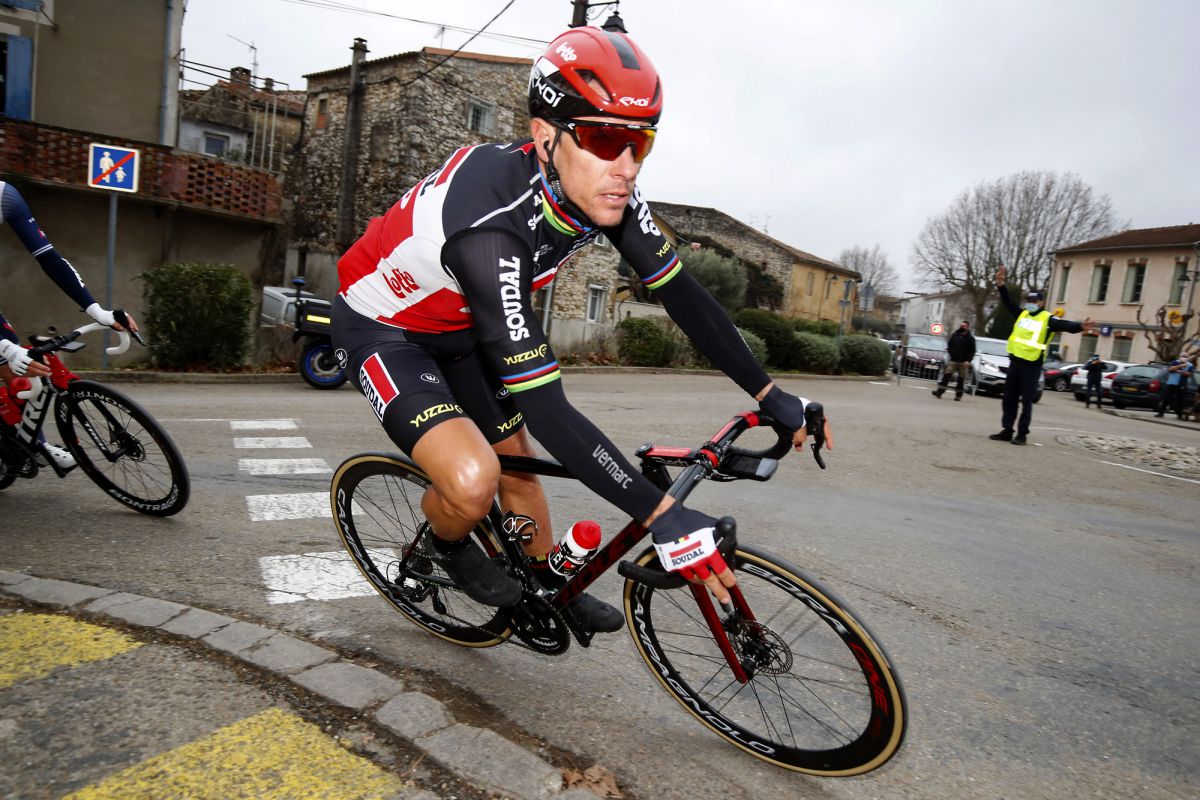 Philippe Gilbert (Lotto Soudal) will return to racing at the Ardennes Classics following a break to recover from mental and physical fatigue. The Belgian will not ride Saturday’s Amstel Gold Race but will line up at both La Flèche Wallonne and Liège-Bastogne-Liège.

After failing to finish the E3 Saxo Bank Classic and Gent-Wevelgem, Gilbert pulled out of the Tour of Flanders earlier this month, citing the toll of coming back from a knee injury that stretches back to last year’s Tour de France.

At the time, he didn’t have a specific time frame for a return, but on Monday he announced that he would return in time for the Ardennes races, 10 years on from his historic treble victory.

“Hello everyone, I’m happy to announce that I’ll be back racing at La Flèche Wallonne and Liège-Bastogne-Liège. It will be a chance to celebrate the 10-year anniversary of those two beautiful victories on my palmarès,” he posted to Instagram and Twitter.

Gilbert also won Amstel in that glittering campaign of 2011, but he’ll miss the Dutch race – which he also won in 2010, 2014, and 2017 – this time around. It will give him an extra few days to prepare for Flèche on April 21, which finishes on the steep Mur de Huy, and to be fresh for Liège on April 25, the third Monument of the season so far.

Gilbert’s struggles this season stem from the crash that took him out of the 2020 Tour de France on the opening day and left him with a broken kneecap. He returned to racing just over two weeks later, but had to abandon the BinckBank Tour and end his season when the pain resurfaced.

He backed off over the winter to the point where he lost significant muscle mass on his left leg, but he admitted he once again did too much too soon once he ramped up his training again from January. Despite placing fifth at Omloop Het Nieuwsblad, he was only pain-free from March 19, and it was clear from Paris-Nice, Milan-San Remo, and the Flemish Classics that he was not making progress.

“At the end of the day, not once have I been at my best this season. It’s time to stop and that will allow me to turn the page,” he said.

Gilbert is set to share leadership at Flèche Wallonne and Liège-Bastogne-Liège with fellow Belgian Tim Wellens.