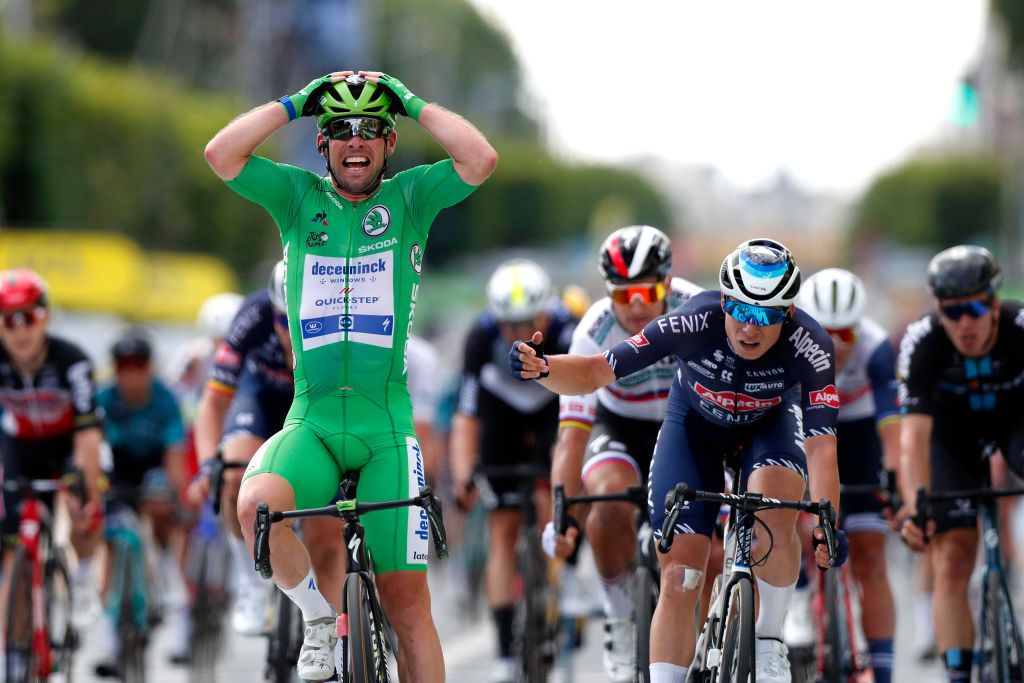 It was another day on the podium for Alpecin-Fenix sprinter Jasper Philipsen on stage 6, though the top step remained illusive, as even the perfect positioning wasn’t enough to stop a resurgent Mark Cavendish (Deceuninck-QuickStep) taking that spot for a second time at this year’s Tour de France.

That meant a second place for Philipsen, to add to his runner-up position behind teammate Tim Merlier on stage 3 and his third spot on stage 4, when Cavendish also won and Nacer Bouhanni (Arkéa Samsic) came second.

“The lead-out went very well and I was in perfect position for my sprint, but one rider was faster today,” said Philipsen in a statement put out by the team. “There’s no shame in being beaten by Cavendish. He’s been performing at a very high level.”

Still Philipsen has already expressed that it is the top step he is after. He said in an interview with Belgian press outlets on Wednesday that, “Tim and Mathieu [van der Poel] have already won and I’m behind. I hope that I can make up for that one of these days.”

While he now may have to wait for another day to take that first Tour de France victory and contribute to the team’s win tally, the 23 year old’s delivery of a podium position on every one of the three stages so far for the pure sprinters has helped shift him up the rankings in the green jersey competition. So too have the points he has accumulated on the intermediate sprints along the way.

After adding 30 points for second on stage 6, along with another 11 taken on the road, Philipsen leapfrogged Bouhanni and Michael Matthews (Team BikeExchange) in the points competition. The Belgian slotted into second, up from seventh, with 102 points. That puts him 3 points ahead of Bouhanni but 46 points behind the green jersey leader, Cavendish. Peter Sagan (Bora-Hansgrohe), who has taken the green jersey seven times, sits back in seventh on 72 points.

Alpecin-Fenix, is the unusual position of having two sprinters, with Merlier and Philipsen trading sprint and lead out duties. Philipsen lead out Merlier when he won on the crash-marred stage 3 into Pontivy, where he held on to take second, while Merlier switched to lead out duties in Fougères and again at Châteauroux.

Merlier, who hasn’t been taking points out on the road like his teammate, now sits in tenth in the green jersey competition with 62 points, after adding 12 points from his seventh place finish on stage 6 to the 50 he had already gathered from the stage 3 win.