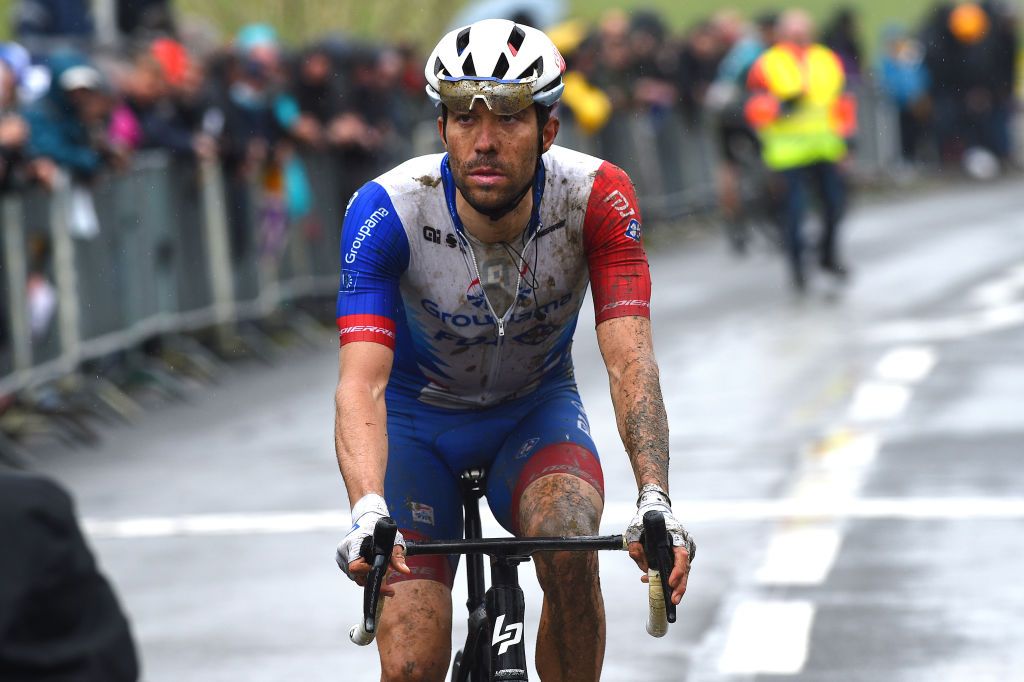 In the aftermath of Rafael Nadal’s historic victory at Roland Garros, two leading French riders have spoken out to express unease at the injections the Spanish tennis star used to treat his injured foot throughout the tournament.

Nadal claimed a record-extending 14th Roland Garros crown and 22nd Grand Slam title on Sunday, revealing afterwards that treatment for an ongoing foot problem had included injections to shut down certain nerves and put his foot, as he described it, “to sleep”.

Thibaut Pinot took to social media to offer a sardonic take on the matter. Quoting a tweet in which Nadal said “it’s better if you don’t know” how many injections he’d received during the tournament, Pinot wrote: “The heroes of today…” along with two emojis – the first a thinking face, the second a melting face.

The Groupama-FDJ rider did not elaborate on his comments but did later re-tweet comments from investigative journalist Clémence Lacour, which, while not necessarily an endorsement, are perhaps illustrative of his stance.

“His [Pinot’s] tweet speaks ironically of ‘the heroes of today’,” wrote Lacour. “These heroes who choose performance at the expense of their bodies and at the cost of physical problems so bad they must put them to sleep. Is this the model we want for ourselves and our children?”

Pinot and his team are members of the Movement for Credible Cycling (MPCC), which adheres to voluntary regulations above and beyond the UCI’s anti-doping regulations.

He has spoken out about ethical concerns in the past, notably last year when he revealed he’d received an out-of-competition corticosteroid injection to treat a long-standing back injury, explaining his unease with the treatment and his belief that cycling was operating at “two speeds” given riders can ‘abuse’ Therapeutic Use Exemption (TUE) regulations to use such substances in competition.

Martin: If you’re ill or injured, you don’t compete

Another French rider followed up on the issue on Tuesday, with Guillaume Martin speaking extensively to French newspaper L’Equipe (opens in new tab).

“What Nadal did would have been impossible in cycling, and I find that normal,” the Cofidis rider said, referring to the UCI’s no-needle policy that was introduced in 2011.

“If you’re ill or injured, you don’t race, you don’t compete, that makes sense to me, for several reasons. Firstly, for the health of athletes. In the long-term I’m not sure that will do any good to Nadal’s ankle. Moreover, medication – and especially injections – don’t just have a healing effect; they can certainly have effects on performance or be twisted to improve performance, so it seems to me to be very much on the limit.”

Martin, who is also a philosopher and published author, spoke of a cultural difference between cycling and other sports, referring to the Festina Affair and cycling’s generally chequered past when it comes to doping.

“If a cyclist does the same thing, it’s already banned, but even if that wasn’t the case, everyone would pile on, branding them as doped because there’s such a cultural background, such clichés attached to cycling,” he said.

“Meanwhile people laud Nadal for being capable of going deep into pain. I believe [footballer] Zlatan Ibrahimovic also spoke about injections in his knee. They pass as heroes because they go deep into pain, but in fact, they avail of substances in order to go deep into pain and, once again, it’s very much on the limit. The winner in cycling, in particular the Tour, even if there’s nothing to it, is systematically accused of doping.”

According to Martin, in the absence of an effective overarching ethical framework, responsibility falls on the individual to decide what they are comfortable with.

“The UCI rules are, for me, a minimum. There are plenty of things that are allowed but which I forbid myself. It’s the whole question of grey areas, twisting certain medications that are normally used to treat, for example, cancers or multiple sclerosis. I don’t see myself taking that type of thing in order to be a better cyclist, yet it’s allowed,” he argued.

“The anti-doping agencies are always a step behind, so I don’t think we should wait for them to take a stance before we take our own stances. It’s to each person to construct their own ethical code. I accept that sometimes my results are worse because of that code, but nevertheless I stay true to myself and I’m happy with that.”