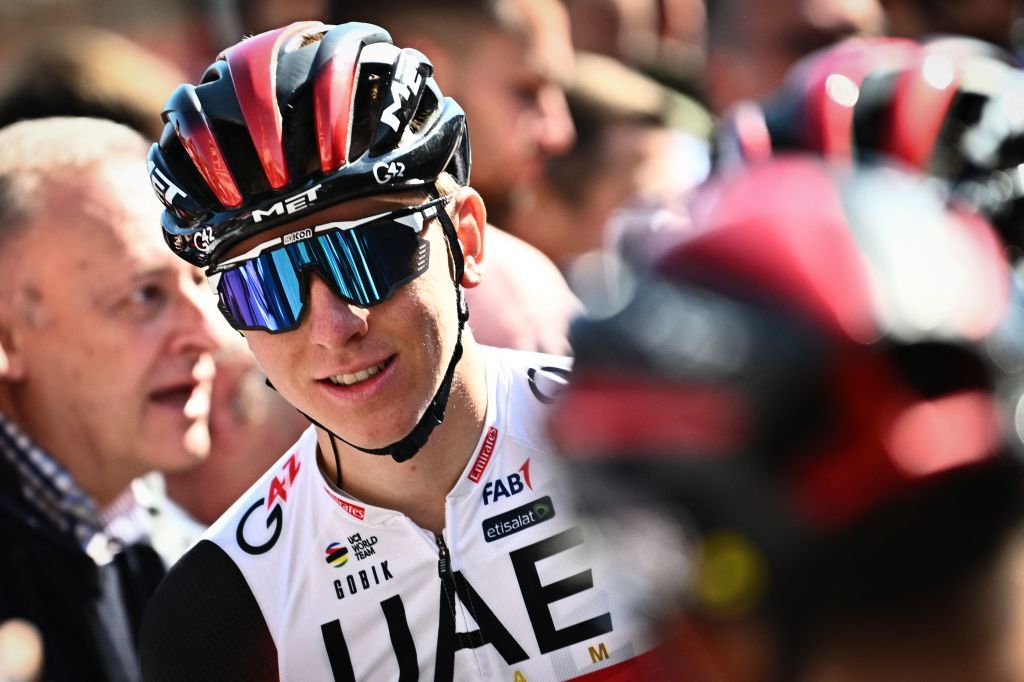 Tadej Pogačar was given a hero’s welcome at the Tour of Slovenia and went on the attack on the opening stage to Postojna, setting up and then celebrating victory by his UAE Team Emirates teammate Rafa Majka.

The Slovenian rider is using his home race as a final stepping stone to the Tour de France and seems on track to be at his best when the Tour starts in Copenhagen on Friday, July 1.

Despite only being in his fourth season at WorldTour level and still only 23, Pogačar is chasing a third consecutive Tour de France victory, something achieved only by Jacques Anquetil, Eddy Merckx, Miguel Indurain and Chris Froome.

He has not raced since La Flèche Wallonne, almost two months ago, but he has been busy preparing for the Tour de France, knowing that fellow-Slovenian Primož Roglič (Jumbo-Visma) and the other overall contenders are out to stop him from taking a third yellow jersey.

Pogačar won Strade Bianche and Tirreno-Adriatico, was fifth at Milan-San Remo and fourth at the Tour of Flanders as he tested his cobbled skills for the Tour de France. The summer is all about winning a third Tour, before a likely debut at the Vuelta a España.

“I don’t want to burn out, I can’t do that. I’ve got to pace myself and I needed a break after the spring,” Pogačar explained to La Gazzetta dello Sport in an interview before the opening stage of the Tour of Slovenia rolled out of Nova Gorica near the Italian border.

“I’ve been away from racing for two months but I’ve been on the road for a month, first I did some Tour reconnaissance; two stages in the Pyrenees and two in the Alps, plus the final time trial. Then I did a altitrude camp with the team above Livigno.”

This year’s Tour de France has everything, early stages that will be raced like Classics, cobbles in northern France, a return to La Planche des Belles Filles where Pogačar snatched his first Tour victory from Roglič in 2020, plus high mountains in the Alps and the Pyrenees headed to the final 40.7km time trial crowns the 2022 winner.

“There’s the 12km bridge finish in Denmark on the North Sea, there’s a risk of echelons and bad weather and then there’s the cobbled stage. It’ll be about survival. As they say, you can’t win the Tour in the first week but you really can lose it. I’ll need a strong team to be alongside me.”

Pogačar was slightly shocked with what he discovered during his reconnaissance of the Alpine stage.

“If it’s 35 [Celsius] like when I did the reconnaissance, it’ll be an epic day. I can remember videos of Marco Pantani winning there and when I rode up it, I thought about the history of the hairpins and all the different winners.”

Pogačar admitted he senses the expectation and the threat of his rivals but as always he is quietly confident in his own ability.

“We’ll see if being as good as in 2021 is enough this year. I feel stronger, I’m leaner, have more power and feel psychologically more confident,” he said.

“My first win came from nowhere, there was no pressure and it was a huge surprise. I was more aware of what I could do when I won the second Tour. Now I know that everyone is waiting to take me on. It won’t be easy this year and there’ll be a lot of pressure but I also know that if you don’t feel the pressure in some way, you won’t win.

“I’ll have to be at my best to take on Roglič and Vingegaard, the Jumbo-Visma team has improved a lot and are scary on the climbs. But I’ll start the Tour with a smile on my face and keep smiling all the way to Paris.”

The Tour of Slovenian is about racing and bonding with his UAE Team Emirates teammates before the Grand Boucle.

“I’m really looking forward to this week. The race will even take us through my hometown. I’ll get goosebumps when we pass Komenda for sure and if we  don’t go too fast, I might even stop for a moment,” Pogačar said.

“We are here with a strong team and most of us will also ride the Tour de France. For us this is the final rehearsal and our goal is to really connect. We always go to a race with a desire to win and we want to do our best in this race as well but we also want to enjoy it at the same time.”