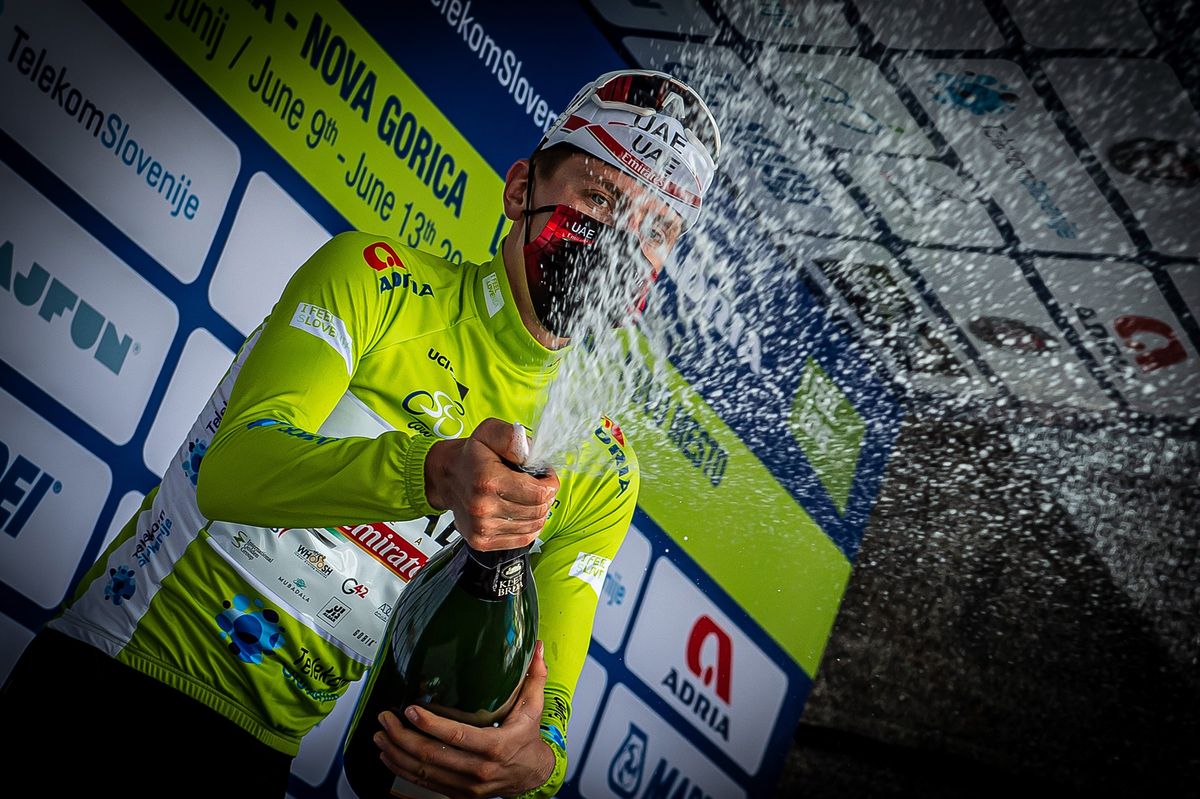 In his fourth Tour of Slovenia, Tadej Pogačar (UAE Team Emirates) took control from the second stage and, along with victory at his home tour, ended up with the racing rhythm to help set him up for the early stages of the Tour de France.

Last year’s Tour de France winner came in safely with the bunch on the final sprint stage of the Tour of Slovenia – won by Phil Bauhaus (Bahrain Victorious) – keeping his firm grip on the GC to the very end of the five-day 2.Pro ranked tour. In second, with a 1:21 gap to Pogačar, was teammate Diego Ulissi, with Astana-Premier Tech’s Matteo Sobrero taking third, 1:35 back.

“It is an incredible emotion, I have been near the podium in this race four times and I can finally celebrate taking the title” said Pogačar in a team statement. “It was a beautiful week that makes me happy and proud to be able to be here at home in front of all these people. The team has always worked well and we deserved these results, congratulations to all the guys.”

The 22 year old laid his claim to the overall on stage 2 while delivering an emphatic victory with a solo attack that instantly delivered a 1:25 race lead. He also came second behind teammate Ulissi on stage 4, the queen stage, when the Italian rider delivered his first victory since returning to racing from a heart problem and in the process shifted up to second place on the overall behind Pogačar.

Two more teammates also made it into the top 10 of the GC, with Rafal Majka fourth and Jan Polanc ninth. They are results that bode well for the strength of the team Pogačar will have around him at the Tour de France, as well as the progression of the defending champion.

The rider, who last year became the youngest winner of the Tour de France in over 100 years, spent three weeks training at altitude at Sestriere in May and early June and then returned to competition for the first time since winning Liège-Bastogne-Liège at the Tour of Slovenia.

“My legs are getting better and better and I’m almost ready for the Tour de France,” said Pogačar. I still have two weeks to prepare myself for what will be my next big goal.”

The WorldTour races of the Tour de Suisse and Critérium du Dauphiné are the more traditional lead-in races for the Grand Tour contenders, in fact Pogačar raced the Dauphiné before his Tour de France victory last year. The Slovenian said, however, that his home tour had delivered the preparation needed.

“Tour of Slovenia gave me [the] right racing rhythm, and that will be of great help on the first week of the Tour. Route in Slovenia was very diverse, we had everything from climbs to sprints, and it was a good training race,” Pogačar said. “I’ll now race nationals and then we go to France.”