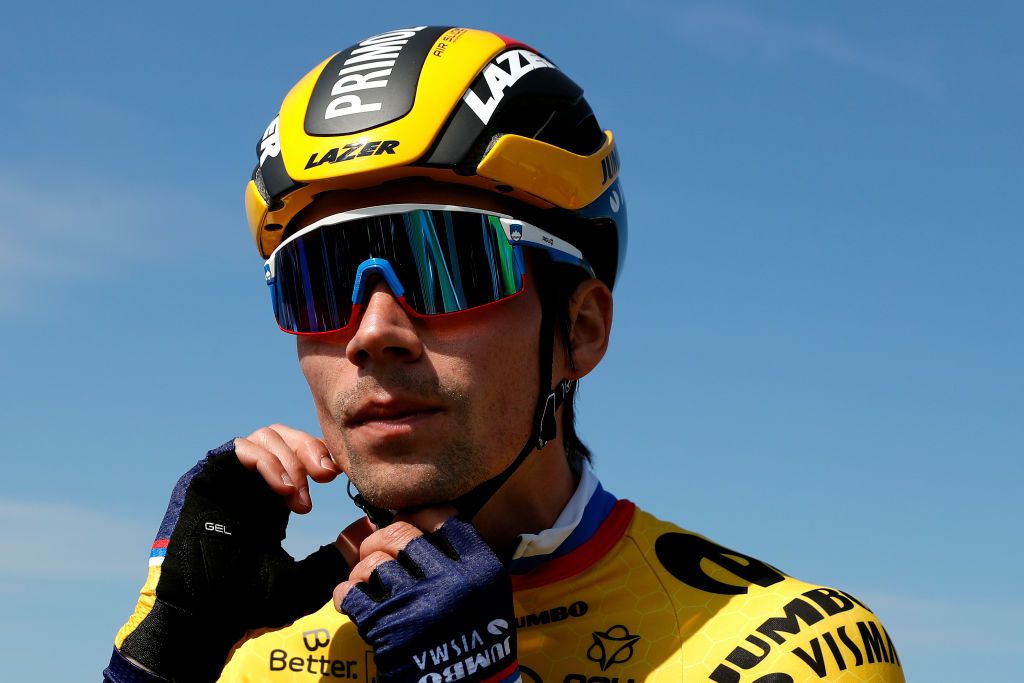 Primož Roglič has extended his contract with Jumbo-Visma until the end of the 2025 season, taking his time at the WorldTour squad to a decade.

The 32-year-old Slovenian won gold in the time trial at the Tokyo Olympics and a third Vuelta a España. He has been with Jumbo-Visma since first stepping up to WorldTour level in 2016 and has won more than 50 races. He finished second behind Tadej Pogacar at the 2020 Tour de France after losing the yellow jersey in the final time trial. He crashed out of this year’s Tour de France but is expected to lead Jumbo-Visma hopes in the Grand Boucle in 2022.

Roglič’s current contract ran until 2023 but Jumbo-Visma team manager Richard Plugge agreed to a new deal to secure an overall contender for the Grand Tours.

“I have grown with this team since I arrived in 2016. We already have quite a history together that I am very proud of,” Roglič said via the team.

“I made my debut in the World Tour peloton at a somewhat later age. It may have looked easy, and the best moments surface the fastest, but it wasn’t always easy. Still, things have moved forward rapidly for me and my development. I am not solely responsible for those beautiful moments. I did that together with my teammates and the staff. It is great to be part of this team in the coming years as well.”

Since pulling on the Jumbo-Visma yellow and black colours, Roglič has won the 2020 Liège-Bastogne-Liège, fifteen stages in Grand Tours, and three consecutive victories at the Vuelta a España.

“My goals are independent of results”, Roglic explained, who came late to cycling after a career as a talented ski jumper.

“I want to keep developing myself in specific areas. Both physically and mentally, as a team leader and as a person. I’m in the right place for that. We will see what we will focus on in the coming years.”

Senior directeur sportif Merijn Zeeman described Roglič as one of the pillars of the team, saying he will have a central role in the years to come.

“We find it very special that Primoz once again extends and, to date, rides his entire professional career with our team. We are delighted with that and also very proud,” Zeeman said.

“Primoz embodies the transformation of our team in recent years. This contract extension allows us to make plans and objectives for the coming years in which he will play a central role. Primoz is one of the pillars of the team. The culture that we have built together is very applicable to the athlete and the person Primoz Roglic.”