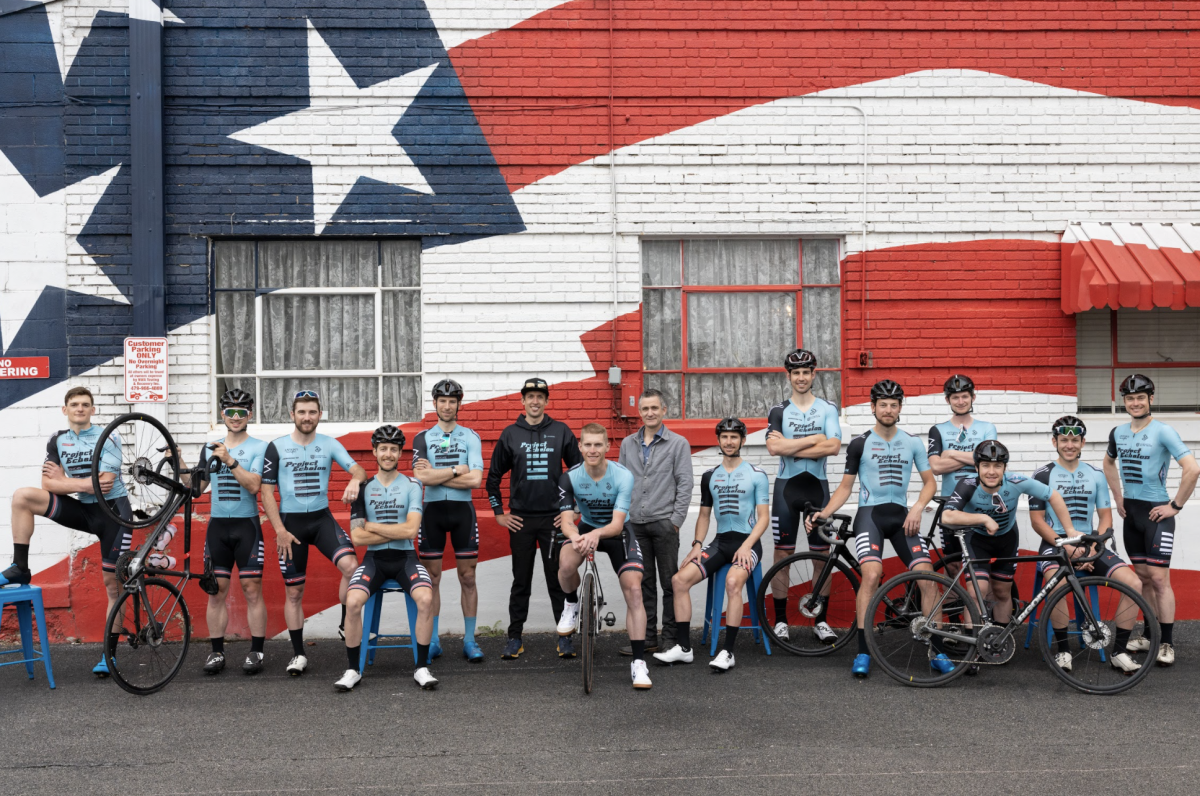 Project Echelon Racing announced it will carry a roster of 18 riders in 2022 in its sixth year as a US domestic elite team. New additions include Canadian Jordan Cheyne, who rode the past four seasons with Elevate-Webiplex Pro Cycling, and three up-and-coming riders – New Zealand’s Ethan Craine and Americans Tyler Stites and Hugo Scala Jr.

Among the top riders returning in 2022 are three Americans – George Simpson, Zach Gregg, and John Heinlein III. Simpson won stage 4 at this year’s Joe Martin Stage Race and was second in the points classification. Gregg finished 10th in the US Pro time trial national championships, while Heinlein was fourth in the US Pro criterium nationals and took the crown in the men’s senior ITT amateur championship. Both Gregg and Heinlein were part of the squad that raced in France this past summer.

“Our goal is to be the top program across all road disciplines in North America and we want to take advantage of every opportunity available to us to achieve it,” said team owner Eric Hill, who noted the team will focus on a full US calendar and return for a block of racing in Europe in the summer.

Stites, who turns 24 in March, is a versatile rider who raced five seasons with Aevolo where he won a stage and the mountains classification at this year’s Joe Martin Stage race. He was part of the US National Team that competed at the 2019 Amgen Tour of California. Also turning 24 is Scala, who raced for Gateway Devo Cycling and was fourth in the 2019 U23 US road nationals. This past year he had two top 10s on stages at the Joe Martin Stage Race.

Craine moves from a combined year with Automatic Racing and New England Devo, where as a 19-year-old he won two stages at the Green Mountain Stage Race in Vermont. Cheyne, 30, is a time trial specialist who has finished in the top 10 at the Canadian nationals six out of the past seven years.

The team expects many of the major stage races in the US to return in 2022, and plans to mix in criterium racing with events such as Redlands Cycling Classic, Tour of the Gila, Joe Martin Stage Race and Green Mountain Stage Race. The major criteriums on the calendar include the Armed Forces Classic, Gateway Cup, and Tulsa Tough, as well as week-long series of Tour of America’s Dairyland NS Intelligentsia Cup.

Project Echelon also plans to return to Europe for a select block of racing on the UCI Europe Tour in 2022 including the Grand Prix de la ville de Pérenchies and Kreiz Breizh Elites. The team will also look at adding off-road events to the calendar for 2022, where the organization is equally motivated to foster the growth of the veteran community that it supports.

“It is a shame we have to go so far away to reward our athletes with world class opportunities, but all we can do is play the hand we are dealt and offer our voice in collaboration with other teams and race promoters in hopes that opportunities like those in Europe will be plentiful once again on US soil. There are some things happening as we speak that have us hopeful that we are headed in that direction, which is great to see,” said Joe Carpisassi, team general manager.

The team will hold a training camp with team presentation from March 14-20, 2022 in Winston-Salem, North Carolina. They will also hold a team presentation and gran fondo event at the same location at the end of that week, details announced on social media.