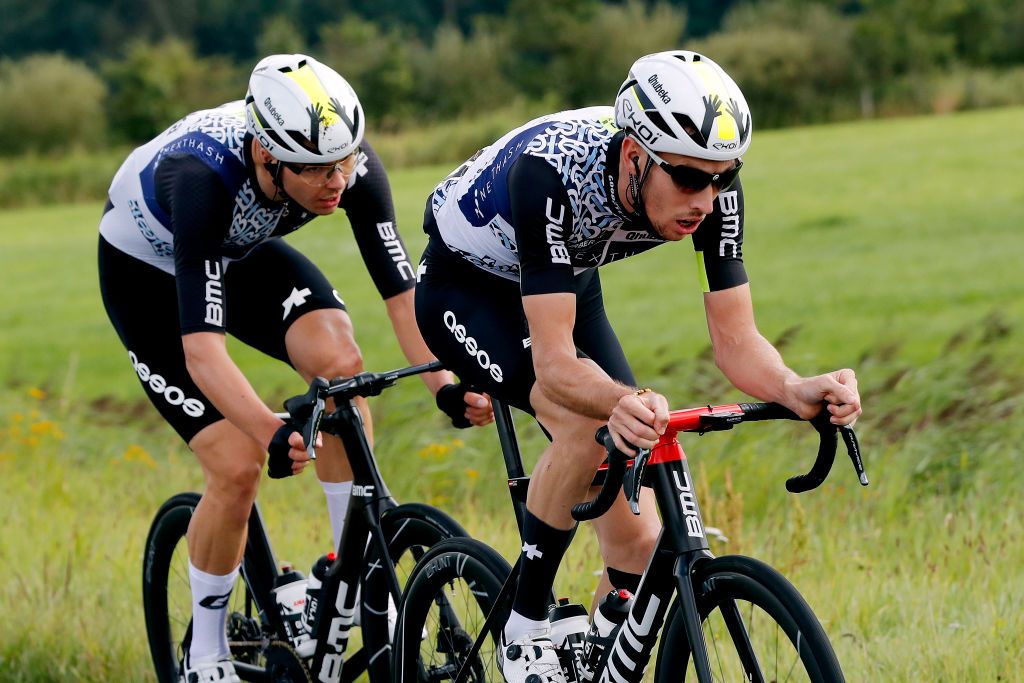 Cycling News has learned that riders at Qhubeka NextHash, even those with contracts for next year, have been told to seek spots on alternative teams for 2022.

The news comes after months of speculation surrounding the team’s financial future and after the fact that the management struggled to pay riders and staff their August wages.

The current Qhubeka NextHash roster includes the likes of Giacomo Nizzolo, Simon Clarke, who has a contract with the team for next season, Nic Dlamini, Michael Gogl and Robert Power. The team have not signed any additional riders during the summer or announced contract extensions within their own roster.

The team have endured a rocky few years in terms of sponsorship, with Assos effectively saving the team at the last minute during the winter of 2020 when it looked as though team manager Doug Ryder would be forced to close the team. NextHash came on board with a five-year deal in June of this year but for several months there have been rumours of the new sponsor not providing funds for the running of the team.

Contacted by Cycling News, the team released the following statement:

“Team Qhubeka NextHash is fully committed to securing our future and continues to work extremely hard to do so, with both our current as well as potential future partners. As required by the UCI and the CPA, we have informed the team of our current position which sees them now able to seek opportunities elsewhere should they wish to pursue those.”

“As Africa’s UCI’s WorldTour team, we will continue to fight to ensure that we are able to continue our mission to change lives through bicycles by racing on the sport’s highest stage, and which has seen us fund in excess of 30 000 bicycles in Africa.

“This weekend we are in action at Paris-Roubaix, one of cycling’s great, iconic occasions, and next week we will conclude our programme in Italy including the final race of this season, Il Lombardia. We will race as we have done all year, with fight and pride, all while honouring the spirit of Ubuntu – I am because we are.”

NextHash joined the team as a cryptocurrency and blockchain partner. At the time, Ryder hailed the partnership, which he said would enable the team to develop new, interactive approaches to engage with its fans.

“I am incredibly happy to welcome NextHash, our official cryptocurrency and blockchain partner, into our family of partnerships and into our team name for the remainder of 2021,” Ryder said.

“The whole sports industry is moving towards a digital universe and this long-term partnership will help us innovate and develop new and interactive approaches to engage with our fans. We look forward to being ahead of the curve with the latest technologies to offer our fan community new experiences.”

The NextHash arrival effectively meant that Assos was demoted from the position of the secondary sponsor and required to print the new NextHash kit as a result. In September Assos told Cycling News that it had made its full financial commitments to the team.

A spokesperson from Assos told Cycling News: “We have been and continue to be very proud to support the team and the Qhubeka charity and can confirm we have fulfilled our commitments to the program and much more and hope that the team can continue to 2022 and beyond.”

Cycling News understands that the team management had been in talks with Canadian company Premier Tech and that rider agents had even been told that a deal was in the works, even when it became clear that Premier Tech was in the process of finalising terms with BikeExchange.

Thursday September 30 marked the deadline for riders and team’s to outline their intentions regarding contract extensions, and riders were informed in writing they would not be offered a new deal but told they had made “a great contribution to the team, and this will forever be appreciated”.