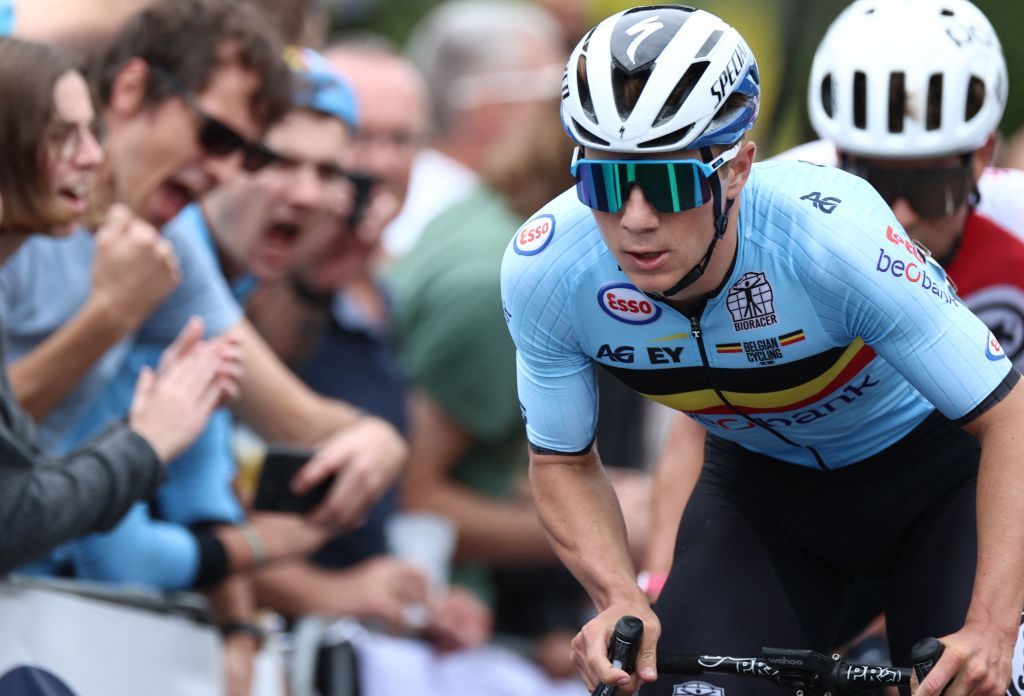 The great Eddy Merckx questioned the presence of Remco Evenepoel in the Belgian selection of the 2021 Road World Championships, claiming that if Belgium was racing with one leader in the elite men’s road race, Evenepoel shouldn’t have been selected.

Evenepoel obviously wasn’t happy with the criticism, claiming that it wasn’t the first time the all-time greatest had criticized him ahead of a big race. The 21-year-old said that he regretted Merckx didn’t respect him as much as he respected Merckx.

Evenepoel’s splendid team performance on Sunday wiped away every possible chance of criticism, since he was the perfect teammate for Wout van Aert. When asked after the race whether this was a response to his critics, Evenepoel felt apologies were appropriate, “but it’s not up to me to apologise,” Evenepoel said shortly after finishing Worlds and walking into the mixed zone.

“It was a special race. One of the most spectacular races of the year if you see from how far out the race kicked off. There were still five hours left to race. Then again, those five hours went by in a flash. It was incredible. I didn’t feel my legs when riding through the crowds. It was a unique experience,” Evenepoel said.

“We rode a perfect race as a team. It’s just the outcome that’s not as we hoped for. It’s a pity Wout lacked that additional touch which he still had in the Tour of Britain. There’s not much to regret because he was there where he had to be. Jasper is fourth. It’s a pity we missed out on a medal and we’re not taking the jersey despite the race we rode.”

Evenepoel was ever-present on Sunday. He seemed to react to every move, featured in two major early breakaway groups and survived the selection on the toughest climbs to make it into the lead group of 17 riders at just under 50km from the finish. He continued to work hard and only sat up when entering the local laps in Leuven, 26km from the finish, delivering compatriots Wout van Aert and Jasper Stuyven in a strong position to fight for the rainbow jersey.

“The French seemed to show up with a clear plan and that was getting rid of Wout. That’s what they did straight from the start. We didn’t want to open the race from that far out. We reacted to the moves from other countries. Before the race we knew we had to join a move which featured men from France, Denmark and Italy. Only one team was missing out early on and that was Italy. I was well positioned and maybe I was the first to react,” Evenepoel said.

“Twice I managed to feature in the breakaway which put Wout and Jasper behind us in a comfortable position. Then they bridged up to us from behind which was a perfect scenario. Wout came over to me and asked to set a hard pace towards the Smeysberg which I did. I struggled to stay with the group on the climb but I hung on. Then it was up to me to ride flat out and empty myself when riding back towards Leuven. That’s what I did. All of the riders in that group of 17 riders were expected to ride away and were capable of winning. We were there with the three riders who were expected to be there. It was a good scenario for us.

“At the end of the race, the legs do the talking and mine were dead, and so were those from Jasper and Wout, I imagine. It was the man with the best legs who rode away to the win. If you finish solo on a course like this then it’s clear [Julian Alaphilippe] was the strongest. We knew he would be good. He was already good in the Tour of Britain and we knew he would be even better one week later. He’s a rider with a lot of class.”

Evenepoel will now turn his attention to the Italian races in the final part of his season. He’ll participate in Il Lombardia, a race in which he crashed out last year while riding in the lead group, sustaining a major knee injury.

“First I ride the Giro dell’Emilia. The races in Italy feature courses that suit me much better than the course at this World Championships race. We’re headed for Italy with the World Champion in our ranks. There’ll be more strong guys in the line-up who showed that they’re going well.”