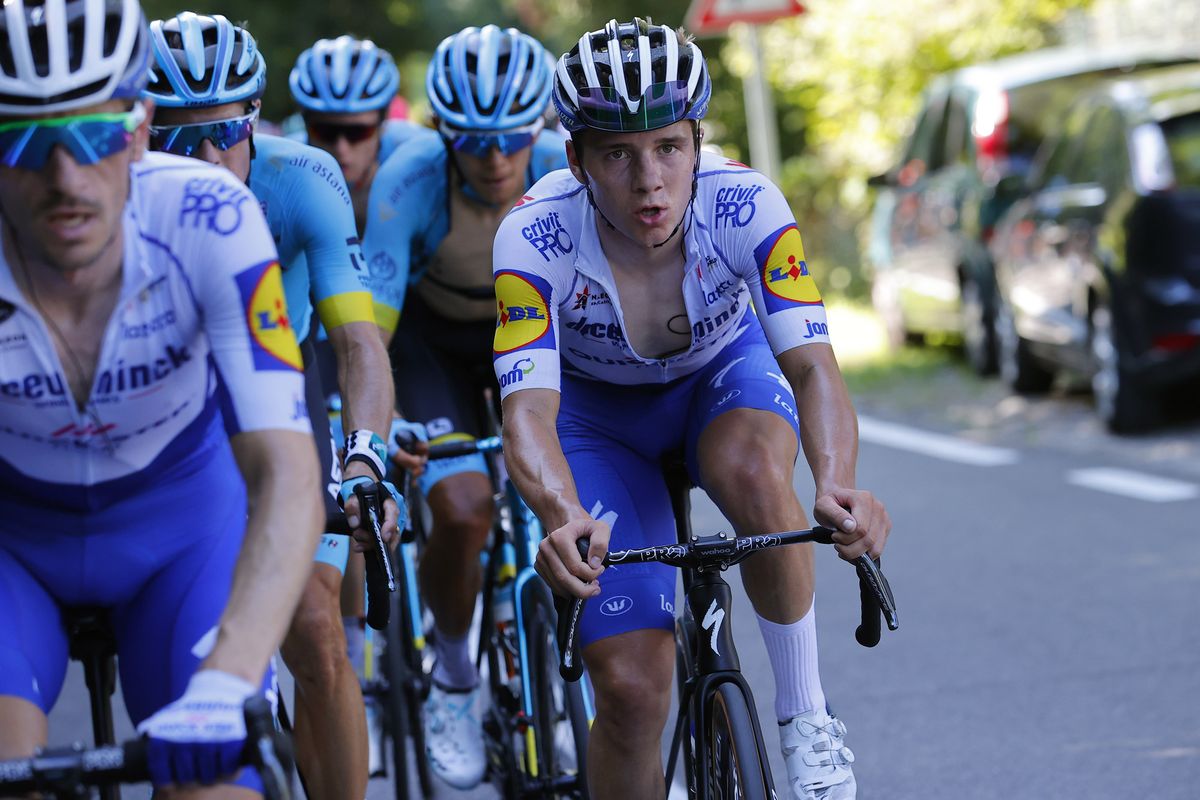 After last week signing a five-year contract extension with his team Deceuninck-QuickStep, Remco Evenepoel has headed to Spain for an altitude training camp in Sierra Nevada ahead of his Grand Tour debut at the Giro d’Italia.

The 21-year-old is currently training at the Spanish Sports Ministry’s High Performance Centre at 2,320 metres altitude alongside teammates Julian Alaphilippe and João Almeida to prepare for the Giro, which will be his first race of the season and his first since crashing out of Il Lombardia last August.

Alaphilippe will return from the camp for Amstel Gold Race next Sunday, while Almeida is expected to race next at Liège-Bastogne-Liège. Evenepoel will stay until April 21 as he builds up to the Giro, which kicks off in Turin on May 8.

Evenepoel has spent the past half-year rehabilitating the fractured pelvis he suffered after crashing over a bridge into a ravine on the descent of the Muro di Sormano.

In addition to the altitude training camp, Evenepoel will undergo a time trial test session in Belgium. He’ll work on fine-tuning his time trial position for the Giro and the Tokyo Olympic Games ­– his second major goal of the season – at the Eddy Merckx Centre in Gent, supervised by Belgian national coach Sven Vanthourenhout.

Evenepoel secured his future with Deceuninck-QuickStep for five more years last week, signing an extension despite the team’s own future not yet being certain as the deals with both title sponsors expire at the end of 2021.

“As Patrick [Lefevere] told me, this is the longest agreement he has ever signed with a rider. I’m really proud and happy to stay in this wonderful team, where I have already enjoyed a lot of success, and hopefully we can reach our big dreams,” Evenepoel said.

Lefevere, meanwhile, added that the contract was “an important step for the future, for the team”.

“We’re glad Remco continues with the Wolfpack, and as he said, we hope we’ll enjoy many more great moments together.”