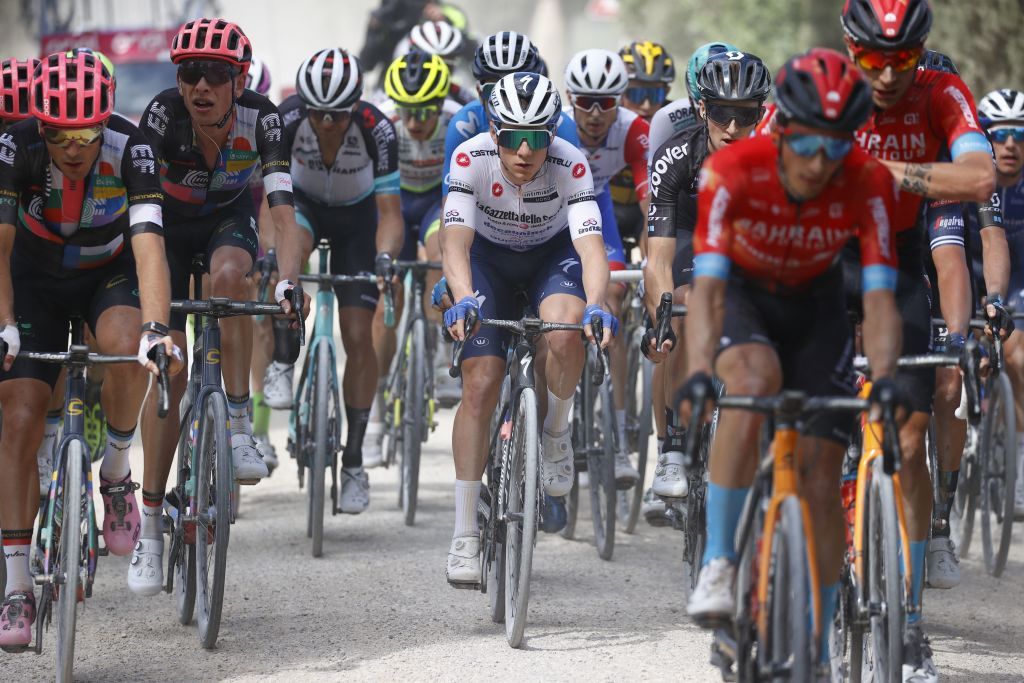 Remco Evenepoel’s hopes of overall victory at the Giro d’Italia suffered a major blow on the stage 11 across the dirt roads of Tuscany on Wednesday, with the young Belgian losing 2:08 to race leader Egan Bernal (Ineos Grenadiers) on the stage to Montalcino.

He slipped to seventh in the new overall classification, 2:22 behind Bernal.

Evenepoel never looked comfortable on the technically demanding dirt roads, while in contrast Bernal and Ineos took control of the race and forced the splits amongst the overall contenders.

Evenepoel first lost contact on the descending first sector of dirt roads with 65km to go, as Filippo Ganna took risks, drove a high pace and guided Bernal at the head of the race.

Evenepoel eventually got back along with Simon Yates (Team BikeExchange) and Hugh Carthy (EF Education-Nippo) after a chase by several of his Deceuninck-QuickStep teammates but he stayed near the back of the group.

As the third sector of sterrato began with 20km to go, Evenepoel was alone at the back of the group of 20 or so overall contenders but soon lost contact. Bernal again twisted the knife up front with help from Gianni Moscon, and Evenepeol was soon cast away into the clouds of dust.

João Almeida eventually joined Evenepoel and tried to help him chase but the young Belgian seemed to realise his overall hopes were disappearing up the road. He suffered on the dirt sections, fought back on the roads, suffered on the steep climb up to Montalcino but then fought all the way to the final line.