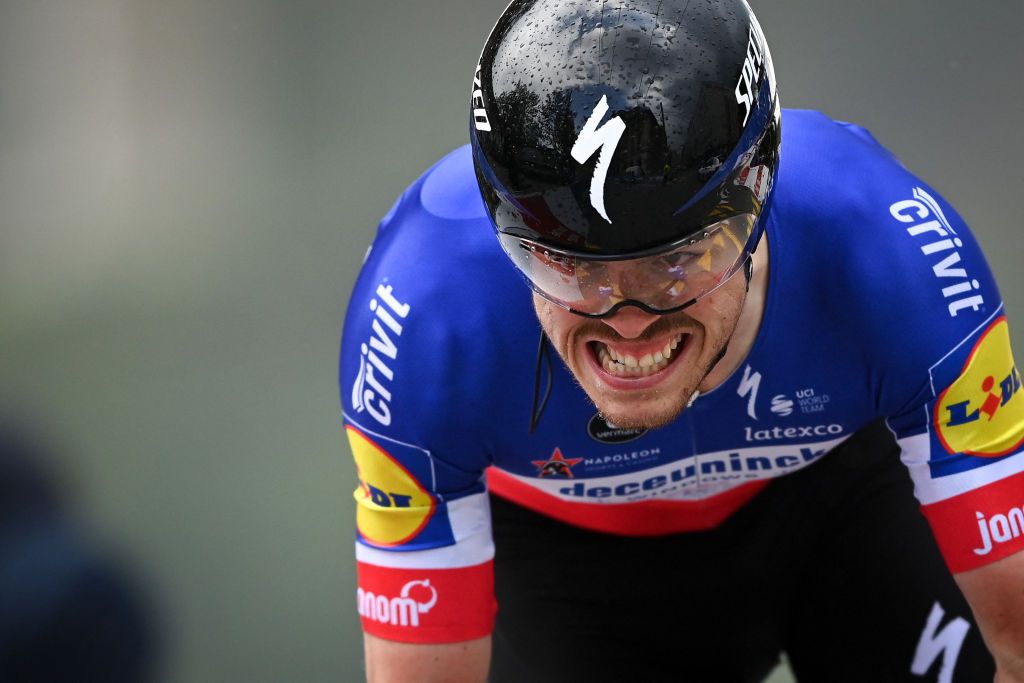 Rémi Cavagna (Deceuninck-QuickStep) secured his first victory of the season in the stage 5 time trial at the Tour de Romandie, an achievement that bodes well for the race against the clock that kicks off the Giro d’Italia on Saturday in Turin.

“Today I gave 200 per cent and I got a result that gives me a huge boost of confidence ahead of the Giro d’Italia, where I have some personal goals, but I also want to help the team,” Cavagna said.

The French rider was marked out as one of several heavy-hitters in the time trial ahead of the final Tour de Romandie stage. The route presented a punchy and technical 16.19 kilometres in Fribourg and Cavagna won the event in 21:54, beating Stefan Bissegger (EF Education-Nippo) by six seconds and Geraint Thomas (Ineos Grenadiers) by 17 seconds.

“The parcours didn’t really suit me, as it had some technical parts and steep sections, but I was very motivated to do well and conclude the week on a high note. I am very happy because Romandie is a beautiful race and to get my first victory of the season here feels great,” Cavagna said.

The victory comes after a string of frustratingly close runner-up performances in the time trials this season; second at in stage 3 at Paris-Nice, just a fraction of a second slower than Bissegger, and second in stage 2 at Volta a Catalunya five seconds behind Rohan Dennis (Ineos Grenadiers). He finished fourth in the prologue at the Tour de Romandie behind the Ineos trio of Dennis, Thomas and Richie Porte.

The stage 5 win means that Cavagna now feels he’s prepared for the 8.6 kilometre stage 1 time trial at the Giro d’Italia next weekend, heading in with a chance at another victory and the first maglia rosa.

“The next target is the Giro, the prologue. It suits me better than today’s course, so it’s encouraging,” Cavagna said.

Cavagna said his longterm career goals are to win the elite men’s time trials at the World Championships and the Olympic Games. The 25-year-old rider said he trains specifically for the time trial in hopes of securing both titles in future seasons.