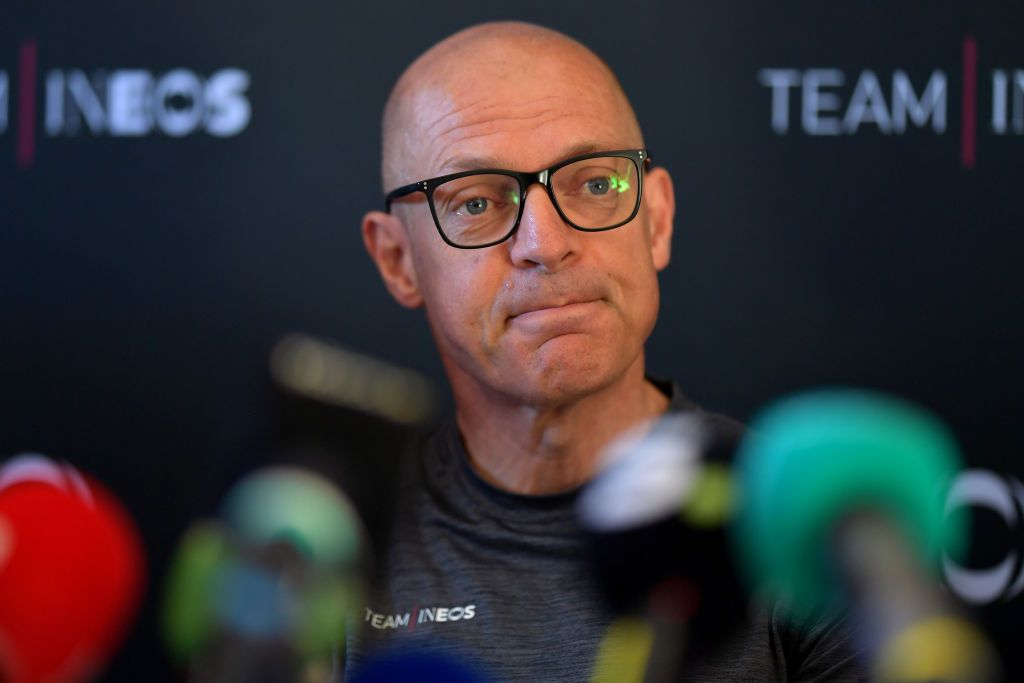 Dave Brailsford is set to give up direct management of the Ineos Grenadiers team to take a wider leadership role at Ineos Sports, with Rod Ellingworth taking the team manager’s role, according to a report on the Italian website Tuttobiciweb.

When contacted by Cycling News, Ineos Grenadiers described the report as ‘speculation’, saying they had nothing to say.

Brailsford helped create the British WorldTour team in 2010 with backing from broadcaster Sky, with petrochemical giant Ineos taking over in 2019 and the team becoming known as Ineos Grenadiers to promote the Grenadier sport utility vehicle project. During his 12 years in charge, the team has won the Tour de France six times plus numerous other races as it dominated the sport.

However, the 57-year-old Brailsford revealed in July that he has overcome prostate cancer and heart surgery in recent years and hinted he may step away from the stressful team management role.

“If I do have any further health issues, I won’t be able to continue. I’m pretty clear about that,” he told the Guardian after the Tour de France.

“I’m trying to look after myself but I’m here to help other people, to lead and support other people. If the moment comes when you’re trying to support yourself more, then it’s time to get out.”

According to Tuttobiciweb, Brailsford is set to make a career change and take charge of Ineos Sports.

Ineos Sports claims it brings together “some of the best minds in global sport across Formula One, cycling, sailing, football and running” to “unlock performance gains to support their ambitions on the road, the pitch, the track and the water.”

Brailsford is known for coining the ‘marginal gains’ concept of accumulating small performance gains to find a winning advantage.

The role of head of Ineos Sport would arguably be less stressful for Brailsford, with Ellingworth taking over as team manager.

Ellingworth, who did not respond when contacted by Cycling News, currently works under the job title of Director of Racing, with other staff carrying out other key management roles. Ellingworth rose through British Cycling and then Team Sky with Brailsford before leaving for a spell as team manager at Bahrain McLaren.

Ellingworth, rather than Brailsford, has been quoted in recent team communications, adding further speculation that he has taken a leading role in the management of the team.