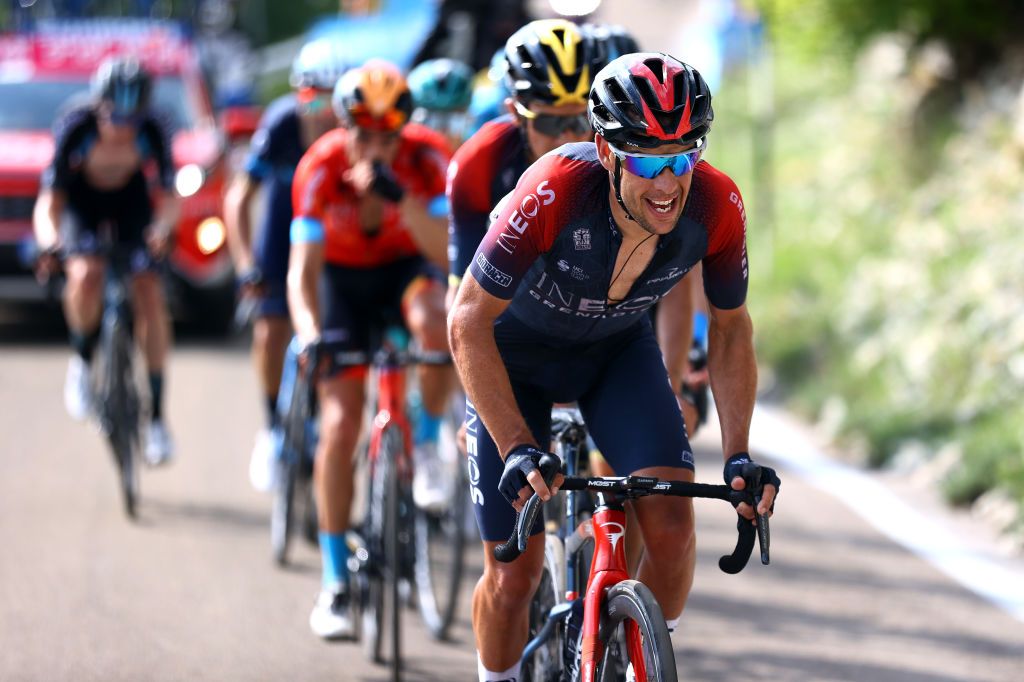 Richie Porte (Ineos Grenadiers) has been forced to abandon the Giro d’Italia with 80km left to run on stage 19, having fallen ill.

The Australian, a key super-domestique for race leader Richard Carapaz, was dropped from the peloton on the first climb of the day, the third-category Villanova Grotte, after 70km of racing.

Eurosport on-bike reporter Bradley Wiggins reported that he had seen Porte throwing up while riding, adding that Porte shouted “gastro” to him, indicating that he was suffering from stomach issues.

This year’s Giro was the final Grand Tour of the 37-year-old’s 13-year pro career, as he is set to retire at the end of the season.

Porte’s abandon now leaves Carapaz down one key helper for the final two summit finishes of the Giro. It continued an unlucky start to the stage for Ineos Grenadiers, after climber Pavel Sivakov crashed earlier in the day.

At time of writing, as the riders raced across the border into Slovenia with 75km to go, Bora-Hansgrohe led the peloton over eight minutes down on the break of the day.