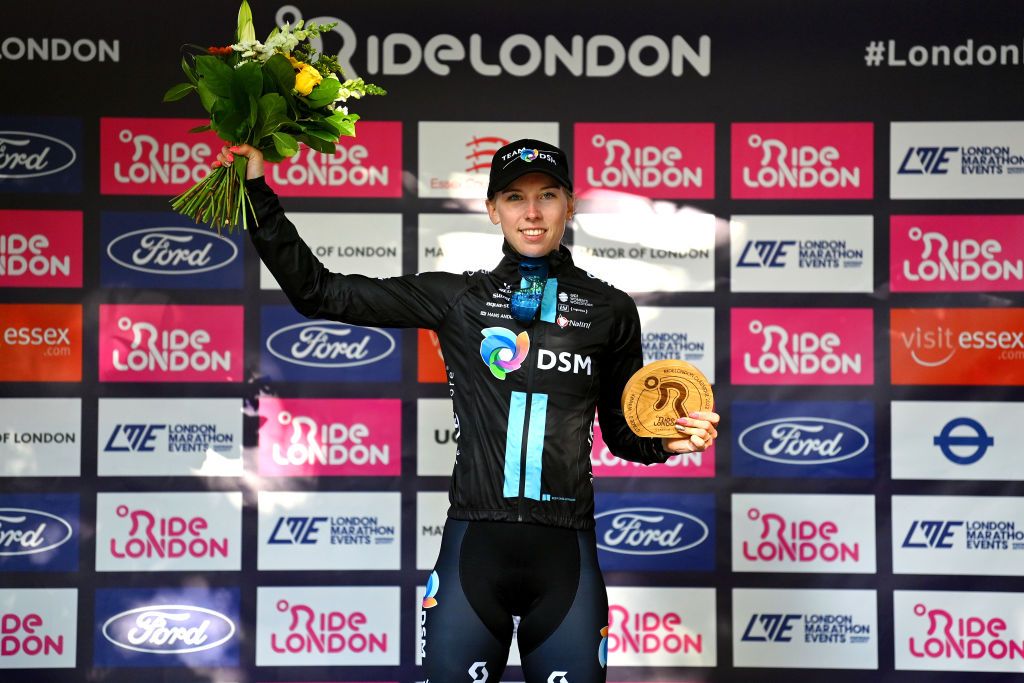 At the age of 23, Team DSM’s Lorena Wiebes has firmly established herself as the strongest sprinter in the women’s peloton. She underlined this status by winning all three stages of the RideLondon Classique, over a bike length ahead of second place each time.

Wiebes has now won eight races in the 2022 season, taking her victory total to 44, and the Team DSM racer has no intent of stopping. After the RideLondon Classique she identifies the Women’s Tour on 6-11 June as well as the Tour de France Femmes in late July as her next targets.

“I’m really looking forward to the Tour de France, especially the Champs-Élysées where we will try to go for a win. Also, next week in the Women’s Tour, we are normally there with the same team, so we will give it another try to get some stages,” Wiebes said.

In the Women’s Tour, the first three stages as well as the final stage can be expected to end in bunch sprints, and Wiebes is the top favourite.

For July, the Tour de France Femmes opening stage is Wiebes’ main target. La Course by Le Tour de France had been held on the Champs-Élysées from 2014 to 2016 when Wiebes was still in the junior ranks, so this is her first opportunity to race and sprint on the world-famous boulevard. Stage 2 through the Champagne and stage 5 through Lorraine also look destined for mass sprints.

The last rider (except for Wiebes’ teammate Charlotte Kool in the GP Eco-Struct) to beat the 23-year-old sprint star was World Champion Elisa Balsamo (Trek-Segafredo), outsprinting Wiebes at the Driedaagse Brugge-De Panne – and in that instance, Wiebes’ lead-out rider Kool had crashed with 2.4 kilometres to go.

Returning to road racing at the British race after a six week spell away in which she took part in two track World Cups, Balsamo finished runner-up on stages one and three as well as in the general classification. But she was never a threat to Wiebes.

Balsamo acknowledged that she wasn’t in the same form as Wiebes at the moment, but promised to improve for the summer: “She is in wonderful shape now. I was here to restart after a break, so I need to put some kilometres in my legs. It’s a good result for me, my goals are in the summer, this was a good first step. I am looking forward to the Giro and the Tour,” said the World Champion.

It has not yet been announced whether Wiebes will race the Giro Donne. Her skipping the Italian stage race may offer the rest of the peloton the best opportunities for WWT sprint victories.