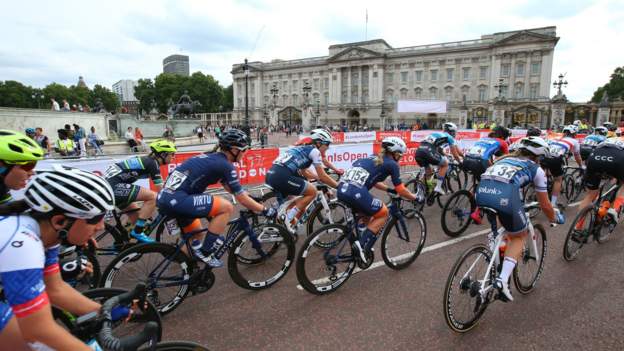 RideLondon will feature a three-day Women’s UCI World Tour stage race when it returns between 27-29 May.

About 20,000 amateur riders are also expected to take part on Sunday, with 30, 60 and 100-mile courses looping from central London to Essex.

An eight-mile, free cycle route has also been set up around the capital for riders of all ages and abilities.

While there will be no elite men’s race, Dutch rider Lorena Wiebes is back to defend the title she won in the women’s race in 2019 after Kirsten Wild was disqualified.

Her main competition is likely to come from Italy’s world champion Elisa Balsamo, with the pair going head-to-head for the first time since the spring classics.

Stage one, which gets under way on Friday, will see the peloton take on five climbs on a 136.5km route that starts and finishes in Maldon.

The race then moves onto an undulating 141km stage that begins in Chelmsford and culminates in several short, sharp ascents on three circuits around Epping Forest.

Sunday’s finale, which is live on BBC Two, encompasses a multi-lap circuit race around the centre of London with a start and finish on Victoria Embankment beside the River Thames.

The route has been extended for the 2022 race, with two short (7.3km) laps and seven long (10.1km) laps around Piccadilly, Pall Mall and the Strand.