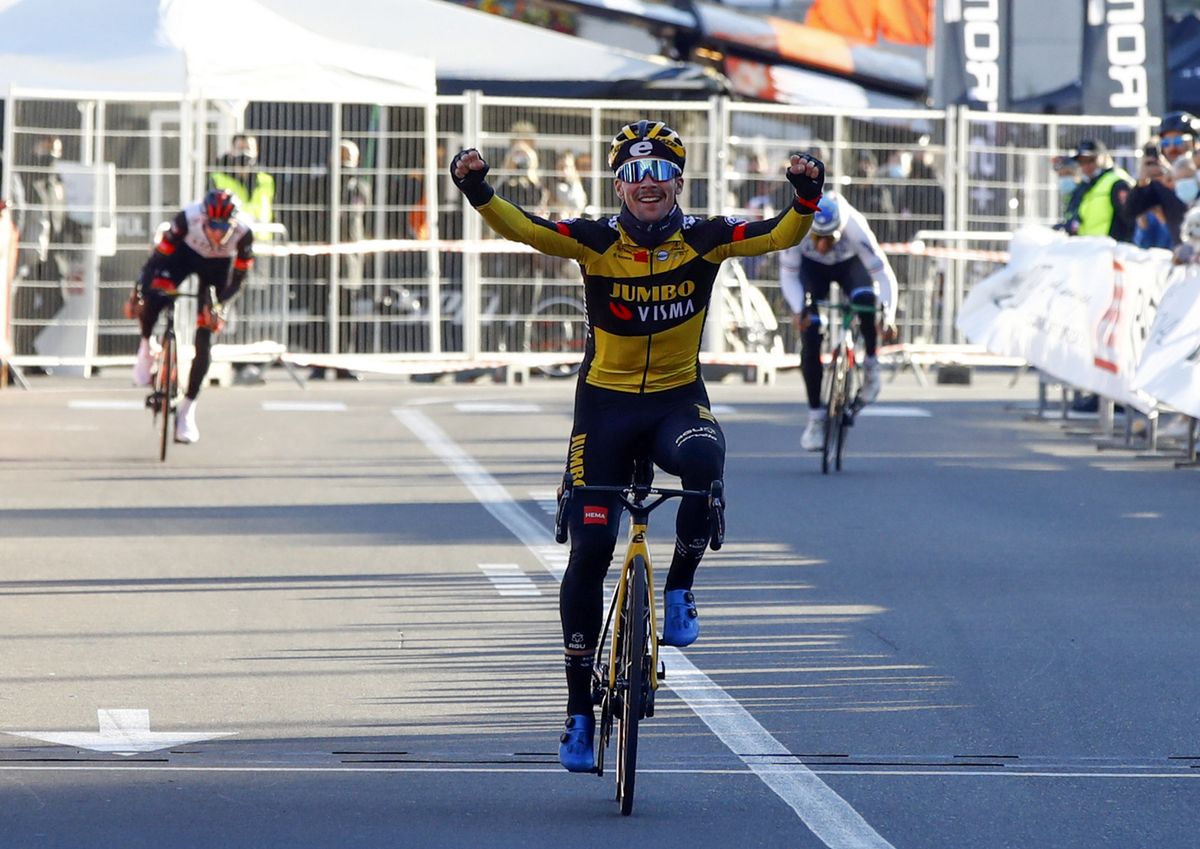 The trio came to the finish together, with Roglič finishing well clear on the line. Caleb Ewan (Lotto Soudal) led home the rest of the field some 17 seconds later.

The charity event, organised by Matteo Trentin and his wife Claudia Trentin, along with AWE International Group and Live Your Passion, raised money for the Princess Charlene of Monaco Foundation and the Michele Scarponi Foundation, and saw a number of high-profile riders from Monaco and the surrounding area take part.

Former Tour de France winners Chris Froome and Geraint Thomas also took part in the team-based event that included 40 pro riders in total. The criterium saw the riders complete 40 laps of a 1.3km circuit in the centre of Monaco.

“It was a fast and difficult race from the beginning and in the last laps the best riders stayed in the lead,” said Roglič.

“At the end of the race – it is always nice to win and I think it was a great event, it was important to participate and to be involved in this cause. This was the last race of a season that has had its ups and downs for me, now I am slowly starting to prepare for the next one.”

Roglič is expected to sit down in the coming weeks and decide on how he and his Jumbo-Visma team will plot their path to the Tour de France, with the Dutch team hoping to end Pogačar’s two-year reign.