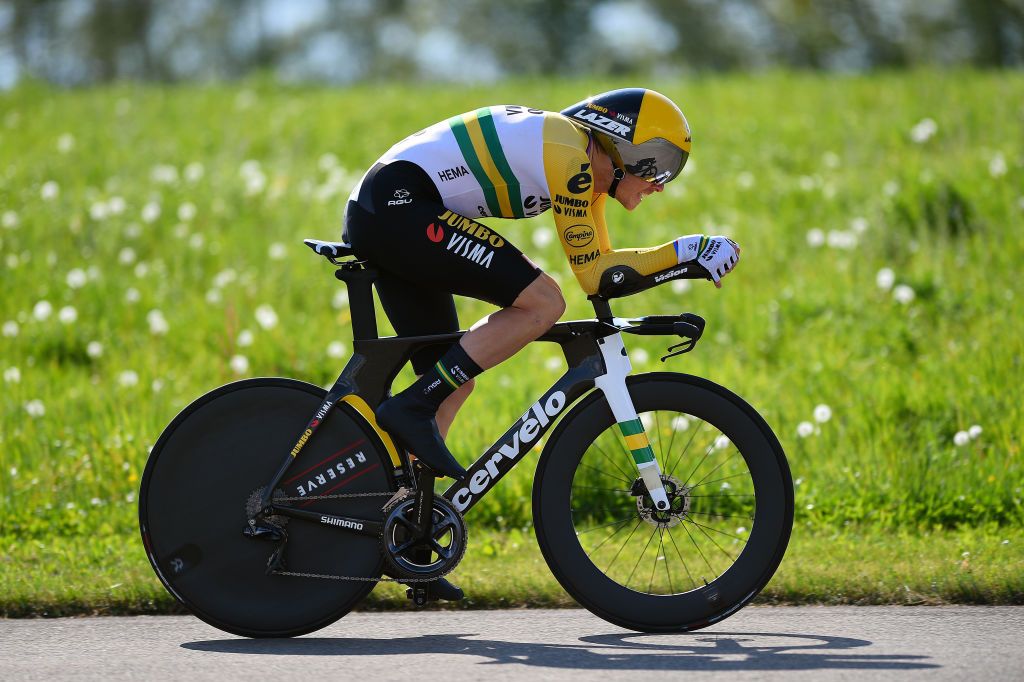 The first leaders’ jersey of the 2022 Tour de Romandie was four seconds and one podium step away for Rohan Dennis (Jumbo-Visma), though second place in the prologue delivered a show of form that bodes well for the rest of the six-day tour.

The Australian time-trial champion set out from the start gate and onto the streets of Lausanne after eventual winner Ethan Hayter (Ineos Grenadiers). That gave Dennis a clear target to beat on the 5.12km course of the Tour de Romandie opener, one which would require an average speed of more than 52km per hour.

In the initial stages it looked like Hayter’s mark may be within reach but, even as the two-time world champion in the time trial came through the final bend, the clock rolled past the target time of 5:52.

“I didn’t take the last corners well,” said Dennis in a team statement. “I gave everything in the first few kilometres. I was a little dizzy at the end of the prologue, but I think Ethan was hard to beat today.”

Dennis, who won the prologue in 2021, was the only other rider to complete the course in under six minutes, finishing with a time of 5:56, four seconds back from former teammate Hayter. Felix Großschartner (Bora-Hansgrohe) was six seconds further behind in third, just ahead of 2021 winner Geraint Thomas (Ineos Grenadiers).

“I have to be satisfied with my race,” said Dennis, who joined Jumbo-Visma at the start of the season. “Of course I would have preferred to win but I can’t blame myself and I gave everything. Today one rider was stronger. Hats off to Ethan.”

Jumbo-Visma entered the Tour of Romandie with “a chance to grab stage wins and a good GC” according to sports director Merjin Zeeman. While they may have just missed the victory this time, Dennis walked away having set a positive tone for the race which starts and ends with a race against the clock.

“The form for the rest of this tour is definitely there,” said Dennis, who last year finished 17th overall even while riding in support of his teammates of the time, Thomas and Richie Porte.