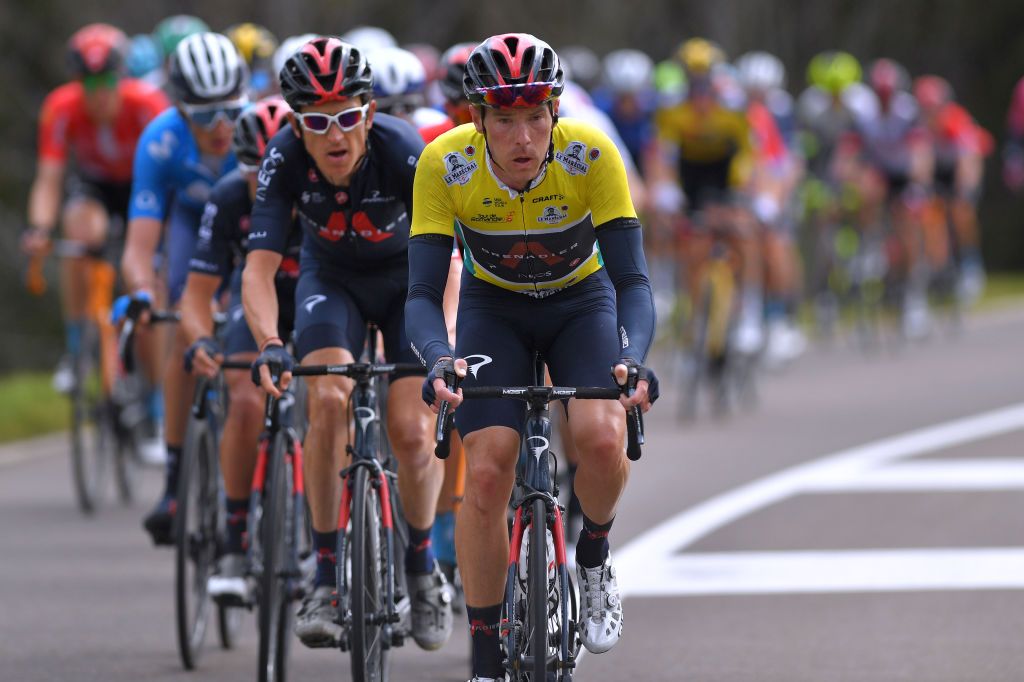 Rohan Dennis (Ineos Grenadiers) put his climbing prowess on display in the Tour de Romandie, when, despite leading the overall race, he personally nullified the attacks on the final climb of the La Chaux-de-Fonds with 25km remaining on stage 2.

The move came from notable climbers like Sepp Kuss (Jumbo-Visma), Michael Woods (Israel Start-Up Nation) and Kenny Elissonde (Trek-Segafredo), but it was the Australian in the yellow leader’s jersey who nailed them back before the crest of the 7.8km category 1 ascent with pitches up to nine per cent grade.

In an interview with CyclingPro.net, Dennis said the team “got no help from anybody else” in controlling the race on Thursday. “Then there were a few people who wanted to have a bit of a crack on the final climb and we just controlled that and basically just put ourselves at the front to make nobody really want to do anything on the final descent to the finish.”

Dennis’ effort to close down the moves sent a distinct message to the Ineos Grenadiers’ rivals.

“I think with three of us at the front, they can tell I’m happy to sacrifice myself – a slight downhill was quite fast, I don’t think anyone in their right mind would say that they’re going to go too far. Save your energy for another day.”

As if one message wasn’t enough, Dennis neutralised another attack inside the final two kilometres from Ben O’Connor (AG2R-Citroën), although he downplayed its significance.

“I just went to follow and get on the wheel. There was a gap and I thought if we could split the group and get a couple seconds it’s great but it wasn’t to be.”

Dennis was in the overall lead by nine seconds ahead of teammates Geraint Thomas and Richie Porte after winning the prologue, but at the finish, Israel Start-Up Nation sprinter Patrick Bevin nabbed enough time bonuses to move into second place at eight seconds. He expects he will have to do more work on the race’s queen stage to Thyon 2000 over the weekend.

“Tomorrow’s a solid day and Saturday is the queen stage – I’m sure there will be a lot of fireworks out there,” Dennis said. “I think on Saturday, I’m going to have to do some work.”