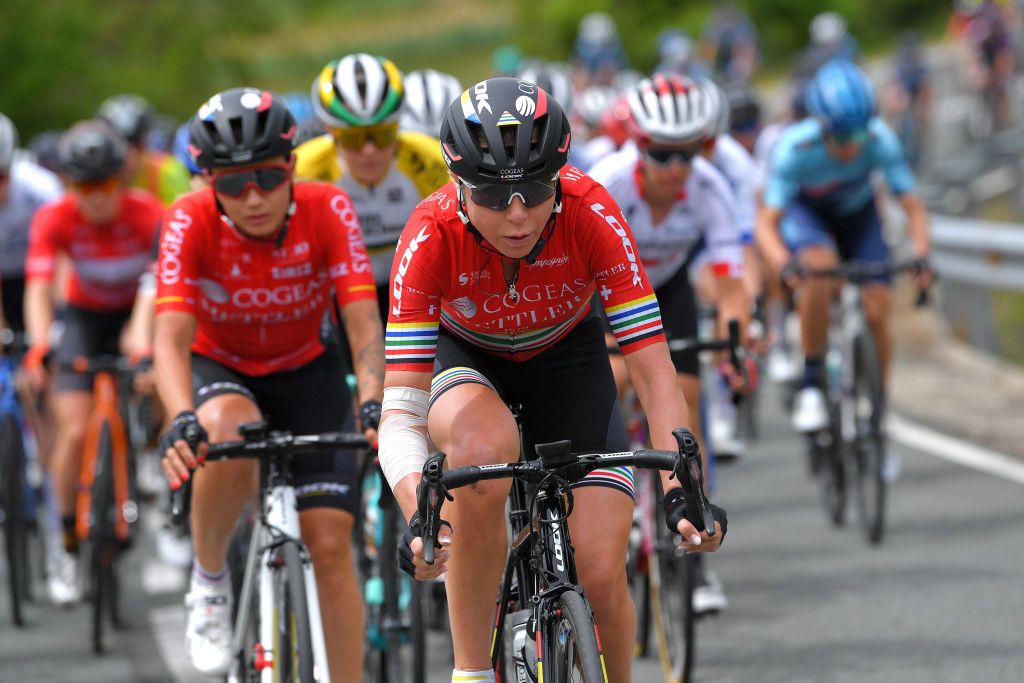 Swiss team Roland Cogeas Edelweiss have confirmed their 11-rider roster as they hope to be granted Women’s WorldTour status in 2022.

The team, currently registered at Continental level and known as Cogeas-Mettler, were a surprise inclusion when the UCI announced the list of applicants for Women’s WorldTour licenses for next season.

Notably absent from the team’s roster is two-time World Champion Amber Neben, who has spent the last three seasons with Cogeas-Mettler. A time trial specialist, Neben spent much of 2021 focused on the Tokyo Olympic Games and the World Championships, where she finished fifth and fourth, respectively.

Roland Cogeas Edelweiss confirmed to Cycling News that Neben isn’t yet sure of her plans for next year. She is yet to confirm a new team or racing plans for the 2022 season.

As a decorated track cyclist, Seitz joins the team after a promising road season with Team Rupelcleaning, whilst young riders Chauveau and Stern will make their professional debuts in 2022.

The bolstering of the team’s Swiss contingent comes after Ruben Contreras told Cycling News of the importance of having a Swiss WorldTour team. Currently registered in Russia, Roland Cogeas Edelweiss will be registered in Switzerland from January.

After finalising their roster for next year, Roland Cogeas Edelweiss are planning a team camp in February ahead of the start of the Women’s WorldTour calendar on March 5 with Strade Bianche.

The UCI are expected to announce a decision on which teams will be granted 2022 Women’s WorldTour status at the end of December. Roland Cogeas Edelweiss are one of five teams applying for six available licences.