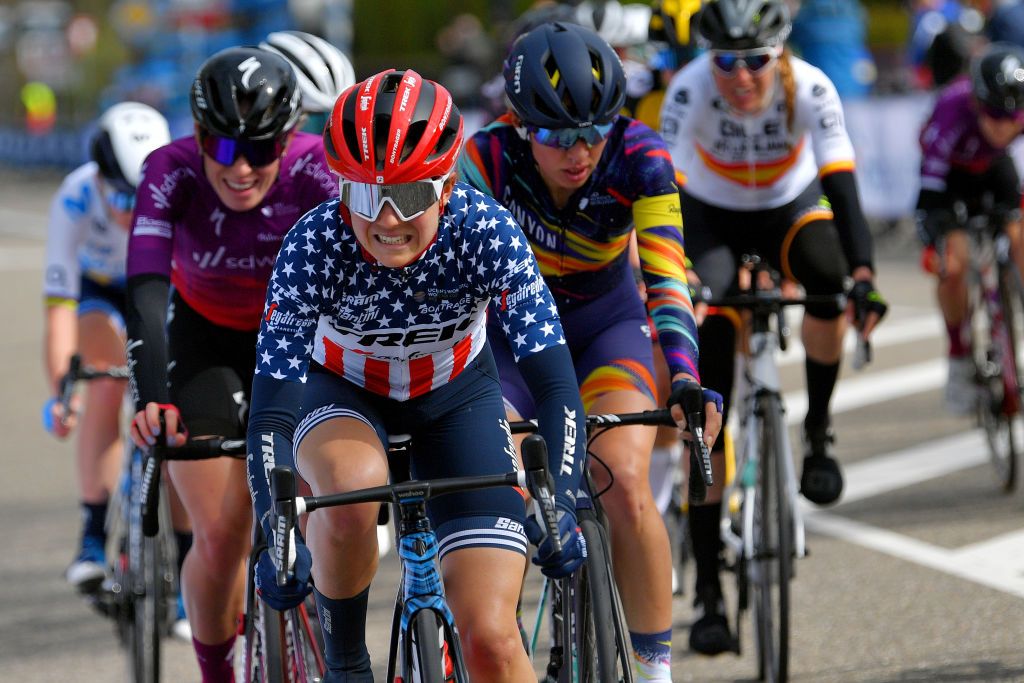 Ruth Winder has been forced to miss Liège-Bastogne-Liège after coming into close contact with an individual who recently tested positive for COVID-19. The Trek Segafredo rider and US national road champion was removed ahead of the race on Sunday morning, despite testing negative for the virus. The rest of the Trek Segafredo team, including the men’s squad, were all cleared to race.

“Unfortunately Ruth Winder will not be starting Liège-Bastogne-Liège as she has been deemed a close contact of someone outside of the team bubble who has since tested positive for Coronavirus,” the team announced on Twitter Sunday morning.

“Ruth has returned three negative tests but, in line with our protocol, she has been withdrawn from the race and put into isolation. The rest of our women’s and men’s team, as well as all team staff, also all returned negative tests.”

The loss of Winder is another blow for Trek-Segafredo after they were forced to rest defending champion Lizzie Deignan due to illness. The American team still heads into the race with one of the main favorites, with Elisa Longo Borghini leading the line after an impressive spring campaign to date.

Winder had been in the middle of an excellent spring campaign. She finished in the top ten in La Fleche Wallonne despite attacking well before the final climb, and took the win in Brabantse Pijl after a photo finish. The 27-yea-old is down to race the Ceratizit Festival Elsy Jacobs at the end of April.