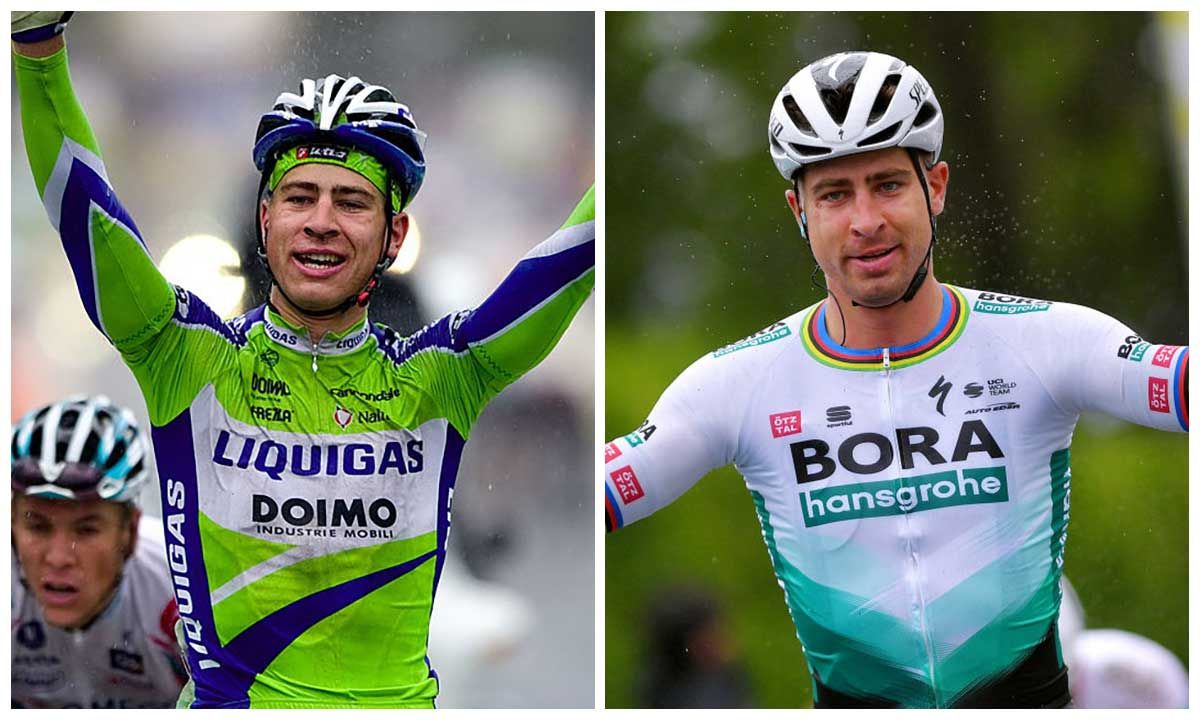 Peter Sagan (Bora-Hansgrohe) returned to the Tour de Romandie for the first time since 2010 and on Wednesday won the first road stage, duplicating one of the first successes of his WorldTour career.

In 2010, Sagan was racing with the Liquigas team and was just 20 years old but had already made a splash in his first professional season with two stage wins in Paris-Nice when he made his Tour de Romandie debut. He took second in the prologue to Italian specialist Marco Pinotti and hauled himself over three difficult climbs to get to the finish in Fleurier, where he out-paced Francesco Gavazzi and took the overall race lead.

Although he did not stay close enough to prologue winner Rohan Dennis (Ineos Grenadiers) to challenge for the race lead, Sagan moved to the top of the points classification and into fifth in the overall standings.

“I’m really happy to win again in the Tour de Romandie,” Sagan said. “In 2010 I had taken the first road stage and here I am eleven years later with another victory.”

After just one win in the shortened 2020 season – stage 10 in the Giro d’Italia – Sagan has now doubled his tally after his stage win in the Volta a Catalunya, but he was doubtful of taking out any more stages in what will be a mountainous rest of the week before the final time trial.

“It feels nice after three weeks without any racing to come here and win, probably the only stage suited to me because the following ones will be very hard.”

Sagan will return to the Giro d’Italia in May after last year’s successful debut before targeting the Tour de France, Olympic Games and the rescheduled Paris-Roubaix in October.