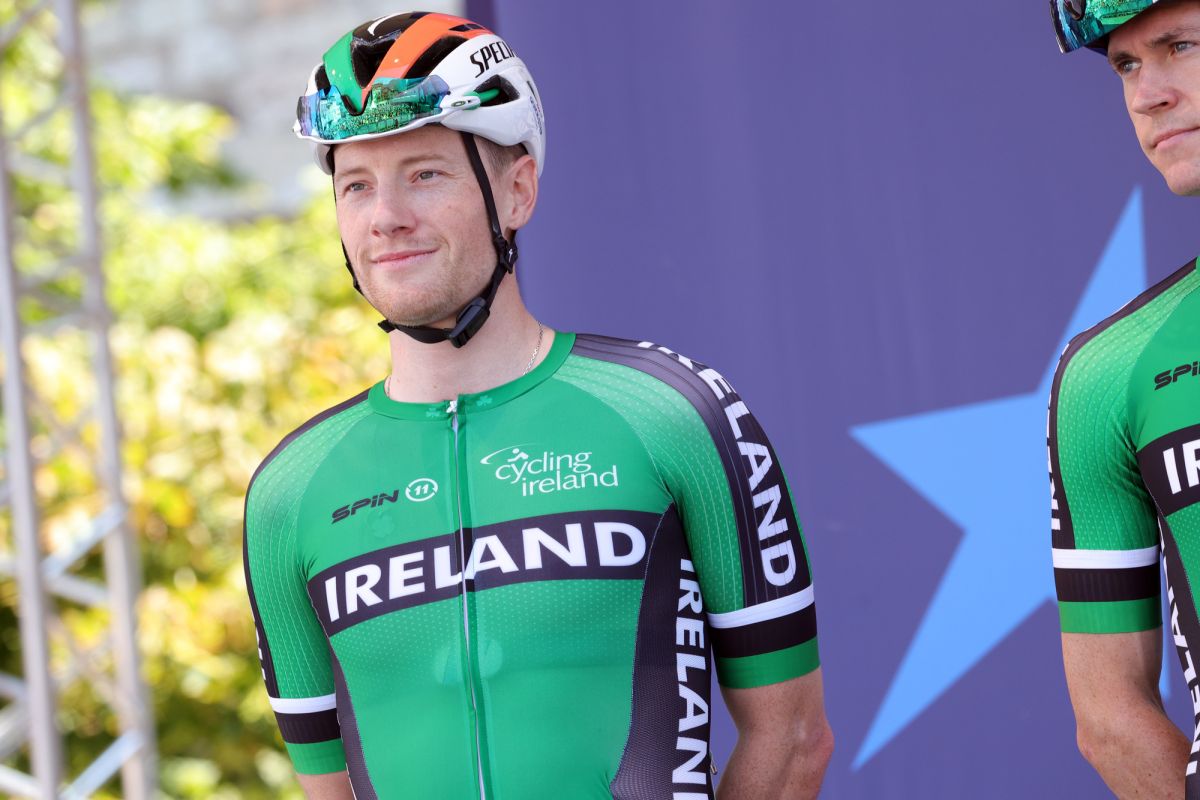 Sam Bennett would not be drawn on the topic of Patrick Lefevere at the start of the European Championships in Trento on Sunday, preferring to limit his comments to the race.

The European Championships marked Bennett’s first outing at a race since the Volta ao Algarve in early May with the Irishman’s season massively disrupted by a serious knee injury.

Since then he has been left out of the Deceuninck-QuickStep Tour de France team and faced a barrage of public criticism from Lefevere, who has called into question the rider’s mental strength and honesty.

Bennett, who will leave Deceuninck-QuickStep at the end of the season and return to Bora-Hansgrohe has kept his own counsel during the summer despite Lefevere’s baiting.

When questioned by Belgian television channel Sporza at the start in Trento, the Irish rider took a similar stance.

“I’m coming back so it will be a hard day today. The first climb will be the first challenge then I’ll take it climb-by-climb after that. I’m looking forward to being back in the mix, Bennett said.

When asked specifically about what Sporza described as a ‘disturbing’ relationship with Lefevere, the sprinter said: “I just want to focus on my race today and try to forget about that and focus on the race.”

In June Lefevere doubted the severity of Bennett’s knee injury stating: “I can’t prove he doesn’t have knee pain, but I’m starting to think more and more that it’s more fear of failure than just pain.”

Lefevere later apologized for those and other comments but then threatened to bench the rider and cut his salary.

‘“If he behaves himself he will race. If not, then three months less riding and 50 per cent less salary,” Lefevere told Cycling News.

He then compared Bennett to Mark Cavendish, and criticised what he perceived as mental weakness inside the Irishman’s head.

“The sprint train [at the Tour] was for Sam and you can’t change the programme for riders in the last week. That doesn’t work. Everyone has been mentally prepared for months. You can’t say that Mark is less than Sam. He deserves the best leadout.

“He’s different to Sam. First of all, Mark’s a lot stronger in the head than Sam. Even when Sam was the fastest he was always doubting about himself.”

At the end of July, Lefevere went even further. In his weekly column for Het Nieuwsblad. he again decided to discuss Bennett’s mental strength before then deciding to liken the Irish rider’s return to Bora as a woman returning to an abusive relationship.

“And last but not least there is Sam Bennett. For me he’s the pinnacle of mental weakness,” Lefevere remarked.

“Leaving Bora and moaning to everybody about how he was ‘bullied’ and almost broke and depressed. Only to return fourteen months later. It’s the same as women who still return home after domestic abuse.”

On the eve of the European Championships, the Belgian team boss questioned whether Bennett was simply taking part in the race in order to try and stave off the Belgian’s attempt to cut the rider’s salary but Bennett, who was dropped early in the race, would only briefly discuss his current condition on the start line.

“I’ve just been focusing on the racing and getting my fitness back. It’s just about getting fitter and building it back up. It’s all in a good way,” he said.