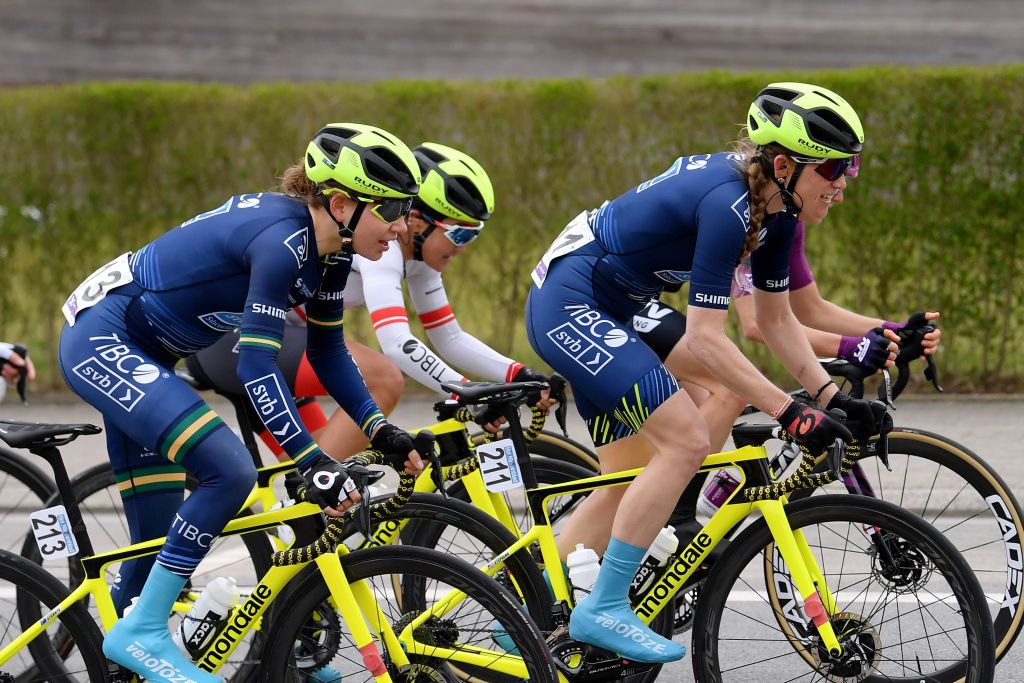 Sarah Gigante (TIBCO-Silicon Valley Bank) has launched into her first lengthy season in Europe, which the 20 year old has slated as a year of learning, with some promising early results but unfortunately the skill she’ll now have to focus on is mastering recovery from the common cyclists injury of a broken collar bone.

The excited pre-race Instagram posts from early in the morning before La Flèche Wallonne – where Gigante would have had a good opportunity to stretch her climbing legs – didn’t morph into pictures of post race celebrations or exhaustion for the Australian rider but instead gave way to a picture from what looked like a hospital, with an x-ray graphic attached and the caption “think i’m about to be told I’m finally a real cyclist”.

TIBCO-Silicon Valley Bank later confirmed the injury in a Facebook post: “Sarah Gigante was involved in an early crash, she suffered several injuries including a broken clavicle, she’s okay but being diagnosed by the doctors.”

Not that there ever is a good time to be injured, but It was unfortunate timing for Gigante, who had been looking forward to the hills of the Ardennes. She only got to make it to the finish line at the first of the three events, Amstel Gold Race, where she came 79th after being too far back and missing the split. She, however, has ample time to recover before one of her other big goals of the season which, if her team secures an entry, is the Giro Rosa in July. The climbs and stage-race format play to her strengths.

Gigante is no stranger to injury recovery after having crashed and broken her left shoulder and right wrist in April 2018, a year where she was targeting Junior Worlds, given it was her last in the category. She managed to find a way to keep up the stationary training while recovering – with the help of a harness, ropes and a tree to support her upper body – so she could make it to Junior Track Worlds in August and Junior Road Worlds in September.

The Australian time trial champion’s best result in Europe so far this season have been 11th at Dwaars door Vlaanderen and she got to wear the blue jersey of the youth classification leader in the Women’s WorldTour after coming 23rd in her first race at Trofeo Alfredo Binda.

Before heading to Europe, Gigante started her season in Australia, where she not only added another Australian elite and U23 time trial win to her ever growing list of Australian titles but also took victory at the Santos Festival of Cycling, the replacement event for the cancelled Santos Women’s Tour Down Under.