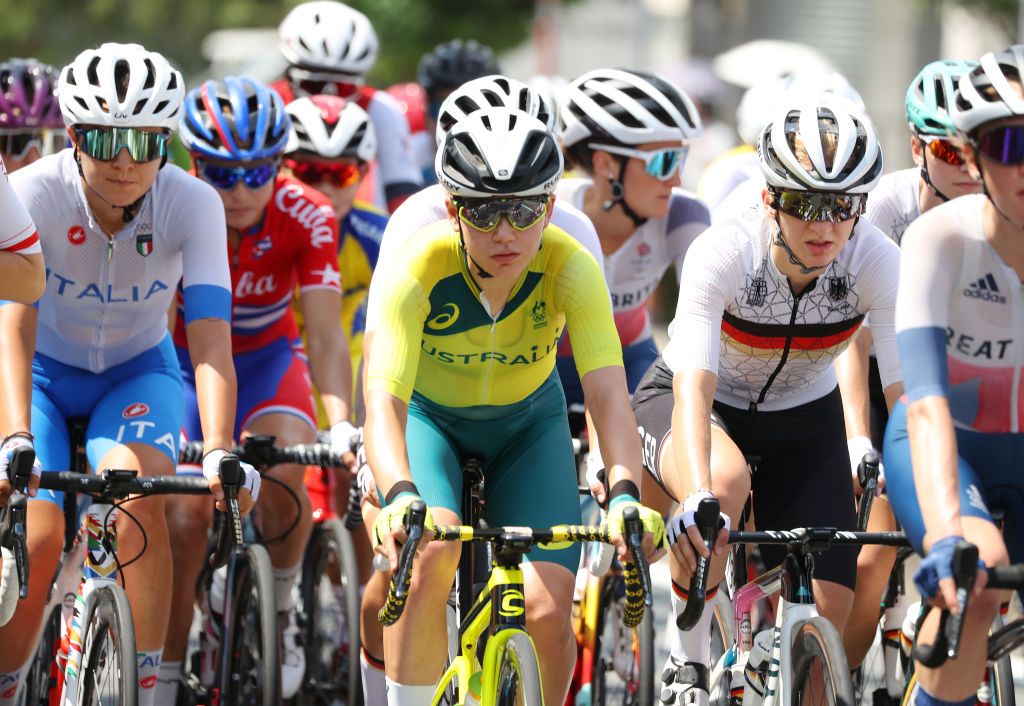 Luke Plapp and Sarah Gigante’s cycling careers have followed a remarkably similar path this year. The two Australian 20-year-old riders, who honed their skills racing and training together as juniors at the Brunswick Cycling Club, both started the year with attention grabbing performances at the Santos Festival of Cycling, won the nation’s elite time-trial titles, got picked to go to the Tokyo Olympic Games and, as some of the most sought after young talent in the world, signed with top WorldTour teams.

There is one area, however, where their paths diverge. Plapp got to line up at the UCI Road World Championships to compete in the U23 men’s time trial this year and, after securing silver, now looks ahead to the dream scenario of competing – and hopefully winning – in the category at his home-nation World Championships in Wollongong next year. As things currently stand, Gigante, however, won’t have that opportunity.

It’s definitely not that she lacks the talent or the track record. What’s stopping her is that when it comes to under-23 riders the opportunities available at the UCI Road World Championships are far from equal. Across the junior and elite categories, the women and men both have a road race and time trial, the under 23 women, however miss out at a crucial time in their cycling development.

“I think it’s completely unfair,” Gigante told Cycling News.”To think we don’t even have the chance of getting to put ourselves out there to compare against people our own age.”

Gigante has been an impossible rider to ignore, coming straight out of the junior ranks in 2019 and capturing the jersey of the elite women’s Australian national road champion in her very first year of racing in the senior ranks. She broke through in spite of the lack of that extra step on the ladder, signing to Movistar with a three-year contract from the start of the 2022 season after having raced with TIBCO-Silicon Valley Bank and taking 11th in the elite women’s time trial while representing Australia at the Olympic Games.

The 20 year-old rider would have to be among the favourites for a rainbow jersey if there was an under-23 competition. Illness did put her out of the running for Worlds this year, where she likely would have been picked for the elite Australian women’s team, but she is still in the U23 category next year. If the category were introduced for the women at Worlds by then, it would leave her ideally placed to deliver the dream scenario of securing a rainbow jersey in front of a home crowd.

“For me, it would be the icing on the cake getting to race an under-23 time trial,” said Gigante. “Racing a home World Championships in U23 in Wollongong would be absolutely incredible, so it’s a bit sad that won’t happen. But for the younger riders, the newer riders, or the riders that are maybe just a little less strong, I think that’s where it’s way more important because you see how many struggle to make that jump from under 19’s to elites.”

Gigante, was one who had the strength to quickly make her mark with elite national titles as soon as she started racing in the combined under-23 and elite category, and appreciated that she has had a chance to compete alongside elite riders. Still, she said even with her racing strength and a big result behind her it was hard initially to make the leap. Even as a nineteen-year-old Australian champion she still sent so many unanswered emails to teams before she secured a spot.

“Having a platform to compete is just so important. Teams can see the up and coming riders but also the riders can just feel a bit more hope because it’s a big difference from getting into a race in under 19’s and then feeling like you are just watching in the elites,” Gigante said, adding that she was fortunate to have had a team that was so patient with her during the initial stages.

“A little way to bridge the gap, to give riders exposure at a younger age would be fantastic to keep more riders in the sport.”

The difficulty of getting international exposure as a young rider is exacerbated  in places like Australia and New Zealand by the geographical barrier, particularly in the time of the COVID-19 pandemic. World Championships provided an opportunity for five of Australia’s U23 men this year. However, the women in this age group have missed out.

Riders like Anya Louw, who raced for Australia at Junior Worlds in 2018 alongside Gigante, step out of the under 19’s and all of a sudden face an opportunity gap.

“She’s really, really strong but to get picked for an elite team is so difficult. She could be representing Australia if she was a boy doing the same thing and that’s really not OK in 2021.”