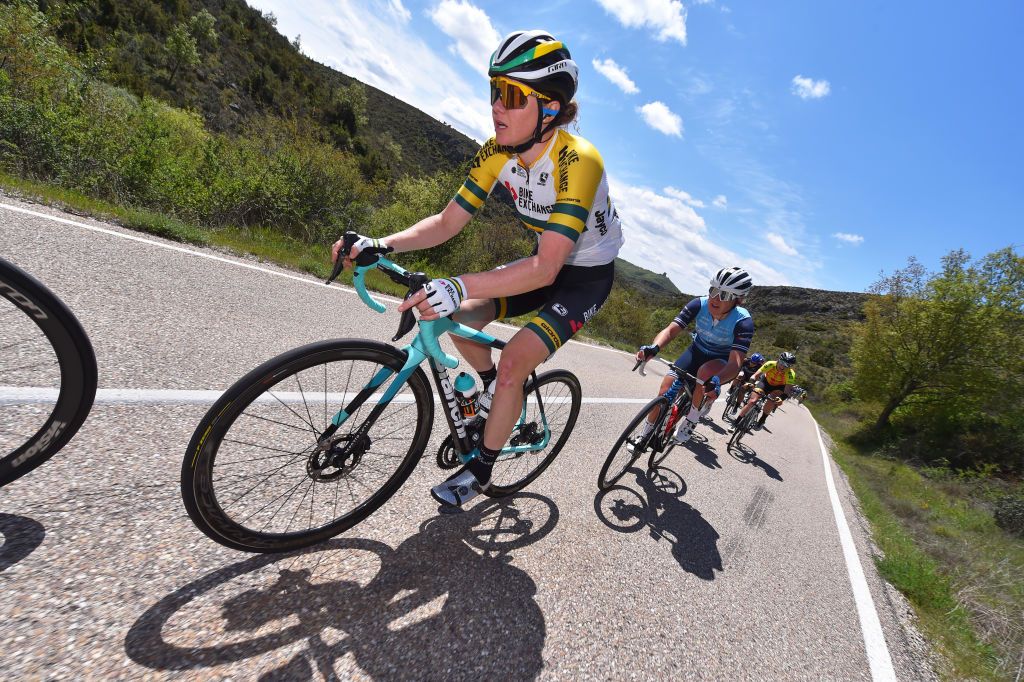 Sarah Roy will lead a five-rider Team BIkeExchange squad at the first Paris-Roubaix Femmes to be held on October 2 in France, which the Australian Champion says is a sign of progress in the sport of cycling.

“Paris-Roubaix is a monumental race, having a women’s Roubaix is a sign of a new era for women’s cycling. My hope is that it attracts a lot of global attention, a lot of new fans, and inspires more females to ride bikes and go pro,” Roy said in a team media release.

The UCI and ASO’s decision to add the event, known as the Hell of the North, to the late-season revised calendar last year was an historical moment for women’s cycling. It, however was cancelled in 2020 and postponed earlier this season due to COVID-19. The first event held on Saturday will be a day written into the history books for both women’s cycling and for the first champion of Paris-Roubaix Femmes, 125 years after the crowning of the inaugural men’s champion Josef Fischer of Germany.

“I have been really motivated and excited for this race since the day it was announced. We have done some great preparation for it with a number of recons and equipment testing. I would absolutely love to win this race someday but being the first ever edition we can’t really know what’s in store yet. Everybody knows anything can happen and no matter what, it’s going to be incredible,” Roy said.

Roy was forced to abandon the Simac Ladies Tour in August after sustaining a fracture to her scaphoid in a crash. She recovered in time to race the World Championships last weekend and Paris-Roubaix. She will be joined by New Zealand champion Georgia Williams, Janneke Ensing, Teniel Campbell, and Jess Allen.

“I fast tracked the rehab of my broken wrist and we’re all amazed that it got through the 166km World Championship road race. I hoped for a better result at the Worlds being a course suited to me but given the preparation I think that’s what we could have expected. The training that I have done and racing the Worlds I believe has been good preparation for Roubaix and I hope the legs will be good on the day.”

The women’s peloton will race 115.6 kilometres, starting with three circuits around Denain. They will then tackle 17 cobble sectors, for a total of 29.2km of pavè, and part of the route includes the two five-star sectors; Mons-en-Pévèle at the 67km mark and Carrefour de l’Arbre at the 98.5km mark, before the famed velodrome-finish in Roubaix.

“It’s exciting for us to be racing the first ever women’s Roubaix. We are going into the event to gain as much experience as possible for the future, for the riders but also the staff as well,” said BikeExchange director Martin Vestby.

“It will be an interesting race, everybody is excited and motivated to see how the race will unfold and we will try to take as many positives out of this unique race as possible. I am sure everybody will learn a lot, and this will aid us for the next editions. It’s new for everybody, so there’s a lot of unknowns, but it will certainly be a memorable day for everyone.”

Join Cycling News for live text-based coverage of 2021 Paris-Roubaix Femmes, and check in after the race for our full report, results, gallery, news and features on October 2, 2021 from 1 p.m. CDT until the finish.