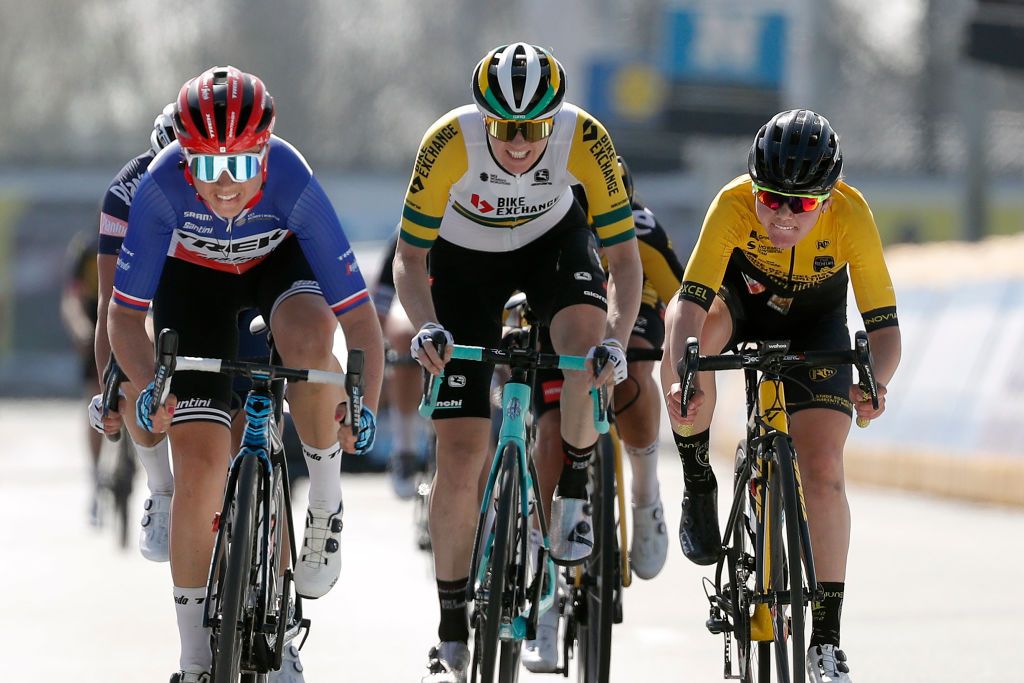 Australian road champion Sarah Roy will end her seven-year stint at Team BikeExchange and move to Canyon-SRAM for 2022 on a two-year contract, the German team announced on Thursday.

Roy is the fourth new signing for Canyon-SRAM. The team brought in Pauliena Rooijakkers and Soraya Paladin from Liv Racing and Shari Bossuyt from NXTG, while team leader Kasia Niewiadoma extended her contract.

“The races and the season become more demanding every year. We had quite a young roster previously, but with the implementation of the development team in 2022, we wanted to add more experience to the Women’s World Team. Sarah knows how to read a race and lead the group. Although she has had many years in the pro peloton she is still very hungry. In a new environment, she will blossom.”

Roy turned professional in 2013 and has been with the Australian squad for the majority of her career, joining in 2015. She is far from the only departure from the nation’s only Women’s WorldTour team this season, as it was earlier announced that fellow Australian Grace Brown was leaving to join FDJ Nouvelle-Aquitaine Futuroscope, Jessica Roberts is heading to Team Coop – Hitec Products, while Lucy Kennedy and Janneke Ensing are retiring.

Roy’s last European victory was in 2019 when she won the Clasica Navarra but she has been a consistent performer in the Classics, netting top-10 results this season in Gent-Wevelgem and the Scheldeprijs and last year finishing top five in the Tour of Flanders.

“I would describe myself as a Classics style rider. I’m a strong all-rounder with a good finish at the end of hard races,” Roy said.

“I am really looking forward to further developing as a racer and a person with the team next year. Our plans have got me very excited about the future. I think the team and I have a lot to offer each other and this mutual feeling is extremely motivating for me.”

Roy says she still has not reached her full potential as a racer and is enthusiastic about the opportunities her new team will offer.

“There is so much to love about cycling but one of my favourite aspects is the space it gives to grow and develop as a human. I am really proud of how far I have come on and off the bike over the last eight years as a professional cyclist, none of which would have been possible without the super special relationships formed over the years,” said the Australian.

“Being a professional cyclist is a really dynamic, challenging, and enthralling way to live life, and it is a really exciting time for women’s cycling specifically. I am continuing this path because I feel I am yet to reach my potential and because I love it and feel I have a lot to give.”

Canyon-SRAM are unique in the women’s peloton, having created a development programme that aims to bring in racers from non-traditional cycling countries from Asia, Africa and South America. They have also recruited riders each year from the Zwift Academy and launched a Diversity and Inclusion programme under consultant Christine Kalkschmid, all of which appealed to Roy.

“I feel very positive and enthusiastic about joining Canyon-SRAM Racing. I love what this team is about, and can already see what a great fit we are for each other. I am proud to be involved with an organisation so committed to lifting our sport,” said Roy.