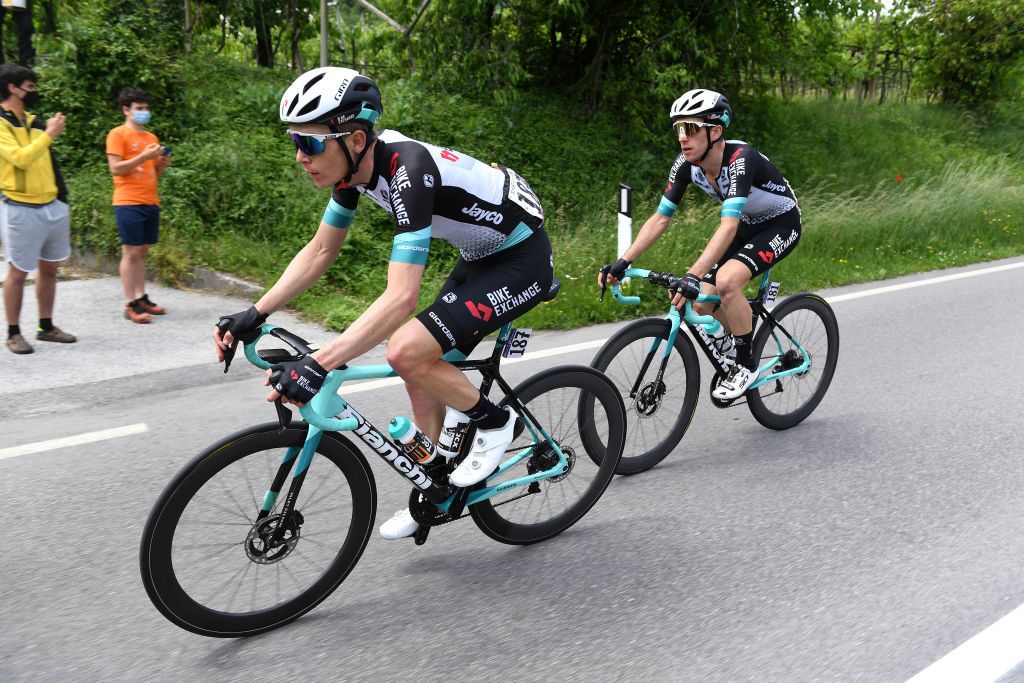 Australian Nick Schultz (TeamBikeExchange) won’t be lining up at the start of stage 18 of the Giro d’Italia after fracturing the fifth metacarpal on his left hand, leaving Simon Yates without a key part of his climbing retinue as the race heads toward those final crucial climbing stages.

Schultz had made a habit of been Yates last man standing in the pivotal mountain stages so far but the 26-year-old wasn’t there when the Briton reignited his GC hopes on the Sega di Ala, shifting back up to third and taking time back on the maglia rosa clad Egan Bernal (Ineos Grenadiers) and second-placed Damiano Caruso (Bahrain Victorious). Instead, Schultz was nursing injuries as he rode toward the finish after having hit the tarmac on the final descent before that all-important climb.

The crash occurred at just under 30 kilometres to go and also caught out Remco Evenepoel (Deceuninck-QuickStep) – who has now also abandoned – and Giulio Ciccone along with two of his Trek-Segafredo teammates Vincenzo Nibali and Amanuel Ghebreigzabhier. Schultz, with blood running across his fingers and ripped shorts, clawed his way to the finish nearly 25 minutes behind stage winner Dan Martin (Israel Start-Up Nation) to keep his hopes of continuing alive, but then after the stage it became clear that his race was over.

“Gutted to be leaving the Giro in this way,” said Schultz in an instagram post. “A fractured 5th metacarpal means I won’t be starting tomorrow.”

The team said he would also undergo further examination to determine if surgery is needed.

Schultz stepped up to the role on Yates climbing team this year in his third season with the squad. The rider showed his promise in the season restart last year, with his results including a 25th in the Vuelta a España, and then continued to build into this year with a sixth at Jebel Jais in the UAE Tour, third overall at the Settimana Coppi e Bartali and tenth at the Tour of the Alps.

Working to support his team leader Yates on the climbs of the Giro d’Italia, alongside Tanel Kangert and Mikel Nieve, Schultz had also been 18th on the GC before the stage.

“Sorry to be leaving my … team mates, but I know they’ll finish it off in style,” said Schultz.