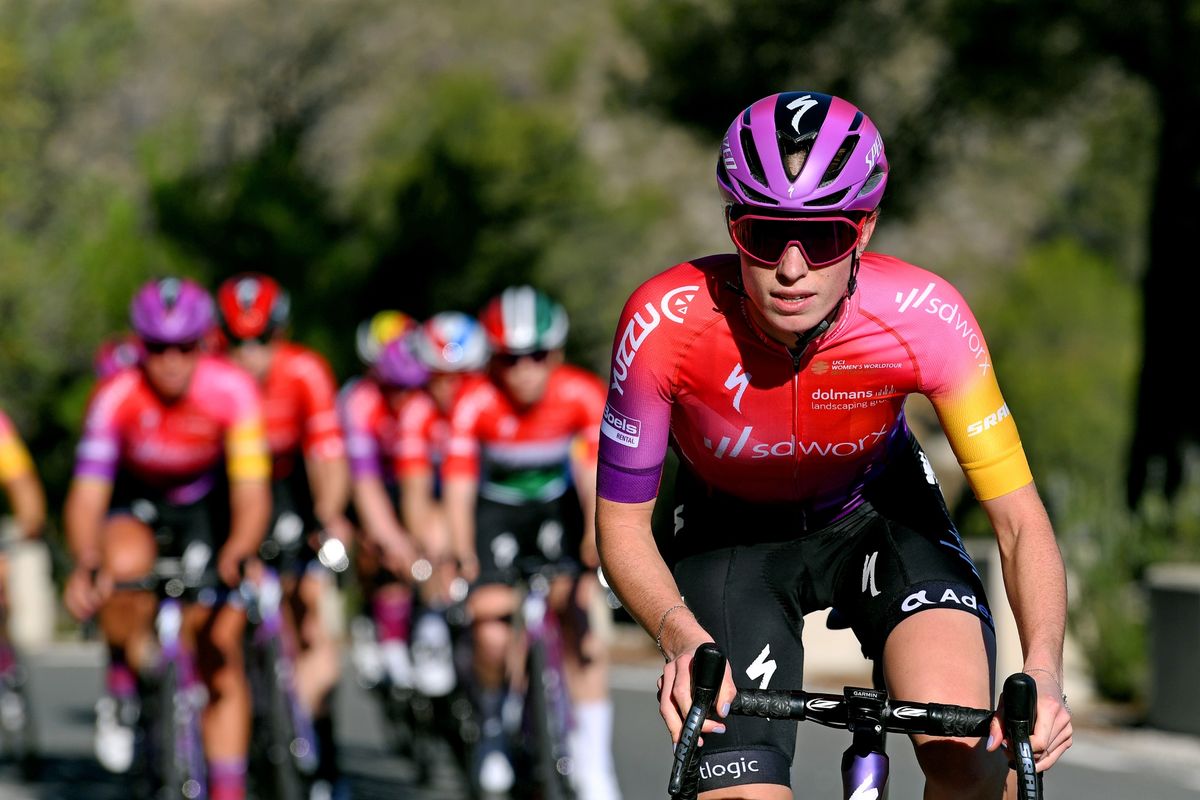 SD Worx have unveiled their kit for the 2022 season, overhauling their purple and red look to add shades of pink and yellow.

The new jersey design should mean that the team’s riders are easier to pick out in the women’s peloton next year, after a 2021 season which saw several teams opt for purple-dominated kits in addition to purple being the colour of the Women’s WorldTour leader’s jersey.

The logo of title sponsor, payroll and human resources provider SD Worx, remains on the front and on the shoulder of new jersey, while sub-brands Pointlogic and Adessa are also visible along with other major sponsors Boels, Dolmans, Sram and Specialized.

New sponsor Yuzzu, which provides bike and vehicle insurance, adorns the right shoulder of the new jersey, with the splash of yellow added from their company colouring.

“I think the shirt has become even more beautiful. Much more feminine,” said Demi Vollering.

“This really stands out in the peloton. We already saw that during the photo shoot in Spain where the shirt really drew attention in the sunny weather. To look so beautifully groomed again is a good motivation towards the upcoming cycling season.”

The Dutchwoman, who last year racked up four wins including the Women’s Tour, La Course, and Liège-Bastogne-Liège Femmes, is set to once again be a key rider for the squad as they look to rebuild following the retirement of Anna van der Breggen.

She’ll take up a directeur sportif role on the staff for 2022, while Chantal van den Broeck-Blaak is set to do the same at the end of the upcoming season. Jolien D’Hoore and Karol-Ann Canuel have also retired.

Giro Rosa runner-up Ashleigh Moolman Pasio also stays with the team, while young talent Blanka Kata Vas is expected to take on a larger role after impressing at the Ceratizit Challenge and European and World Championships following her mid-season move from Doltcini-Van Eyck.