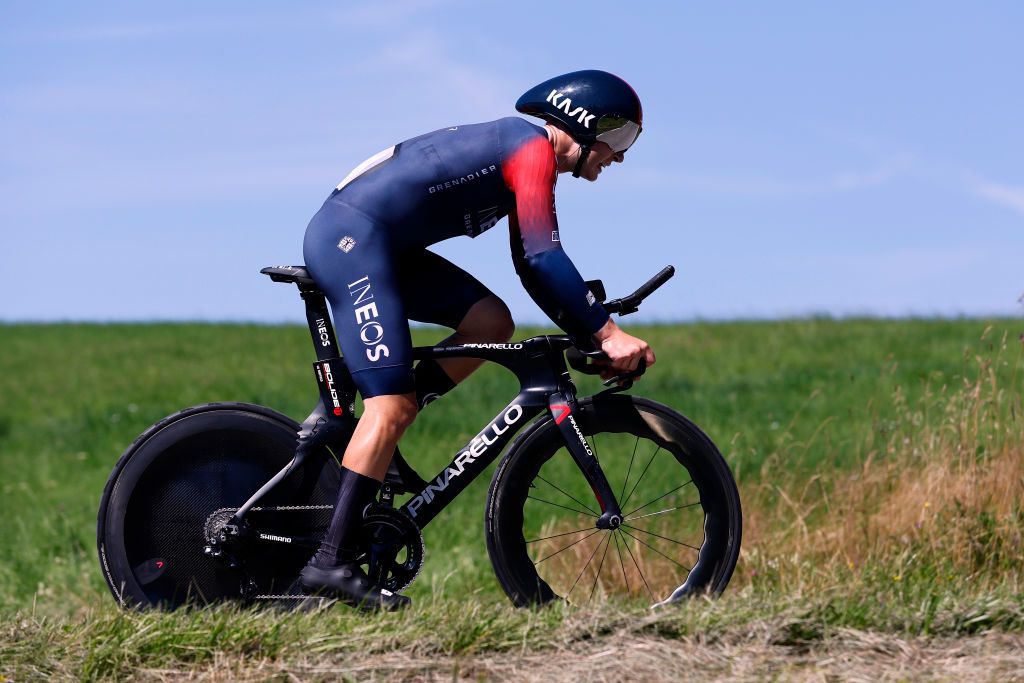 Long before stage 6 of the Tour de Pologne had finished and as he waited for the remainder of the riders to complete the time trial course, Magnus Sheffield (Ineos Grenadiers) told Cycling News that if he took a top 10 on the day’s result sheet, he’d be “over the moon.”

At that point, Sheffield was provisional stage leader and as things turned out only one rider, Thymen Arensman (Team DSM) was able to beat his time, by eight seconds.

The runner’s up spot may have been frustrating for Sheffield after coming so close to an actual win, but fending off so many more experienced pros to claim his best WorldTour result to date marked another major step forward for the young American pro.

Sheffield’s breakthrough came on a day when three of Ineos Grenadiers’ youngest riders,  20-year-olds Ben Tulett and Sheffield and 23-year-old Ethan Hayter all placed inside the top six of the Pologne time trial, and Hayter claimed the overall lead.

“It felt pretty good today, I didn’t have too many expectations especially after four days of hard racing,” Sheffield, already the winner of a stage of the Ruta del Sol and the Brabantse Pijl this season, told Cycling News as he waited in the warm Polish sunshine at the finish.

“This kind of time trial is pretty new terrain for me, I grew up racing time trials on highways, out and back. But I also enjoy the short, punchy prologues as well.

“Today was not technical at all, more a fine balance of measuring your effort as well as possible, because it was pretty rolling in the beginning but you could really pay for it in the end.”

Sheffield said that he did not look at the course too closely beforehand, but doing the recon of the steadily rising 11-kilometre course made him that “maybe I could do a fast time. After the Classics I really wanted to win a World Tour race, be it a stage or a TT like today. But really, even if I get a top 10 at the end of it all, I’ll be over the moon.”

After his first season as a pro with Rally Cycling in 2021, Sheffield has had a busy first year in a WorldTour team at Ineos Grenadiers, including a full program of Classics. But there’s still a lot more to come after Pologne for the North American.

“After the first half of the season I flew back to do the Nationals, it was disappointing to lose the time trial by just a few seconds to Lawson [Craddock, BikeExchange-Jayco]. But then I came back here and did an altitude camp with the rest of the team in Andorra,” he pointed out.

“Then it was straight to Poland before I go onto the Tour of Denmark and then possibly the Worlds before the end of the year.” But come what may between now and the season end in late October, Sheffield’s result in Pologne will certainly remain a milestone in his year, and perhaps in his career, too.