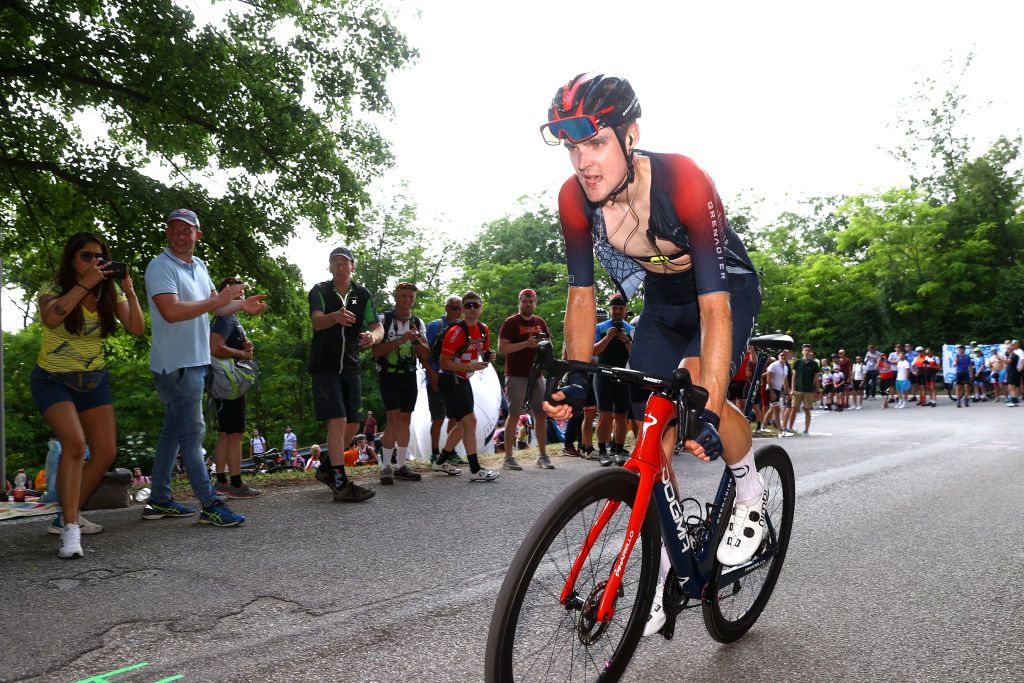 Until stage 19, Ineos Grenadiers have had a nearly flawless Giro d’Italia, with Richard Carapaz looking firm and confident in the maglia rosa heading into the final weekend. But Bora-Hansgrohe have been putting the boots to the peloton in the high mountains and Pavel Sivakov said the pressure of that may have been a contributing factor in his crash on Friday.

After losing Richie Porte earlier in the stage, with the Australian reportedly vomiting while riding off the back of the peloton before he finally abandoned, Sivakov came to grief mid-stage when Jai Hindley’s teammates were pushing the pace.

“I think I need to put [stabiliser wheels] on my bike,” joked Sivakov, who last year had a race ending crash at the Giro. “I had a puncture on the front wheel. Now most of the riders ride with tubeless [tyres] and it’s really unstable. I was calling the car with one hand and as you see I just lost the front wheel and a stupid crash again, like previously in the Giro.”

Sivakov, one of the key support riders in the mountains for Carapaz, made it back to the peloton and was able to be there to set the pace on the final climb with a turn that saw key maglia rose rival Hindley lose his remaining Bora-Hansgrohe teammates from the select GC group. However, his anger cost him in the form of a UCI fine for “Improper conduct directed at a commissaire” in an incident that happened out of view of the television cameras.

“The legs were good, I was a bit pissed,” Sivakov explained of his crash. “But I got it together and at the end I think I did a good job, did a strong pull. I’m satisfied.”

Bora-Hansgrohe – who have Hindley placed just three seconds behind Carapaz on the overall – pulled off the front before the final climb, but had taken charge with more than 100km to go and were ever present on the twisting, narrow roads of the second last climb, the Kolovrat.

“Chapeau to them. I think also my crash was due to this because there was only one line and a lot of stress at that point and it was not the best moment to have a flat.

“Maybe this also caused [the crash]. When you put people under pressure, it creates opportunities on your opponents. Although I’m sure they don’t want me to crash, but creating pressure is always good for the adversity.”