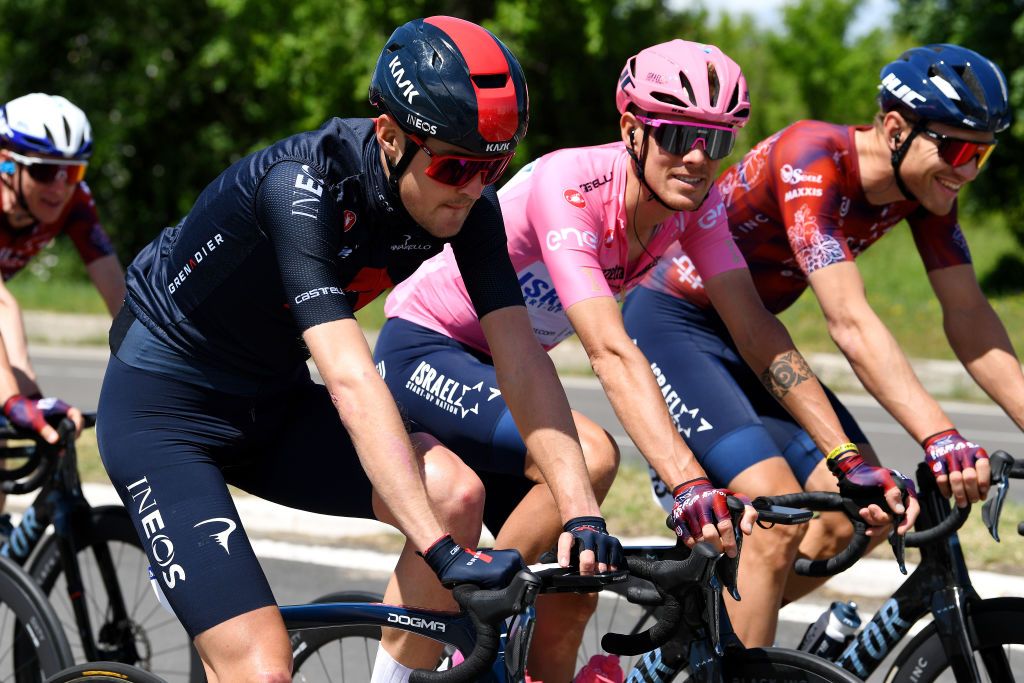 Pavel Sivakov (Ineos Grenadiers) crashed hard with 15km left to race of the stage to Cattolica, ending his overall hopes in the Giro d’Italia.

The young Russian rider seemed to touch wheels with a teammate and crashed hard, suffering cuts to his right leg and arm.

He got up, changed bikes and got going but lost any chance of catching the high-speed peloton that was preparing for the sprint finish.

Jhonatan Narváez dropped back to help Sivakov but he waved him away as he rode slowly to the finish.

Sivakov was named as joint team leader for Ineos Grenadiers but lost time on stage 3 to Sestola and was 30 seconds down on the other GC contenders.

Sivakov crashed hard at the 2020 Tour de France but managed to make it to Paris. He also crashed at the recent Tour of the Alps.