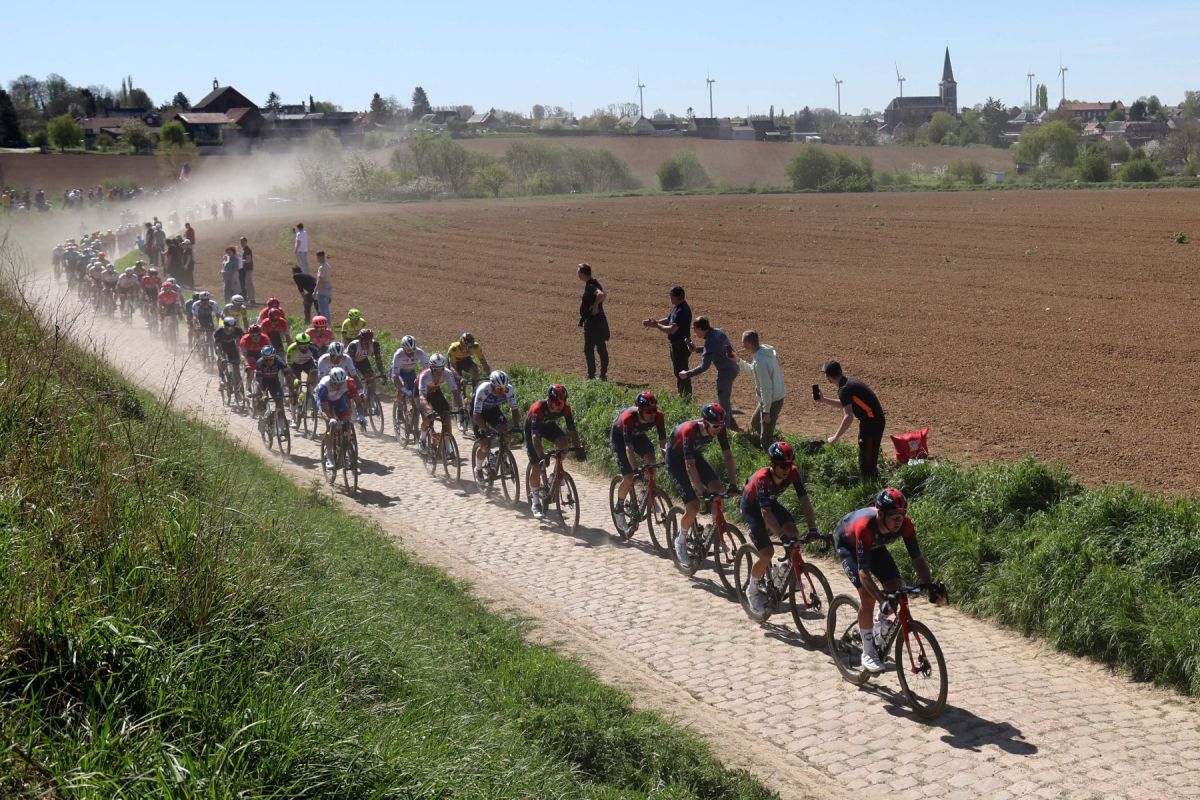 Following the end of the spring Classics season, attention has swiftly turned to stage racing, with the Tour de Romandie complete and the Giro d’Italia set to kick off the Grand Tour calendar this week.

For Ineos Grenadiers, long one of the stage racing powerhouses of the peloton, the transition will be a smooth one as they look to the likes of Richard Carapaz and Richie Porte at the Giro and Dani Martínez, Geraint Thomas, and Adam Yates at the Tour de France.

But this spring the team showed that they could be a real Classics force, too, taking out wins at Amstel Gold Race, Brabantse Pijl, and Paris-Roubaix and racing on the front foot from February’s Opening Weekend through April.

After Dylan van Baarle’s win at Roubaix, directeur sportif Roger Hammond chalked the team’s Classics successes up to a change in philosophy. “They want to race and race ‘properly’,” he said.

Deputy team principal Rod Ellingworth told Cycling News in the aftermath of Liège-Bastogne-Liège that Ineos had simply sought more creativity in their racing and given more opportunities to younger riders, such as Magnus Sheffield and Ben Turner.

“We’ve been working on this philosophy now for a year and a half or so,” Ellingworth said as his team prepared to depart Liège long after Remco Evenepoel’s solo victory.

“It’s about just being a bit more creative with the racing, not being as reserved in some ways, but also just letting people get out there, and giving people opportunities to race. We’re giving people the chance to sort of show who they are in races but doing it in a smart way.

“It’s not just flipping it and saying ‘we’re going to attack it at any given moment’. There’s a method behind it and that’s what the guys have done. I think the directors have very much done a good job in terms of taking that concept and trying to be a little bit more creative in their tactics and their approach to racing.

“But a lot of this is about the group and how they believe in each other. As you saw here, they all add their problems and their roles kept changing today. So, they all committed to the purpose of trying to get a result, really.”

While the change in how Ineos have approached the spring has brought a clutch of results this year – 20 wins, including those major Classics but also Itzulia Basque Country and stages at the Volta a Catalunya and Tour de Romandie – the more controlled way in which they have raced stage races and Grand Tours in the past has also largely been dispatched with.

That level of control has never been possible in races like the Classics, but the days of a six or seven-man train leading a GC contender into the final kilometres of a mountain stage is also a thing of the past for Ineos.

“The races seem to be a lot quicker from the outset now,” Ellingworth said. “Races change – that’s just fact, isn’t it? It’s great. I think it’s brilliant. I think it’s really exciting to see the racing get a little bit more unpredictable. I think it was very much a predictable way of racing before and now it’s totally changed. So that’s great.

“In the stage races we’ve had some good results already. You look at Carapaz in Catalunya, and Martínez in Paris-Nice and Itzulia. [It’s about] not being scared, but waiting for the right moment, being smart. It’s just brilliant. We’re going to continue this philosophy, for sure.”

A special atmosphere and the next steps

Part of Ineos Grenadiers’ shift in their racing philosophy has come with the infusion of young riders in recent seasons, with eight of the team’s 31-man roster aged 23 or younger and a further five aged 24 or 25.

Eight of their 20 wins so far in the 2022 season have come via that group of eight youngsters, with Ethan Hayter (three) and Sheffield (two, including Brabantse Pijl) joined by Luke Plapp, Ben Tulett and Carlos Rodríguez among the victories. Meanwhile, Tom Pidcock and Ben Turner have also been in the thick of the action contending for Classics glory.

Ellingworth said that there’s an “upwards pressure” from the young group of riders at the team, who have been keen to race and win from the off, adding that he sensed at the team’s first get-together back in December that they had something special.

“I think you’re always aiming for the performances, aren’t you, and with some new young riders, you follow their dreams but they’re the ones who’ve got to do it on the bikes,” Ellingworth said.

“It was quite clear that they had huge motivation. You could feel something in December when we all got together for the first time properly; there was a real good movement in the team, like a real drive, and they all seem to get on super well. It was just really good to see.

“From that moment, they have just been building all the time. You know you wish for the big performances, and I’m not surprised how they’ve performed a team. Also, there were moments where we didn’t get the result of the performances were 10 out of 10, such as the GP Denain.

“It’s all about the way that you perform, which is the key thing. As we were saying, if you keep doing that, you’re going to get the win, you know? And sure enough, that’s what’s happening. It’s really good and we’re really excited about the future.”

Following the conclusion of the Classics and the spring season, the next challenge for the team’s crop of talented youngsters, Ellingworth said, will be to show what they can do in the summer stage racing season.

“I think it’ll be interesting now for the likes of your Turners and your Sheffields and these guys,” he said. “Now, they’re going to turn their hand to the stage racing and supporting and that’s going to be another learning curve for those guys.

“We have a few other young lads in the pipelines for the coming years, so it’s pretty good. Exciting stuff.”