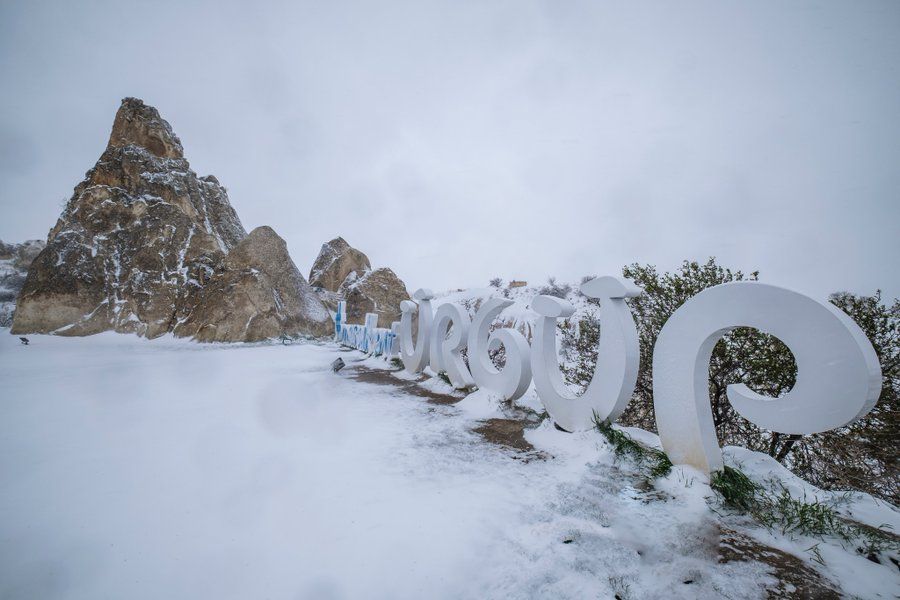 The opening stage of the Tour of Turkey has been cancelled after heavy snow covered the elevated hills between Nevşehir and Ürgüp in central Turkey that were due to host Sunday’s first stage.

Riders awoke to heavy snow falls on Saturday and with more wintery conditions expected, race organisers were forced to cancel the stage.

The 167.3km stage was due to climb up to 1400 metres five times from a start point of 1200m before finishing in Ürgüp but the weather conditions made racing impossible.

The race caravan will now transfer southwest to Konya in the hope the weather improves. However stage 2 also starts at an altitude of 1000 metres, with climbs reaching 1480 metres.

Instead of racing, riders took to indoor trainers to keep their legs turning.

The 2020 edition of the race was cancelled due to the COVID-19 pandemic. However this year the race was set to include eight stages, with a mix of hilly stages and sprint opportunities.

See more
SOURCE: CyclingNews   (go to source)
AUTHOR:
All copyrights for this article, including images, are reserved to the original source and/or creator(s).