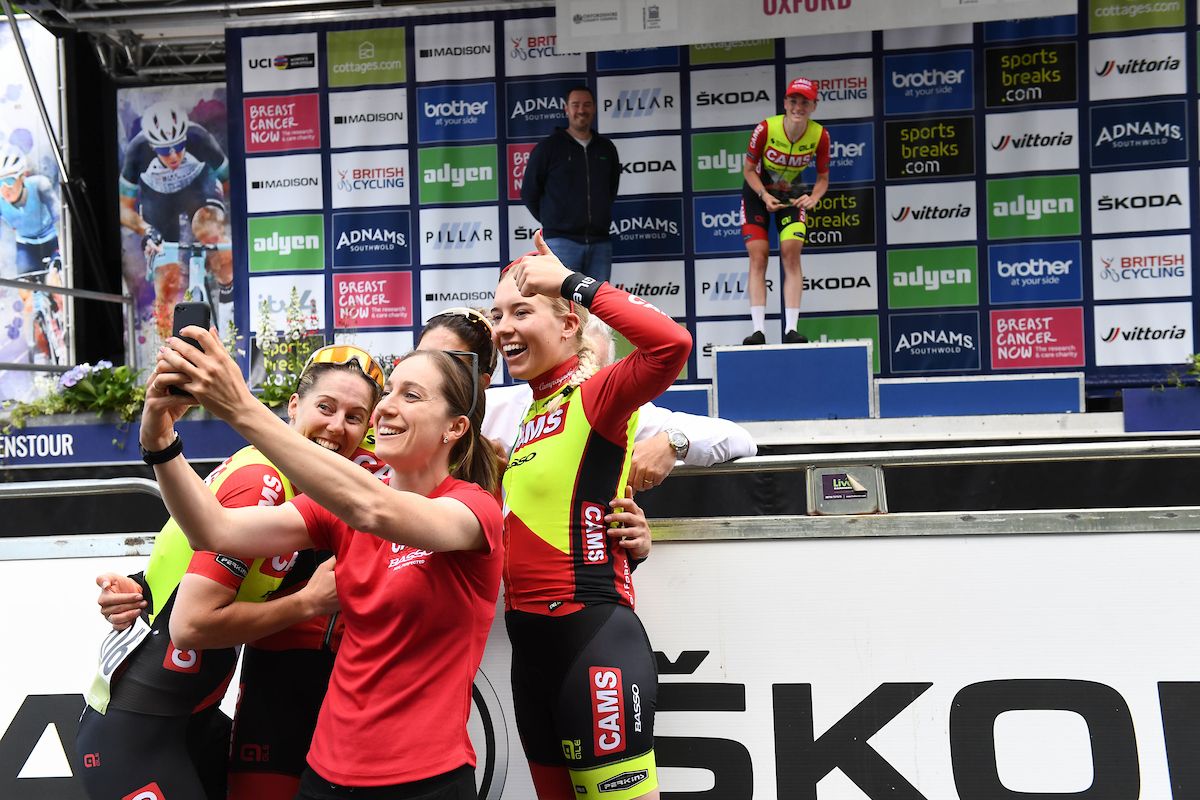 Despite coming into the race as one of the smallest teams on a packed WorldTour start list, CAMS-Basso left the Women’s Tour with a string of aggressive rides and a best British rider accolade for Becky Storrie.

The 23-year-old’s stand-out performance came on stage 5, where she finished ninth on the summit finish atop Black Mountain, just 21 seconds back on winner Longo Borghini and the best non-WorldTour finisher.

“I felt confident,” Storrie said of the stage. “I’ve been climbing really well recently, but these girls are the best in the world so it’s very humbling. But it was a really good ride and I’m glad I could pull it off for the team.”

Storrie’s results are part of what was a very active week for CAMS-Basso, the team that recently started the career of WorldTour pro Anna Henderson (now Jumbo-Visma).

Danielle Shrosbree and Sammie Stuart both went on solo breakaways on stages 1 and 2, the latter on only her second-ever UCI race day. In the latter stages, the team’s red and yellow kit was rarely far from the front in the fight for early moves.

“We’ve got a really good atmosphere in the team,” Storrie said. “We’re like one family, we all spur each other on to do the best that we can.

“I think that success does breed success and we’ve shown that we can ride with the best in the world and we’re giving it to them. I’m really proud of everyone.”

The Women’s Tour was Storrie’s first WorldTour race for the season, but she has figured in a number of European stage races already in 2022, including finishing eighth overall at the Vuelta a Andalucía in May.

Storrie will go back to the British domestic series after this race, but has the goal of moving up a level in mind.

“I’m kind of just taking each day as it comes, but that is always the goal, to step up to the WorldTour one day,” she said.

“I’m just thinking about the next race. That’s CiCLE Classic for us in the national series next weekend, so that will be fun.”