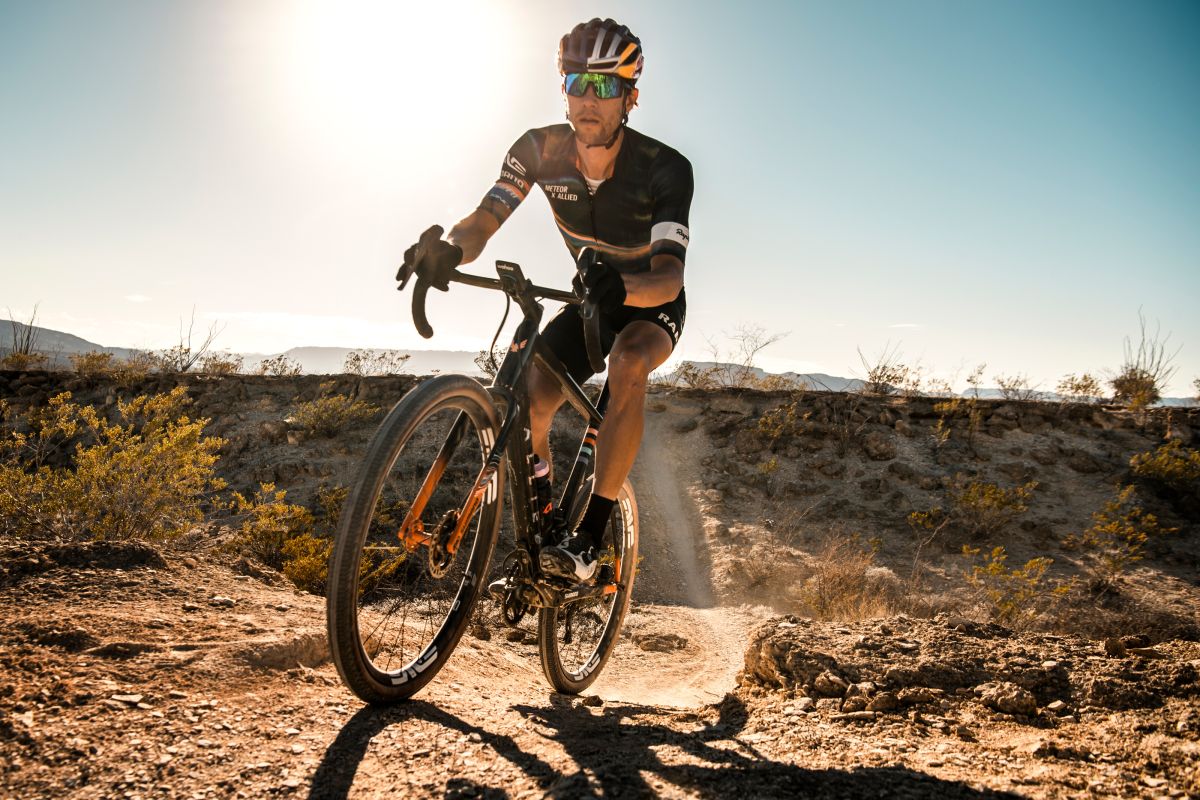 Texas-based gravel guru Colin Strickland opened the season last weekend at MidSouth Gravel in Oklahoma, pushing through some ‘wild weather per usual’, snow-melt mud and multiple punctures for a 13th-place finish. Strickland came off a hard training camp in Jalisco, Mexico three days prior to the Oklahoma race, where he was runner-up in 2020, and is still working into his peak season form.

In three weeks Strickland will line up against many of his MidSouth Gravel competitors, including winner Cole Paton, third-place finisher Adam Roberge, John Borstelmann, Peter Stetina and Ted King, in Monterey, California for the first of six races of the Life Time Grand Prix series, the Fuego MTB 80K cross-country mountain bike race at the Sea Otter Classic.

It’s been a while since the 2016 Red Hook criterium series winner looked forward to a mountain bike race, having spent years in the gravel winners’ circle. He took victory at  Gravel Worlds in 2017 and 2018 as well as second place in 2021, the Unbound Gravel 200 win in 2019 and The Rift Gravel Race victory later that year as well.

“I have been riding some mountain bike and am confident with my skill set. It shouldn’t be too technical [Fuego MTB], but more likely riding on all lungs and heart,” he said in an interview with Cycling News.

“I built up a new mountain bike, for starters. I’ve been charging around my local Austin trails, getting comfortable with the edge of traction. I have never raced the Sea Otter course, so I’m not sure what to expect.”

The series will be contested by 30 women and 30 men for an equally-split prize purse of $250,000, paid to the top 10 riders – first place is $25,000 – with the most points accumulated from five of the six races. Sea Otter’s Fuego MTB 80K on April 9 is one of three events, along with Crusher in the Tushar on July 9 and Chequamegon MTB Festival on September 17, which also offer individual event purses.

“I plan to attend all six events, which is a wise approach since injury and illness do happen,” Strickland added.

Strickland spends most of his time between endurance events deep in the heart of Texas, and will get a chance to amp up his conditioning in May with back-to-back gravel grinders in his home state to prepare for Unbound Gravel on June 4. The Red Bull Rio Grande Gravel will launch on May 7 with a 75-mile event for men and women, followed by Gravel Locos 150 the next weekend.

“It is special to see Texas contributing some cool and unique events to the calendar. The roads themselves are very rugged in the area. It will be really cool,” said Strickland, who rode in the area near Marfa last fall with Payson McElveen. “We were scouting some desolate roads in the area. It is a challenging place to find, but that is part of the draw – It’s one of the most magnificent places in the country.”

The inaugural Rio Grande Gravel will start and end on a private, 30,000-acre cattle ranch and resort, Cibolo Creek Ranch. A 25-mile circuit will be used by competitors, with Rio Grande Gravel organisers recommending disc brakes on those rough roads since “rim brakes will not be sufficient for some of the descents”.

“It is a bit removed from Marfa, but at night it is one of the darkest skies in America. I took several trips out there about a year ago. It’s near Big Bend National Park,” Strickland said of the serene setting, located in the Chihuahuan Desert.

Rio Grande Gravel is strategically positioned before the 150-mile Gravel Locos and then Unbound Gravel 200, making it “a stepping stone to more massive races.”

Strickland, who was runner-up at Gravel Locos 150 in 2021, saw the two Texas races as both convenient and challenging to help give him the form for Unbound, which he won three years ago.

“Regarding my buildup to Unbound, I believe I’ll be best served by stacking the most number of hard race days possible. This was the approach for my success at 2019 Unbound, and I plan to try to emulate that in 2022.

“I try not to race for money, as it can be disappointing. There are a million ways to ‘kibosh’, and that takes the fun out of it. So winning… if it happens, it happens.”