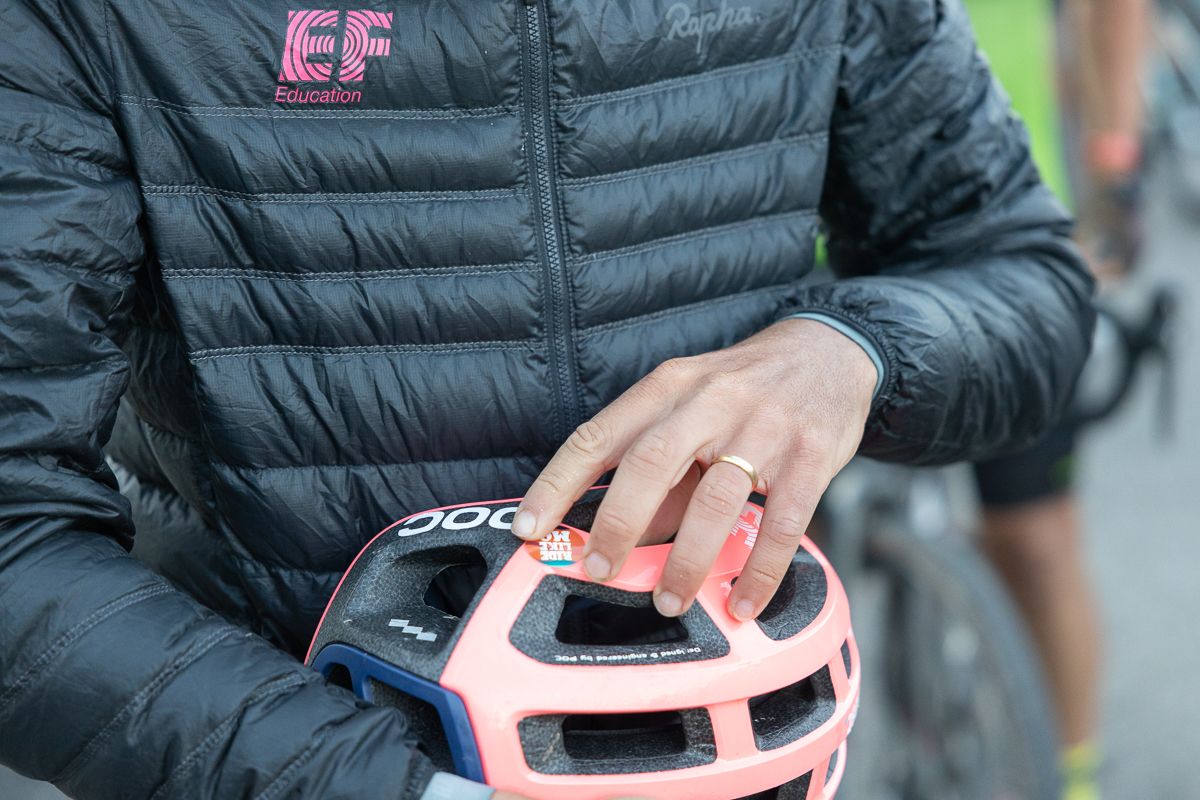 Friday was celebrated for the positive impacts of bicycles on World Bike Day, and as the sun peaked above the Flint Hills of Kansas early Friday morning it was also a day to share the positive impact from the life of Moriah ‘Mo’ Wilson.

At 5:30 a.m. (CDT) a ‘Sunrise Tribute Spin for Mo’ was held to honour the gravel racer who was killed in a shooting in Austin, Texas, three weeks ago. Wilson was the early overall-female leader of the Life Time Grand Prix presented by Mazda after winning the opening round in April at Sea Otter Classic’s Fuego XC 80K. She was the women’s favourite for Unbound Gravel 200, where last year she finished ninth.

More than a hundred elite and amateur riders turned out for the 12-mile tribute ride, which was led by Kristi Mohn, one of the original founders of Unbound.

Unbound 200 men’s defending champion Ian Boswell was among the many elite riders at the event, along with Lachlan Morton, Alex Howes, Emily Newsom and Lauren Stephens. Participants placed “Ride Like Mo” stickers on their helmets or placed special ribbons on their seat posts at the start of the ride. The cycling community has paid a number of tributes since her death, many on social media.

After a somber start from 8th and Mechanic streets in downtown Emporia, the riders rolled to the Camp Alexander pond for reflection of Wilson’s life. Michelle Duffy, director of marketing for Life Time, the company that owns Unbound Gravel, read several past Instagram posts written by Wilson at the stop just prior to a moment of silence. The group returned downtown following the six miles of the course that will be used this weekend to the finish line.

“Doing this type of thing will help honour her the best way that everybody can,” said Amy Charity, who will be competing in Unbound 100.

Boswell was one of many athletes who wrote a tribute to Wilson in the past few weeks, saying in part on his Instagram feed: “We have lost a star athlete, yet far more importantly, we lost a friend and a soul that saw far beyond the headlines and the results. Moriah was as good as they come, a genuinely loving and caring person. Her greatest win of all is what she shared with us, how she set an example that you can still be the fastest and yet the nicest competitor out there.”

FloBikes will provide a live broadcast to subscribers on its streaming platform beginning at 12:00 CDT on Saturday, which will include highlights from Unbound 100 and Unbound 200 starts earlier that day.