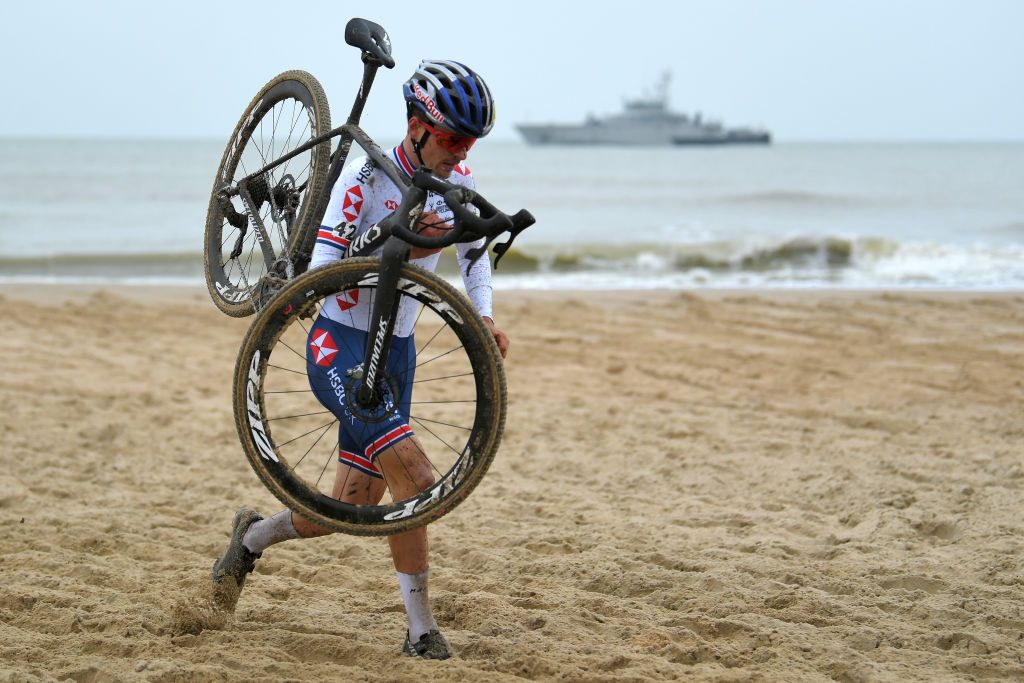 The organisers of the Superprestige in Boom have confirmed the race will go ahead amid the latest COVID-19 restrictions in Belgium. After some confusion over his starting contract, Tom Pidcock (Ineos Grenadiers) will be on the line along with Wout van Aert (Jumbo-Visma) – both making their season debuts.

With confirmed COVID-19 cases and hospitalizations surging, Belgium imposed new restrictions last week, leading Antwerp World Cup organisers Golazo to call off Sunday’s event. However, the Superprestige organisers will proceed with their race in Boom, less than 20km away from Antwerp.

Ineos Grenadiers confirmed Pidcock’s cyclo-cross schedule on Monday, listing the Superprestige in Boom this Saturday as his first race of the season – much to the surprise of the race organisers, according to Belga.

Pidcock’s coach Kurt Bogaerts revealed the calendar on Friday, saying the Briton would “start in Boom in basic condition, with zero preparation for cyclo-cross”. He could also reportedly race without a start money contract with the race organisation, who have used much of their rider budget on Belgian champion Wout van Aert (Jumbo-Visma).

Koen Monu, the organizer of the Superprestige round in Boom, said the announcement from the Olympic mountain bike champion was “very strange”.

“I recently heard on television that Tom will resume in Boom, but for the time being I have still not received a start contract or a proposal from him,” Monu said.

“I have not heard anything from his manager yet. The budget has been calculated, including the arrival of Wout van Aert, but not also the start of Tom. It is not yet clear how we are going to arrange all this.”

Pidcock is also due to start in the Val di Sole, Rucphen, Namur and Dendermonde World Cups in December and two Superprestige rounds in Zolder and Diegem as he ramps up to the World Championships in Fayetteville. His final races before Worlds will be Baal on January 1 and the Hulst World Cup the next day, then back-to-back races in Hamme and the Hoogerheide World Cup the weekend before Worlds.

Both Van Aert and Pidcock begin their cyclo-cross campaigns in Boom, followed now by the Val di Sole World Cup in Italy. Pidcock will wait until December 18 to compete against World Champion Mathieu van der Poel (Alpecin-Fenix) at the World Cup in Rucphen.

The trio of contenders were not expected to square off until the Dendermonde World Cup on December 26 as Van Aert will be away in mid-December for a Jumbo-Visma road training camp.