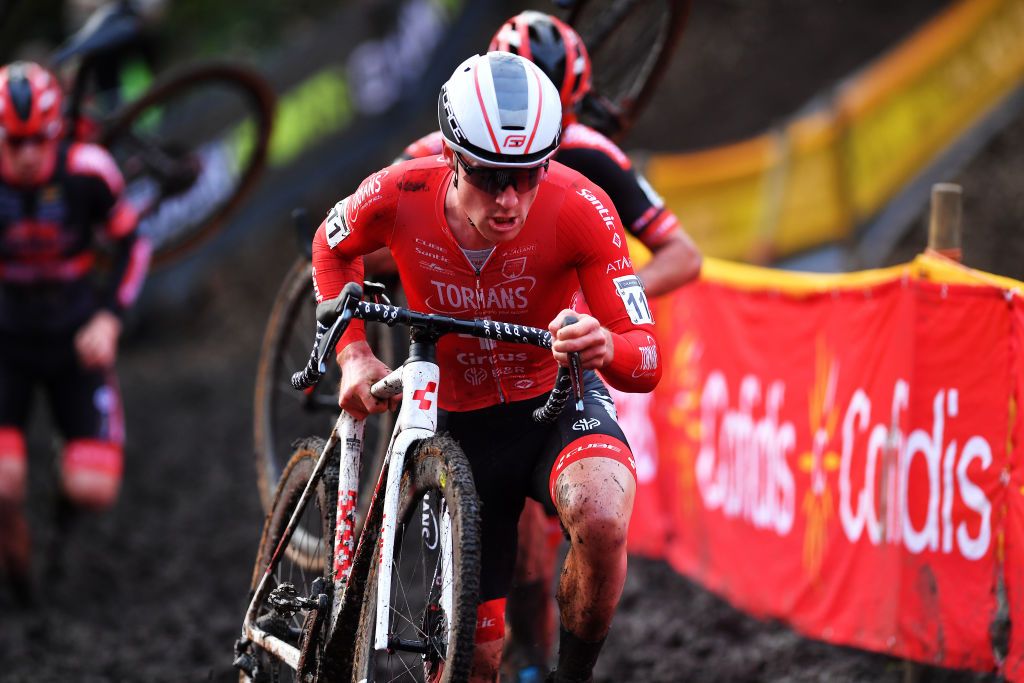 Much like the Netherlands and Belgium, the Swiss Cycling Federation has opted to send a much-reduced team to the UCI Cyclo-cross World Championships in Fayetteville, Arkansas this month and will have no riders for elite, U23 or junior women.

Just seven riders will fly the red-and-white colours of Switzerland at Worlds, with their best hope in Kevin Kuhn, who is 15th in the UCI rankings for elite men. Four U23 riders for the men will travel to the US and only one rider for the junior men’s race.

In the announcement, Swiss Cycling described the host city as “located in the northwest of the sparsely populated US state of Arkansas” and said “the journey is relatively long and arduous; there are fewer flights than usual due to the pandemic. It is therefore not surprising that a number of athletes have declared that they will not be taking part.”

Belgian Wout van Aert has opted to skip the Worlds to prepare for the road season with Jumbo-Visma, Mathieu van der Poel, the reigning elite men’s champion, is injured and will not travel to Arkansas with the smaller than normal Dutch delegation.

Neff, who won the gold medal in the women’s cross-country mountain bike race at the Tokyo Olympic Games, and National Champion Alessandra Keller are training with the national team in South Africa this month.

Neff competed in the three-race UCI Cyclo-cross World Cup swing in the US last fall, a fourth place in Waterloo her best finish of the campaign. She won her opening event at Trek Cup on the same course, a C2-level race.