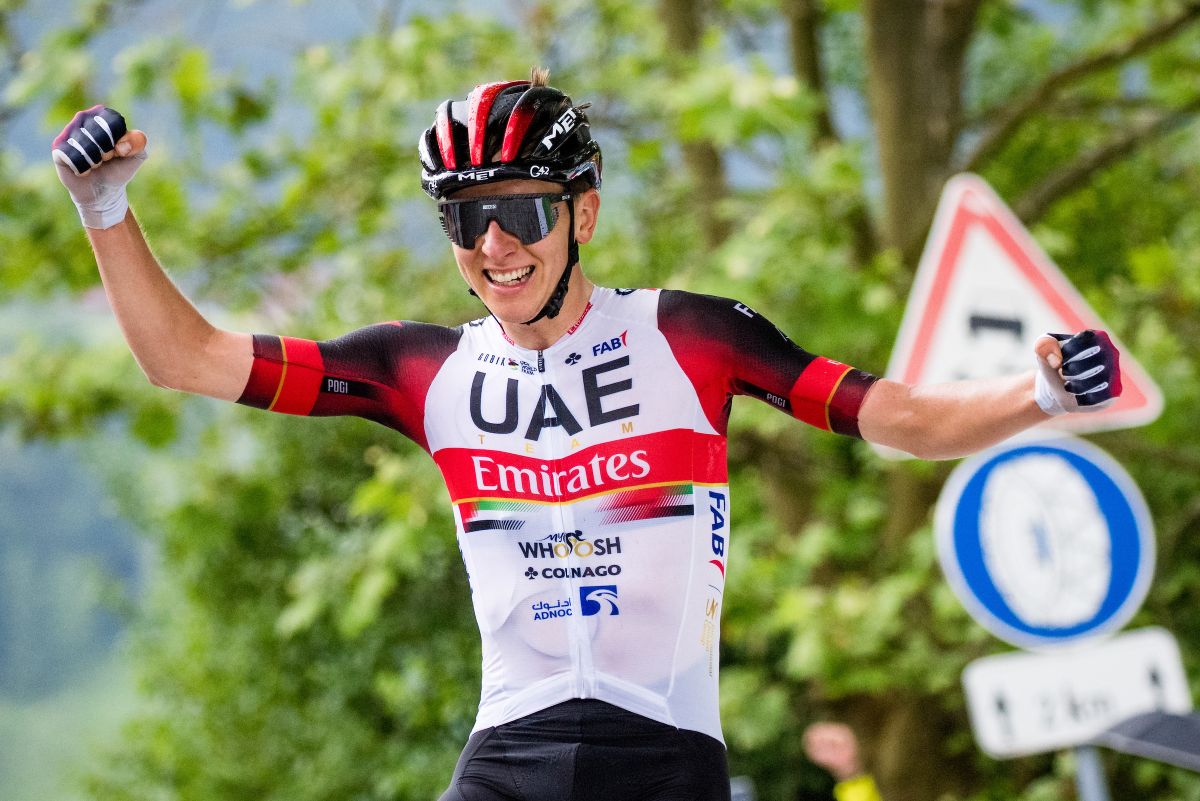 From the loneliness of the altitude training camp to the clamour of the home crowd. Tadej Pogačar has been cloistered in Livigno in recent weeks preparing for the Tour de France, but he will now take stock of his form on familiar roads at the Tour of Slovenia.

The five-day Tour of Slovenia gets underway in Nova Gorica on Wednesday, with Pogačar lining out as the defending champion and the main attraction. The main event in July is, like in 2020, expected to be a Slovenian derby with Primoz Roglič (Jumbo-Visma), but in this curtain raiser, Pogačar alone takes centre stage.

The 23-year-old hasn’t raced since he placed 12th at Flèche Wallonne in April. As in 2021, he opted against tuning up for the Tour at the Critérium du Dauphiné or Tour de Suisse, preferring instead to avail of the rare opportunity to race in his native land.

Twelve months ago, Pogačar charted a roughly similar course. He spent six-and-a-half weeks away from racing following his victory at Liège-Bastogne-Liège, but he hit the ground running in Slovenia, dominating the second stage to Celje to place a hefty deposit on final overall victory.

This time out, the lay-out of the calendar – and his enforced absence from Liège-Bastogne-Liège – means that Pogačar has spent eight full weeks away from racing, but the slightly extended break might serve him well. His busy Spring schedule included Milan-San Remo and the Tour of Flanders, after all, while he is also slated to race the Vuelta a España after the Tour.

“It’s been a while since I last pinned on a race number so I’m eager and excited to get back into it,” Pogačar said.

“We’ve been training at altitude in Livigno and the atmosphere has been great in the team. I’ve been feeling pretty good in training, but it’s always hard to know exactly how you’re going until you’re in the race.”

Pogačar first participated in the Tour of Slovenia in his first year out of the junior ranks in 2017 and the race presented him with an early chance to test himself against WorldTour professionals. He would hint at his potential with an assured fifth place behind future teammate Rafal Majka.

A year later, Pogačar improved to fourth overall in a race won by Roglič, who would go on to challenge for a spot on the Tour de France podium a month later. As a neo-professional in 2019, he again had to settle for fourth place, this time behind UAE Team Emirates companion Diego Ulissi.

Pogačar’s standing was altogether different by the time the Tour of Slovenia returned to the calendar in 2021 after a hiatus due to the COVID-19 pandemic. The race doubled as a public homecoming after his victory in the previous year’s lockdown Tour de France and as a statement of intent ahead of his title defence.

For this, his fifth participation in the Tour of Slovenia, Pogačar sets out with the number one dossard and backed by the strongest team in the race. Already winner of seven races this season, he is the overwhelming favourite to add to that tally this week. In many respects, his performances will be measured not against the rest of the field in Slovenia, but against what the absent Roglič and Jumbo-Visma managed at the Dauphiné last week.

The manner of Roglič’s overall victory, which came ahead of his teammate Jonas Vingegaard, has raised expectations that Pogačar might be pushed rather closer this July than he was during last year’s procession.

Then again, in the Spring, when Pogačar was busy winning Strade Bianche and sowing panic in the peloton at Milan-San Remo and the Tour of Flanders, he was being compared with Eddy Merckx rather than his fellow countryman. At times, he seemed to be operating in a race of his own. And, despite the presence of men like Matej Mohorič (Bahrain Victorious) and Majka, that is the expectation in Slovenia this week too.

Pogačar will be flanked in Slovenia by Majka, Mikkel Bjerg, Jan Polanc, Rui Oliveira, Vegard Stake Laengen and sprinter Pascal Ackermann. The WorldTour opposition will be provided by the Bahrain Victorious squad of Mohorič and Jan Tratnik, a BikeExchange-Jayco team that includes Matteo Sobrero and Lucas Hamilton, and an Astana-Qazaqstan selection with Fabio Felline.

With four of the five stage features climbs in the finale, the terrain also seems most amenable to Pogačar. On the opening day, the category 2 climb of Radzdrto is followed by a 15km plateau to the finish in Rogaska Slatina. Stage 3 includes the category 2 ascent of Svetina and then the stiff, 2km haul to the finish in Celje, where Pogačar won a year ago. The penultimate stage finishes atop the challenging Velika Planina, while the grand finale in Novo Mesto includes the short, sharp haul up Trska Gora in the run-in.

A couple of days ago, when the race organisation put out a statement proudly pointing to the increased international presence expected in the press room this year, it was hard not to think of the Nissan Classic of the 1980s. Ordinarily, a bike race in Ireland in early October would not have drawn the eye, but the presence of world number one Sean Kelly and Stephen Roche guaranteed both huge crowds on the roadside and the attention of the international press. One regular visitor was L’Équipe correspondent Jean-Marie Leblanc, soon to be appointed Tour de France director.

Pogačar will navigate similar attention, from press and public alike, this week in Slovenia. Indeed, just as the Nissan Classic routinely visited Kelly’s fiefdom in Carrick-on-Suir, the 2022 Tour of Slovenia makes a point of passing through Pogačar’s hometown of Komenda on Saturday.

That stage, the toughest of the race, finishes with a category 1 summit finish at Velika Planina (7.7km at 7.9%). It’s precisely the kind of terrain where a defending Tour champion might be tempted to lay down a marker ahead of his major rendezvous.

“I obviously know the roads and climbs quite well, and I look forward to see friends and family who will be out cheering the race,” said Pogačar. “The parcours is tough and there will be strong rivals but hopefully we can pull off some good results along the way and enjoy a nice week of racing.”