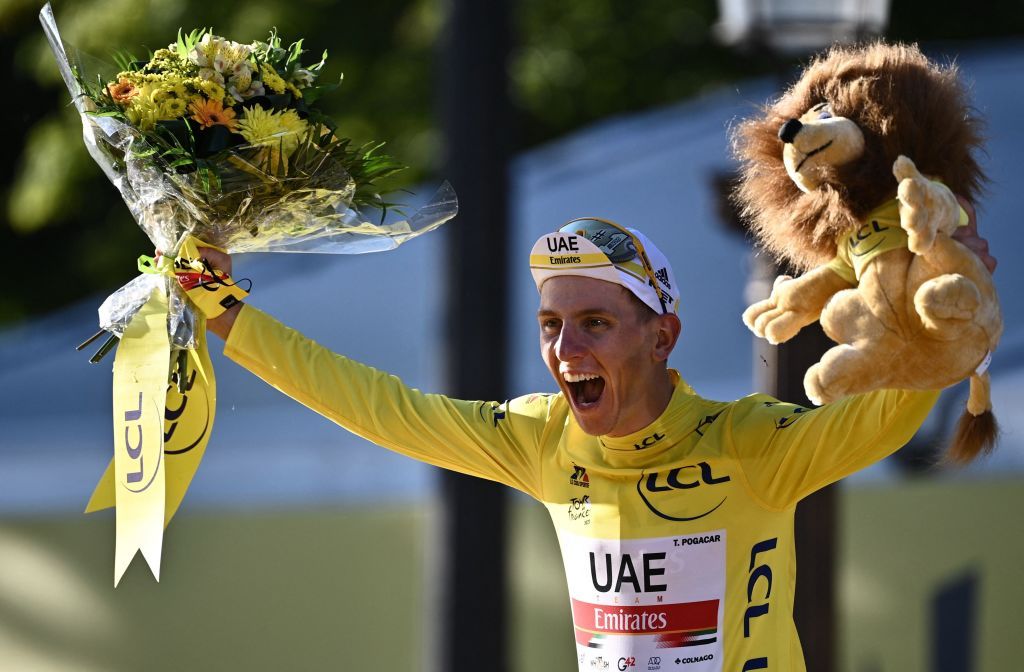 The very modern tradition of handing a microphone to Tour de France champions to address the multitudes on the Champs-Élysées began in 2005 when Lance Armstrong claimed what was then a record seventh overall victory and proceeded to admonish the “cynics and sceptics” for refusing to believe in miracles.

Tour champions have tended to be rather more conciliatory in tone in the years since, with any edge largely limited to attempts at comedy, from Bradley Wiggins quipping about raffles to Geraint Thomas’ mike drop at the end of his speech three years ago.

Tadej Pogačar, always courteous but usually sparing in his public utterances, was never likely to buck the trend and provide a memorable oration from the podium on the Champs-Élysées. Rather than take aim at those who questioned his performances, he preferred to limit himself to thanking his team, the race organisation and the spectators.

When Pogačar won his first Tour last September, victory came as a surprise and at the expense of his fellow Slovenian Primož Roglič. Even the yellow jersey himself confessed to mixed feelings that evening, but there was no such riot of emotions to quell on this Tour. Pogačar’s dominance has been total throughout, and the race was effectively won by the time he crested the summit of the Col de Romme on stage 8. He could have been jotting notes for a victory speech for the past two weeks.

“Last year, I should have written a speech for my first Tour de France victory but I didn’t know how to write it. Also, this year, I said ‘OK, I’m going to speak from the heart and just say what I have to say,'” Pogačar said on Sunday, before thanking the French public and “all the friends of cycling in the whole world.”

Pogačar won last year’s Tour with limited support from a depleted UAE Team Emirates squad, and their ability to support him was questioned when this race set off from Brest. Their collective display in the Pyrenees offered a retort of sorts, though Pogačar had already made a point of repeatedly and publicly praising his squad throughout his tenure in yellow.

It seems unlikely that Sunday’s will be the final Tour winner’s speech of Pogačar’s career. His supremacy on this Tour was absolute, and while Egan Bernal and a fit Roglič would surely have pushed him closer, it is unclear if even they would have had an answer to his overwhelming shows of strength on two sodden days in the Alps.

The oft-repeated truism of this Tour was that Pogačar was his own greatest rival across these three weeks, and that might also be the case for the coming years of his career. Riders of the quality of Bernal and Remco Evenepoel are near contemporaries, of course, but Pogačar has given the impression this season of being able to go to places that no one else can reach.

Then again, Laurent Fignon looked set to dominate an era when he won his second Tour in succession in emphatic fashion in 1984, but injury and ill health blighted much of his career thereafter. There were still high points, like wins at Milan-San Remo and the Giro d’Italia, but he would wear yellow on the Champs-Élysées just once more when he lost the lead on the final day to Greg LeMond in 1989. Nothing is set in stone, but Pogačar insisted his appetite was not sated by another Tour victory.

“I will remain motivated in the coming years, but what comes next will come next… I’m not stressed about it,” said Pogačar, who will travel to Tokyo on Monday ahead of next weekend’s Olympic Games road race, where he lines out alongside Roglič for Slovenia.

Last September, they raced together for their national team at the Imola World Championships just days after that most dramatic denouement to the Tour. If Pogačar’s celebrations were tinged with pathos for Roglič on that occasion, there was no such confusion this time out. In 2021, the story and the race were his alone.

“It’s quite different. Last year, I felt strong, incredible emotions,” he said after completing the final stage on Sunday. “This year I’m again here, standing atop the podium, but the feelings are quite different.”